Reba McEntire, Bobby Braddock, and Jean Shepard will be inducted into the Country Music Hall of Fame.

Modern Era: Reba McEntire
Reba has sold more than 55 million albums worldwide, and to date has achieved 35 No. 1 singles. She has received 6 CMA Awards, and 2 Grammy Awards.
McEntire’s career got off to a slow start, but by 1984 she soaring. That year she won the CMA Female Vocalist of the Year Award for the first time. She would go on to win this Award for four consecutive years (1984-1987), and is currently tied with Martina McBride for the most wins in this category. The year 1986 brought further honors, as she joined the Grand Ole Opry, and was named CMA Entertainer of the Year.
After getting a taste of acting from her music videos, Reba began exploring her options in Hollywood. She first appeared in the 1990 hit Tremors, and went on to be in many more films, as well as star in her own TV sitcom. Further diversifying, she launched a successful clothing and home goods line at Dillard’s.
But she was never far away from the music, continuing to chart huge hits throughout the ‘90s and into present day. Some of her best known songs include “You Lie,” “Rumor Has It,” “Fancy,” “Is There Life Out There,” “The Night the Lights Went Out In Georgia,” “Take It Back,” “The Heart Won’t Lie” (a duet with Vince Gill), and “Does He Love You” (a duet with Linda Davis, which a CMA as well a Grammy Award).
She was unable to attend today’s event because she is in Tulsa, OK, where her father is in the hospital following a stroke. In a statement she said, “It is a wonderful honor and a very emotional time in my life.”
Veterans Era: Jean Shepard
Often called The Grand Lady of the Grand Ole Opry, Shepard charted 44 hits between 1953 and 1978, starting with her first hit, the Ferlin Husky duet “A Dear John Letter.” She has been a member of the Grand Ole Opry for more than 50 years.
Hank Thompson helped Shepard get a deal at Capitol Records in 1952 and connected her with his producer, Ken Nelson.
She would go on to have hits with songs such as “Twice the Lovin’ in Half the Time,” “Don’t Fall in Love With a Married Man,” “The Root of All Evil (Is a Man),” and “The Other Woman,” all songs that presented a strong and, rare for that era, empowered female point of view, which later influenced artists including Loretta Lynn and Jeannie C. Riley.
In 1955, Shepard reached No. 4 on the Billboard Country Singles Chart with “A Satisfied Mind.” Her success continued throughout the ‘60s and ‘70s, including joining the cast of ABC Television’s Ozark Jubilee.
Songwriter category: Bobby Braddock
Bobby Braddock has been writing hit songs in Nashville for five decades, leaving an indelible mark on the city’s musical landscape. He is known for classics like “D-I-V-O-R-C-E” and “He Stopped Loving Her Today,” to more modern hits like “I Wanna Talk About Me” and the recent “People Are Crazy.”
Braddock moved to Nashville in 1964 and soon became the piano player for Marty Robbins. A year later, Robbins had a hit single with the Braddock-penned “While You’re Dancing.” Braddock released three major label albums and also performed in Country Music-themed movies, such as Music City U.S.A (1966) along with Loretta Lynn, and fellow inductee Jean Shepard.
His success continued in the ’90s with major hits like “Time Marches On” and “All My Old Flames Have New Names.”
His talents also extended to the producer chair, where he worked on Blake Shelton’s first five albums.
Braddock, who is also a member of the Nashville Songwriters Hall of Fame, responded at today’s event, “I feel like Minnie Pearl— I’m just so proud to be here.” 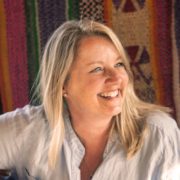