Red Light Management will partner with Bicycle Music and its affiliate, The AF Circle C Fund, to exploit Tammy Wynette’s name, likeness and image rights. Through its affiliate the AF Circle C Fund, Bicycle Music controls substantial copyright interests in Wynette’s catalog of works and master recordings as well as her name, likeness, image rights and trademarks (Stand By Your Man™, Tammy Wynette™, and First Lady of Country Music™).
“Tammy Wynette will always be one of the greatest and most influential artists in country music, a true icon,” said Bicycle CEO Roger Miller. “We are dedicated to preserving her legacy and ensuring that the world will continue to enjoy her music and her image for generations to come.”
“Having worked with Tammy in the mid to late ’80s, it’s undeniable the influence she had not only on country music, but across so many spectrums of the industry”, said Red Light Management’s Fletcher Foster. “Along with a massive catalog of hits, she broke ground as one of the first country artists to tour overseas. She appeared on MTV in the ‘90s with an international #1 dance hit. Her voice still defines country music, and her legacy earns her the title of ‘the First Lady of Country Music’.”
Born in Mississippi, Wynette dreamed of appearing on the Grand Ole Opry from an early age, inspired by her father, a sharecropper and part-time musician. She moved to Nashville in 1966 and was signed by producer Billy Sherrill. Their legendary partnership resulted in 35 No. 1 hits, including “My Elusive Dreams” (her first chart-topper), “I Don’t Wanna Play House,” “D-I-V-O-R-CE” and her trademark song, “Stand By Your Man.” 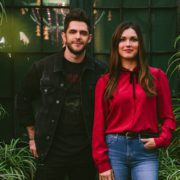