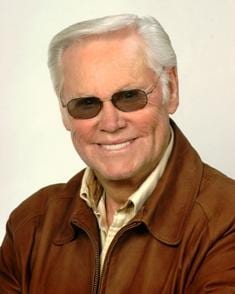 Jones to be released from hospital • Gibson Guitar indictments • Emily Hester hired at Hall of Fame • Radio Nectar debuts • A Thousand Horses EP • Fred Eaglesmith in Nashville
>>George Jones spent last night (1/5) in a Nashville hospital following a routine check-up. His reps report he is resting comfortably and will be released today (1/6). He jokes, “I just decided I didn’t want to drive back to Franklin in this cold weather. So I guess I’ll stay here overnight and go home tomorrow!”
>>The Nashville Post reports that indictments are likely in the investigation of potentially illegal wood seized from Gibson Guitar.
>>Emily Hester has joined the Country Music Hall of Fame® and Museum as media relations coordinator. She can be reached at (615) 291-8406 and [email protected]
>>Nectar Media has launched Radio Nectar, a remnant advertising service to help radio stations with unsold advertising inventory. Nectar Media is headed by President Marcus Rowe.
>>Nashville quintet A Thousand Horses has released a self-titled EP through DCG/Interscope/Vanhowes Records. They play 12th & Porter on Jan. 29.
>>Fred Eaglesmith will make a stop in Music City at The Basement on 1/23. His latest album, his 18th, Cha Cha Cha, was released in June.