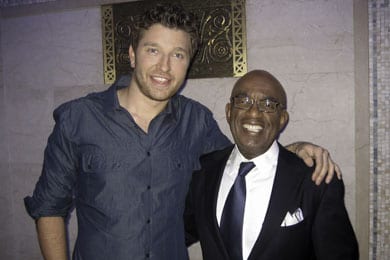 Atlantic Records’ rising star Brett Eldredge made his debut television appearance Dec. 4 on the Alzheimer’s Foundation of America’s “Together for Care” telethon. Eldredge performed his single “Raymond,” which he wrote after being inspired by his grandmother’s battle with the disease. Among the other stars on the telethon were Al Roker from NBC’s Today Show.

Eric Lee Beddingfield visited the MusicRow offices last week to share new music from his album This Life Ain’t For Everybody. The Rebel Dawg Records release features the single “The Gospel According to Jones,” with guest vocals by the Possum himself. Beddingfield wrote or co-wrote all the songs on the album which was produced by Kent Wells (Dolly Parton/Keith Whitley/Hank Williams Jr/Reba McEntire). 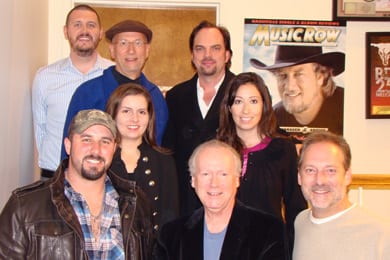