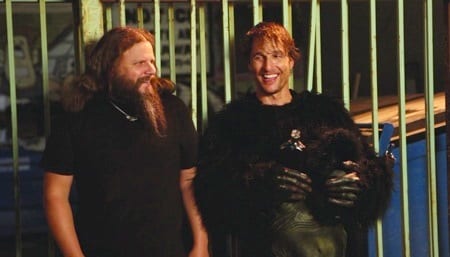 Jamey Johnson recruited actor pal Matthew McConaughey to direct and star in the video for his latest single “Playing The Part.” The shoot took place last week at the famed Los Angeles intersection of Hollywood Boulevard and Highland Ave. The song is the lead single from Johnson’s double album, The Guitar Song, which debuted at No. 1 last week on Billboard’s Top Country Albums chart and No. 4 on the Billboard 200.

Johnson first met McConaughey backstage at the Academy of Country Music Awards in 2009 in Las Vegas, right after winning the Song of the Year trophy for “In Color.” McConaughey told Johnson he had been listening to his album That Lonesome Song and even quoted lyrics from a few tracks. They became fast friends and Johnson performed at McConaughey’s 40th birthday celebration.

McConaughey told today’s Los Angeles Times, “With a lot of artists, their art is one thing and they’re another but there is no separation between Jamey’s music and him. Jamey doesn’t perform, he’s just who he is. His music is about real life: hard, honest, and funny. His subjects are simple and universal but his point of view on them is where he’s a poet—like his first person point of view as the heartache in his song ‘Heartache.’ He sings about and paints pictures of places we’ve all been before but the way he sees them is his and his only.” 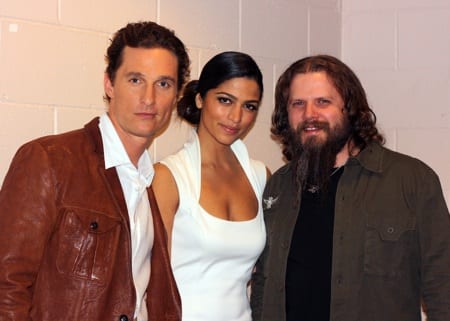 McConaughey, his girlfriend Camila Alves, and Johnson at the 2009 ACM Awards.