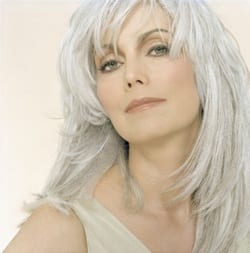 Emmylou Harris is among the performers slated for the Americana Music Awards.

Jim Lauderdale will continue his tenure as master of ceremonies, joined for another year by Buddy Miller and his all-star house band. More than 2,000 artists, music lovers and industry executives attend the annual show, which is the capstone of the Americana Music Festival & Conference.

Slated for September 8-11, the conference offers seminars, panels and networking opportunities at the Downtown Nashville Sheraton Hotel by day, and numerous showcases each evening.

The Honors & Awards are presented by the Gibson Foundation. Details about the conference and awards show here.