Tootsies Orchid Lounge will mark its 50th anniversary with a concert at the Ryman Auditorium starring Kris Kristofferson. With more artists announcements coming, the line-up for the November 7 show will highlight the Nashville institution’s rich history.

The concert will be part of a network television special and documentary to be produced by Nashville-based Travis Television.

From 1960 when she took over Mom’s bar and named Tootsies, until her death in 1978, Hattie Louise “Tootsie” Bess helped nurture many struggling singers and songwriters. Thanks to its location by the Ryman, her beloved bar was frequented by Grand Ole Opry stars. Legend has it that Kristofferson and Willie Nelson may have lived in the watering hole’s upstairs before their careers took off. 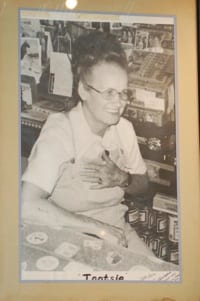 Today Steve Smith is Tootsies’ proprietor, he will host the official VIP after-party at Tootsies following the anniversary show at the Ryman.

Details on $150 VIP packages, and $40 show tickets can be found at www.tootsies.net.