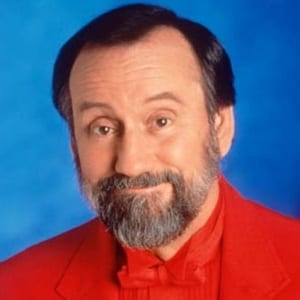 Staffers at the Country Music Hall of Fame and Museum have been busy preparing for big events this month featuring Ray Stevens and songwriters Kent Blazy and Cory Batten—all in the midst of an exciting revamp of its permanent exhibit.

The Hall will salute Ray Stevens on Saturday, April 24, as part of its Nashville Cats series focusing on musicians. Although best known for comedic hits like “The Streak,” and country/pop standards such as “Everything Is Beautiful,” Stevens is also a songwriter, multi-instrumentalist, arranger and producer who has contributed to recordings by Patti Page, Dolly Parton, and Elvis Presley. Hosted by Bill Lloyd, the tribute to Stevens will include a brief performance and in-depth interview illustrated with vintage recordings, photos and film clips. It will also be streamed live. Details here.

The Hall’s annual Words & Music Night, which pairs local students with professional songwriters to help perform their original compositions, is set for April 27. Songsmiths Kent Blazy and Cory Batten, writers of tons of hits including Garth Brooks’ “Ain’t Going Down (Til the Sun Comes Up),” Chris Young’s “Gettin’ You Home (the Black Dress Song),” and Blake Shelton’s “She Wouldn’t Be Gone,” will perform and host.

Words & Music Night is the culmination of the yearlong Words & Music program about songwriting, which had more than 4,300 student participants this school year, who wrote songs which were put to music by professional songwriters.

Justine Gregory, director of education and public programming for the Museum, explains, “When the students perform their songs on the Ford Theater stage with professional songwriters, it is not only a proud moment for the audience of parents, teachers and Museum staff, but also an evening of first-rate entertainment.”

Meanwhile, additions and revisions to the Museum’s core exhibition, Sing Me Back Home: A Journey Through Country Music, are expected to be completed next month. The updates focus on country music’s last five decades, highlighting country-rock, pop-country, southern rock, full-strength classic country, and the “Urban Cowboy” craze.