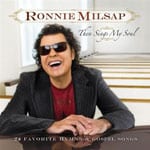 No, not the holiday, silly. It’s a day when we have new music from some of country music’s vets. Aaron Tippin, Ricochet and Ronnie Milsap are all dropping by with new sounds. And the magnificent Mr. Milsap wins a Disc of the Day award. 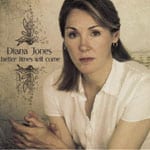 Our DisCovery Award winner leans more toward the Americana side of the spectrum. But Diana Jones is such a strong writer that some of country’s stars should start checking out her catalog. Actually, this is Diana’s second appearance, too. But her last CD was three long years ago, and this new one is, for now, being marketed from the U.K.

DIANA JONES/Better Times Will Come
Writer: Diana Jones; Producer: Diana Jones; Publisher: Yarjones, ASCAP; Proper (track) (www.dianajonesmusic.com)
—The title tune to this singer-songwriter’s current collection is rippling acoustic tune of hope sung in a throaty, resonant alto. Guests on the CD include the esteemed Nanci Griffith and Mary Gauthier. Another standout track is “Henry Russell’s Last Words,” based on the true story of a doomed miner writing on a paper sack with a piece of coal in 1927. You can also find it on Joan Baez’s excellent, Steve-Earle-produced album The Day After Tomorrow.

CHRIS LOID/Back Road Home
Writer: none listed; Producer: Chris Loid; Publisher: none listed; Chris Loid Entertainment (track)
—The title track to this fellow’s CD shows off his vocal range. But even though it’s a song about murder, there is something curiously colorless about his singing.

RICOCHET/Feel Like Fallin’
Writer: Shane Teeters/Luke Bryan; Producer: Robert Wright; Publisher: Murrah Music/Shane Teeters/Universal/Z, BMI; M (www.ricochetonline.com)
—This band’s harmony singing has always been thrilling. They really turn it on in the joyous-sounding choruses here. The bridge is cool, too.

AARON TIPPIN/East Bound And Down
Writer: Jerry Reed/Dick Feller; Producer: Aaron Tippin & Tim Grogan; Publisher: Songs of Universal, BMI; Nippit (track) (www.aarontippin.com)
—Aaron’s new trucker-themed CD In Overdrive kicks off with this spirited remake of the Burt Reynolds 1977 Smokey and the Bandit movie tune. It bops right along, very much in the same vein as the Jerry Reed original, so some might find it a little “dated” sounding.

RICHARD JAYMES/Dollar And A Dream
Writer: Richard Jaymes; Producer: none listed; Publisher: Southern Pop, BMI; Shotgun/CO5 (CDX)
—This was one of the many newcomers making their debuts at last week’s Country Radio Seminar. His singing is rather bland, and is swamped by the amped-up instrumental track at times.

NEIL CARSWELL/Bright Lights
Writer: Neil Carswell; Producer: Stu Campbell & Neil Carswell; Publisher: Lake James/GHP, ASCAP; Aspirion (CDX)
—The buzzing guitar sound is cool, and this man sings with plenty of grit and fire. This is the second time we’ve encountered this distinctive stylist, and I’m even more impressed than I was the first time around.

MICHAEL SCOTT/Bring It On
Writer: Arnie Roman/Mark Mormon; Producer: Ricky Cobble & Michael Scott; Publisher: Roman Empire/Fintage/Rev’d Up/Songs of Windswept Pacific, ASCAP/BMI; Rocky Comfort (CDX) (www.michaelscott.com)
—This guy sings with hearty confidence and immense warmth. And judging by the superb dynamics in the track, he truly knows his way around a recording studio. To top it all off, the song is a doozy. This is Scott’s second rave in this column, so I thought I’d check out his website. It turns out that this is the title tune to his debut CD for Tracy Lawrence’s label. Definitely send more.