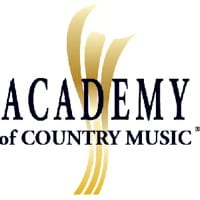 Instead, these Special Awards, Industry Awards and MBI Awards are presented to recipients at the ACM Honors, a special event set for Tuesday, September 21, 2010 in Nashville.

The April 18 ACM Awards ceremony will be broadcast live from the MGM Grand in Las Vegas on CBS.

Poet’s Award—Don Schlitz and Cindy Walker have been selected to receive the Poet’s Award, which honors songwriters for outstanding musical and/or lyrical contributions throughout their careers in the field of country music.

Tex Ritter Award—Crazy Heart has been chosen as the recipient of the Tex Ritter Award, which is given to a movie released and/or receiving major exposure during the preceding calendar year, featuring or utilizing country music. Crazy Heart is produced by CMT Films, Butcher’s Run Films and Informant Media; and distributed by Fox Searchlight Pictures. The movie soundtrack was produced by T Bone Burnett, who also co-wrote the original song “The Weary Kind,” with artist/co-writer Ryan Bingham.

In more ACM news, online fan voting is now open for Entertainer of the Year and Top New Artist at www.voteACM.com. The winner will be announced on the 45th Annual Academy of Country Music Awards on Sunday, April 18.

Fans can vote for Top New Artist through the start of the live broadcast and Entertainer of the Year into the third hour of the show.