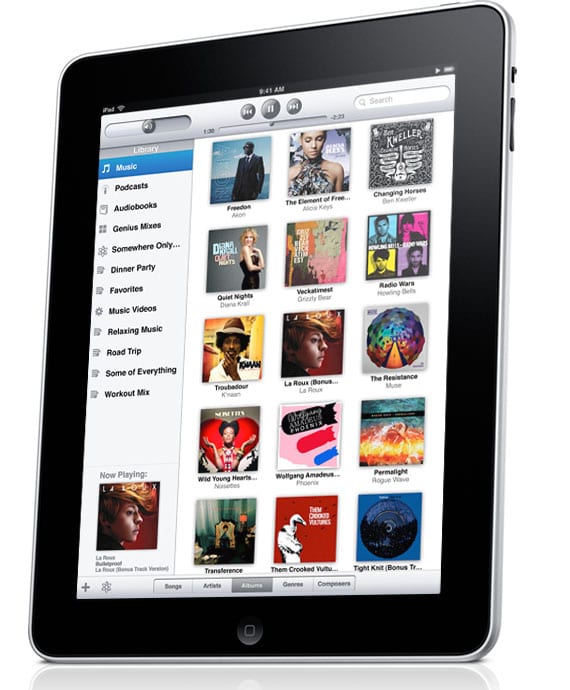 The iPad will be able to run many of the existing apps compatible with the iPhone, but will also feature device-specific applications such as a version of Apple Productivity suite iWork. Additionally, Apple’s announced the launch of iBooks, an electronic reading application and store that aims to compete with Amazon’s Kindle reader.