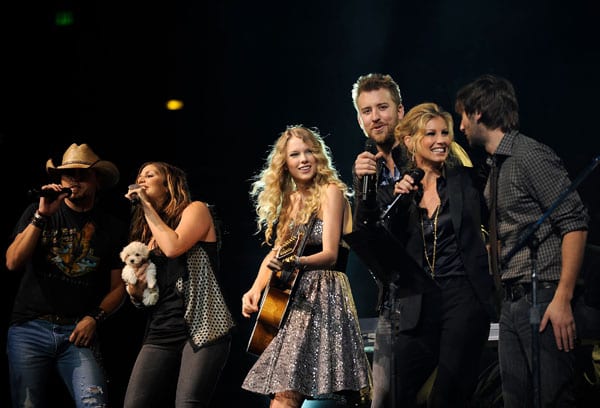 Even the ushers were dancing in the aisle last night (10/13) as Keith Urban blazed through “Sweet Thing,” “Better Life,” and a slew of other hits during his We’re All For The Hall concert at the Sommet Center. He spearheaded the benefit for the Country Music Hall of Fame and Museum and recruited the stellar talent of Vince Gill, Taylor Swift, Faith Hill, Brad Paisley, Dierks Bentley, Jason Aldean, Lady Antebellum and Little Big Town to join him. That line-up combined with tickets priced around $25 assured a sold-out event.

Gill, a longtime Hall of Fame advocate started the All For The Hall fundraising initiative a few years ago, suggesting that all artists donate just one night’s proceeds to the cause.

Toward the end of the night, Urban told the audience to mark their calendars for Oct. 5, 2010, for the second annual concert.

A full report on the event was sent out this morning in @MusicRow, for paid subscribers. 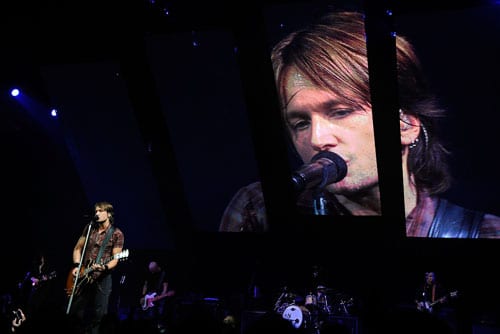