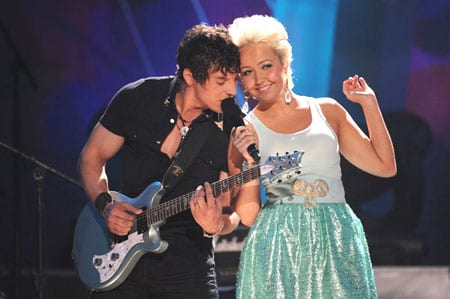 Steel Magnolia are winners of the second season of the CMT music competition series Can You Duet. The on and off-stage couple, Meghan Linsey and Joshua Scott Jones, leave the show with a recording contract from Big Machine Records after being selected by judges Naomi Judd, Big Kenny, and Big Machine Records’ President Scott Borchetta.

The duo is hitting the ground running with the debut single, “Keep On Loving You,” which they performed on the season finale. It is now available for purchase at iTunes, and was digitally delivered to Country radio for immediate airplay. This week will be a whirlwind for Steel Magnolia as the duo has a full day of media at CMT on Monday, will shoot their first-ever music video on Tuesday and then on Wednesday will hit the road on a radio tour. The media blitz will also include multiple TV appearances, newspaper and online interviews as well as fan meet and greets.

A native of Ponchatoula, La., 23-year-old Meghan Linsey formed Steel Magnolia with her boyfriend of three years, Joshua Scott Jones. Before entering the competition she was a karaoke host at a Nashville karaoke bar, where the two met. Meghan’s musical influences include Bekka Bramlett, Aretha Franklin and Bonnie Raitt. Jones, 28, is from Charleston, Ill. and lists Waylon Jennings and The Beatles as musical influences. 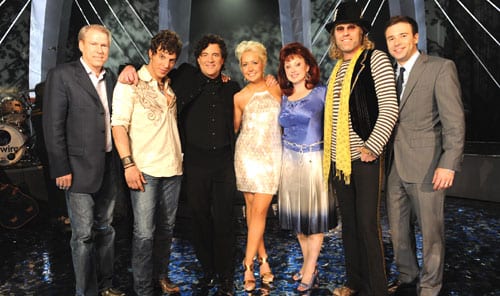