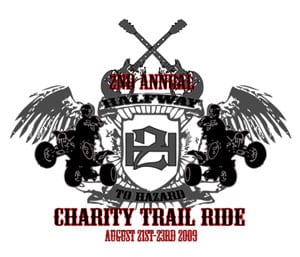 Tim McGraw will headline the 2nd Annual Halfway to Hazard Charity Trail Ride, a weekend of music and over 1,000 ATV’s on Aug. 22-23 in Eastern Kentucky. Hosted by Halfway to Hazard—the duo signed to McGraw and Byron Gallimore’s StyleSonic Records—the concert will also feature Dierks Bentley, Danielle Peck, Gabe Garcia, and Krista Marie performing to raise money for Buckhorn Children’s and Family Center in Crockettsville, Kentucky. Special appearances will be made by NASCAR legend Kyle Petty, Motorcross great Ricky Carmichael, and country artists James Otto and Keith Anderson, who will participate in the ATV ride.

Last year’s inaugural event drew over 7,500 people and raised over $110,000 for Buckhorn Children’s and Family Center, an organization committed to caring for suffering children and families in Kentucky and Ohio.

Halfway to Hazard is currently on a radio tour promoting their new single, “I Know Where Heaven Is.” The single began impacting Country radio on July 20 and will appear on the duo’s yet-to-be named sophomore album (StyleSonic/Picnic Hill Records/Bigger Picture) due out in the third quarter of 2009.

For additional information on the 2009 Halfway to Hazard Charity Trail Ride visit www.h2hcharitytrailride.com.