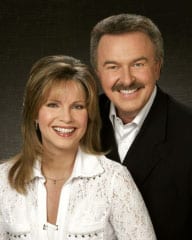 The Crook & Chase television show will launch a special series taping at the Country Music Hall of Fame® and Museum’s Ford Theater on Aug. 4. The first episode will feature Joe Nichols debuting two songs from his upcoming album in an acoustic performance. Because each show will also feature a Hall of Fame member, Statler Brother Jimmy Fortune will be on hand for the first week to talk about his induction and perform.

The Crook & Chase Hall of Fame Super Series! will be taped before a live audience every Tuesday from 3 -4 PM, Aug. 4 through Sept. 8. Audience seating is complimentary with paid admission to the Country Music Hall of Fame and Museum or for Museum members. A highlight will be the Aug. 11 visit by new Hall of Fame inductee and legendary entertainer Barbara Mandrell.

This unique partnership with the Country Music Hall of Fame and Museum expands the ongoing mission of Crook & Chase via their national television, radio, and internet platforms to present Nashville as an exciting tourist destination. Specifically, this series is designed to support the Museum’s membership initiative, as well as spotlight the exhibits and programming.

The Crook & Chase Hall of Fame Super Series! will air Thursdays at 7 PM/CT, and Saturdays at 6 PM/CT on RFD-TV from Aug. 13 through Sept. 19.