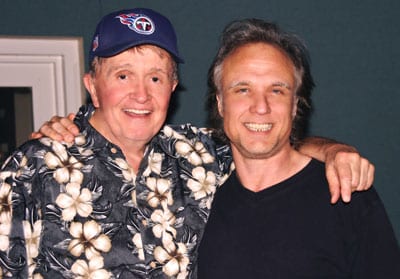 Whisperin’ Bill Anderson teamed-up with his producer/engineer Rex Schnelle, this week to begin recording a new CD at studios in Nashville. Anderson notes that the album will contain songs he has written with such collaborators as Jamie Johnson of the Grascals, Brad Paisley, Jon Randall, Rivers Rutherford, Buddy Cannon, Tim Nichols, Barry Dean, and Casey Beathard. The project is expected to be available before Christmas in select stores and at billanderson.com 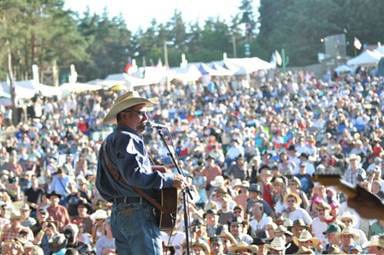 Texan Jeff Griffith was in Craponne-sur-Arzon, France recently for the 22nd Country Rendez-Vous Festival, which drew over 28,000 country music fans from Europe and beyond. Running July 24-26, Griffith headlined with Jo Dee Messina, Eric Church and The Flatlanders. He played to a crowd of over 9,000, offering music from his debut CD, If It Ain’t One Thing It’s Another, as well as five of his own newly-written songs. The crowd not only sang along, but line-danced to Jeff’s current hit, “Dip Me In Beer,” and cheered him on to three encores. Several of Jeff’s Festival performances, including “Dip Me in Beer,” can be enjoyed on YouTube, here.