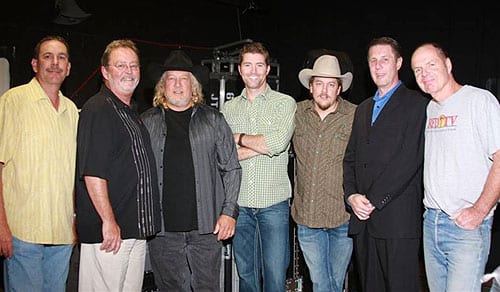 On Wednesday night (7/22), multi-platinum MCA recording artist and award-winning songwriter Josh Turner headlined the Nashville Songwriters Association International’s inaugural “It All Begins With A Song” Performance Series at the Wildhorse Saloon. During the sold-out show, he invited special guests/hit songwriters John Anderson, Shawn Camp and Pat McLaughlin to the stage for acoustic sets. The packed-house was treated to Turner’s hit singles, including “Long Black Train,” “Firecracker” and “Another Try.” Turner was also presented with a Lifetime Membership to NSAI for his continued support.