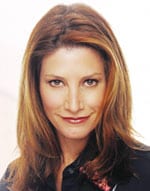 Tracy Gershon has joined Warner/Chappell Music in the newly created position of Senior Vice President and Head of A&R, Nashville. After more than twenty years in the music business, she most recently spent three years as Vice President, A&R at Warner Bros. Records Nashville, working with artists including Big & Rich, Faith Hill, and Blake Shelton.

“I am truly excited about Tracy coming on board to lead and oversee our A&R efforts in Nashville,” says Francis. “She is a truly special, creative executive who is able to identify and successfully develop emerging songwriters and artist-songwriters early in their career and help them reach their full potential.”

Gershon has also worked for Sony Music Entertainment in Nashville as Senior Director, A&R, and handling Artist Development for Columbia Records/Epic. During that time she served as an on-air judge and supervising producer for the 2002-2004 seasons of Nashville Star. She currently sits on the Board of Directors of Leadership Music, NARAS, and The Actors Bridge Theater Group.

“I’m thrilled to be joining Warner/Chappell at such an exciting time with Scott running the company,” she says. “He and I share the same vision and love for songwriters and artists. Now more than ever emerging songwriters need strong partners in music publishers to help them not only identify opportunities to partner with recording artists but also help them to take advantage of the opportunities for their songs.”