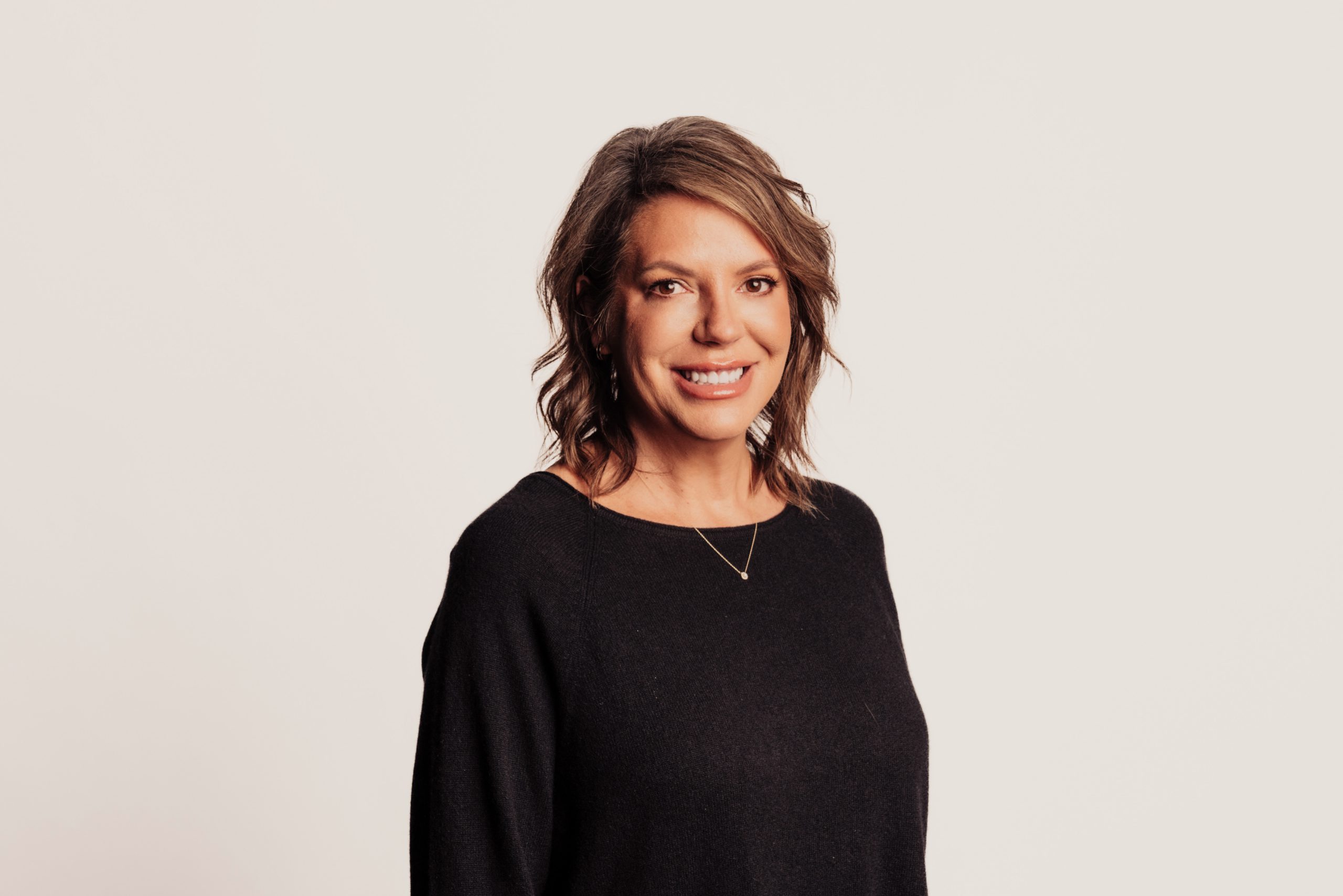 What was your dream job as a kid?

I always wanted to be in the music business. Growing up, all my friends were in bands. I threw band parties in high school. I would collect $5 at the door, rent generators and fields for the band parties. Part of that management thing was always in me.

I also had talent in my family. My aunt was on the Nashville Network back in the day on You Can Be A Star. She grew up singing, my dad played banjo, and my uncles sang and played football. I grew up playing drums, piano, and guitar. I always thought maybe I’d be on stage, but I also had really bad stage fright. I learned going into college that there was a media arts major at USC and I could actually be on the business side [of the music industry]. Luckily for me, the guys from Hootie & the Blowfish went to school at the University of South Carolina. I started as an intern with them when I was 19. I was their second intern ever, so I really got thrown in. I started the day that Cracked Rear View came out. 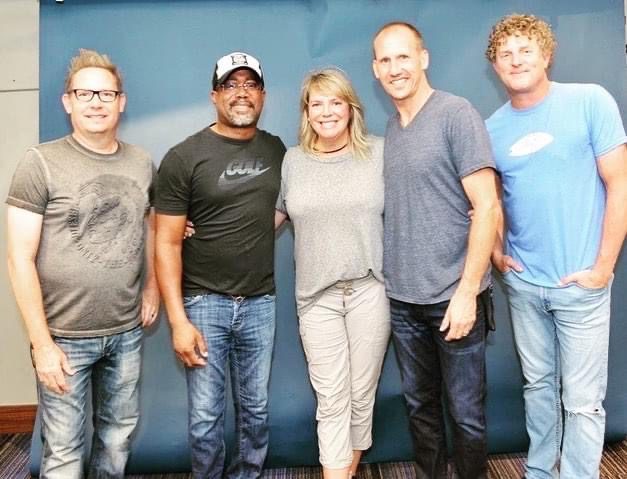 Oliver-Cline with Hootie & The Blowfish

What did you do after college?

Hootie & the Blowfish started their own record label called Breaking Records that I worked at. From there, I started doing A&R for a producer named Matt Serletic. Matt had just won a bunch of Grammys with Santana. He discovered Matchbox 20 and made Collective Soul records—very alt rock stuff.

I had moved from South Carolina to Atlanta to Los Angeles. When Matt became the president of Virgin Records, we all moved to New York. At that time, Matt was working with Willie Nelson and had made a record with Faith Hill, so he was doing more stuff in Nashville.

[When I heard about Nashville], I was like, “Wait a minute. There are people in a town in the southeast that write songs all day and you can pitch songs to these recording artists and they will listen to to them? This is my dream. That’s what I want to do.”

At that time, Forefront Records was in Franklin, Tennessee. It was a Christian label. We started working with an artist named Stacie Orrico to help her make her first secular record outside of the Christian world, so I was coming down to Franklin from New York a bunch. I told Matt in 2003 or 2004 that I really wanted to move to Nashville.

I came down here and started interviewing in 2004 and nobody would give me a job, so I started my own publishing company in 2004 and went flat broke in about six months.

How did things turn around?

I ended up getting an offer from BMI in Atlanta in 2005. Two weeks into working in BMI in Atlanta, I met Zac Brown and Wyatt Durrette. About two years in, Zac was choosing a management company. I had been a big part of the team already, so he asked if I wanted to be his day-to-day manager. I was like, “Are you crazy? This is the best job in the whole world.” Working at BMI when Del [Bryant] was there was just the warmest, fuzziest job. But I decided I was going to do it because I just loved those boys, so I ended up living on the road for three years.

In 2010, Zac said, “What do you really want to do? I know you don’t want live out here on the road with us forever.” I said, “I really still want to start a publishing company. That’s still where my heart is.” He said, “Alright, let’s do it.” So we started a pub company and he decided to start his label Southern Ground at the same time, so we were putting out records, we were working with young songwriters, and we were sending them up here to write out of Atlanta.

I told Zac that I really needed to move to Nashville but he wanted me in Atlanta. I told him if I didn’t have boots on the ground in Nashville, it wasn’t going to work. Finally in 2013, he gave in and said, “We’ve got a studio there now and there’s office space, so you can go up there.” That’s how I finally got to Nashville in 2013. 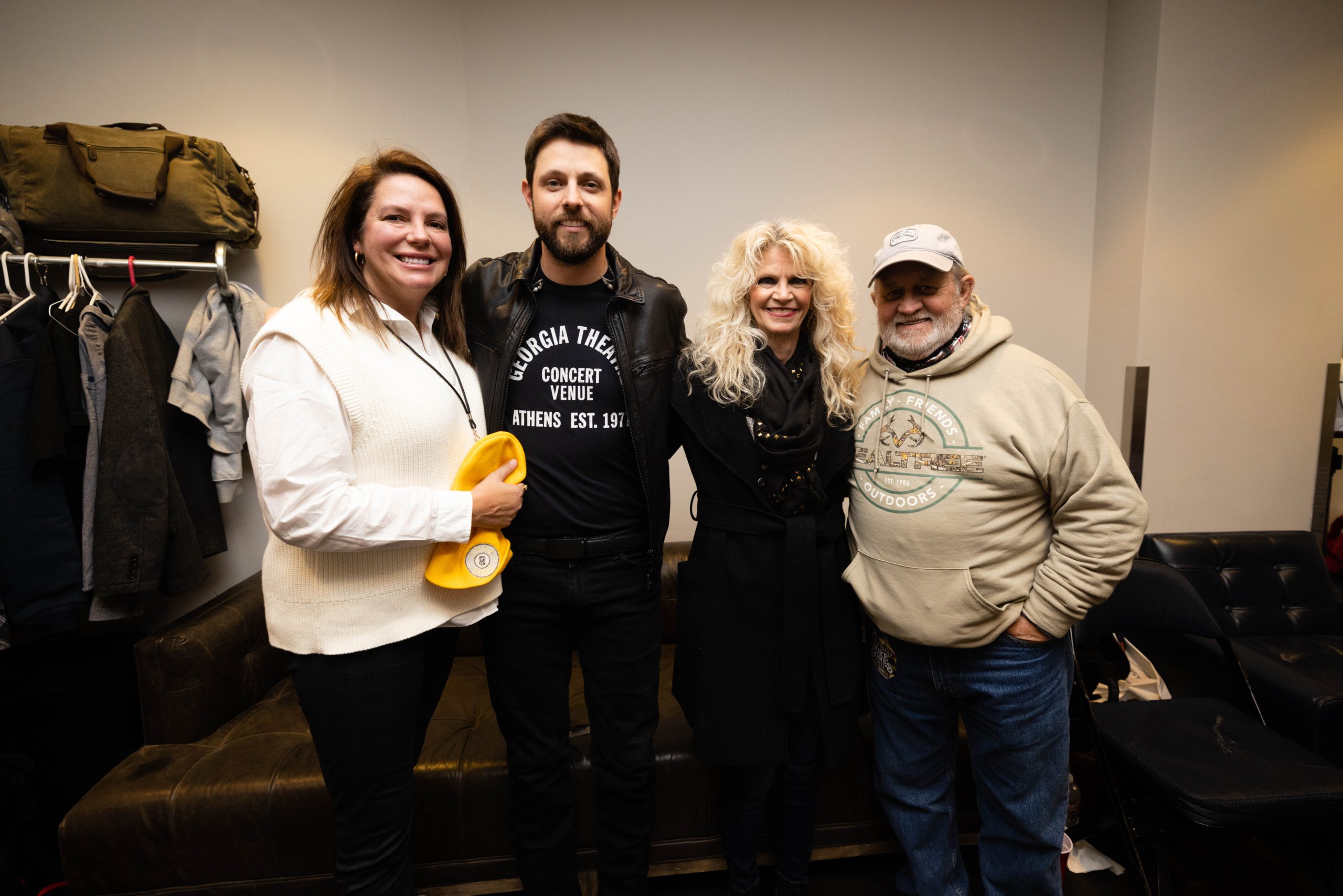 We were doing well, but eventually it just got to be too much. There were too many different things going on, so Zac decided to close down Southern Ground in 2014. I took a job over at Thirty Tigers with David Macias. Then I found out I was pregnant for the first time in my whole life at age 41.

[My time at Thirty Tigers] was great. I was helping them put out projects for Greensky Bluegrass and Jason Isbell—all of these really cool, credible records. I didn’t necessarily feel the pressure of a major corporation at that time, so it really got me back to my roots. It was a really fun time. That’s when I decided to start River House.

What went into that decision?

[While I was working at Thirty Tigers], they were building this new, beautiful building and there was some lag time before we could move into the new office. It was at least two months, and I really loved being at home with [my son] Levi during that time. My husband, Jay, said, “I don’t understand why you don’t start your own thing.”

He was actually the one that convinced me to start my own company. I literally had a desk in the laundry room. We lived on the east side in Inglewood overlooking the Cumberland River. He said, “Just call it River House Records.”

I stayed on with Thirty Tigers to see through a Lucinda Williams album that we put out in February of 2016, but I actually started River House in September of 2015. 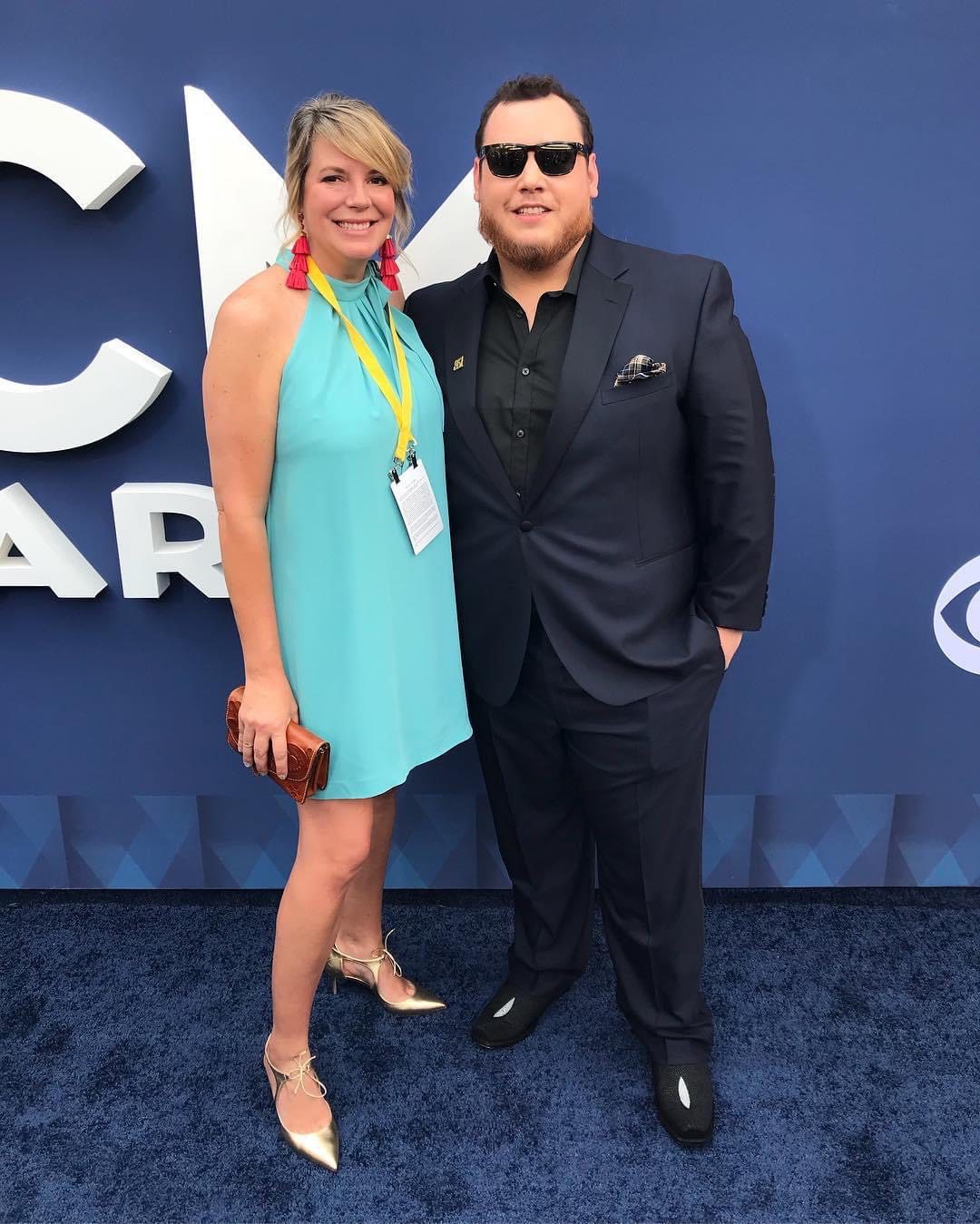 Oliver-Cline and Luke Combs at the ACM Awards

Luke Combs was your first signee. How did that come to be?

Chris Kappy and I were roommates. [Laughs] He was working on The Rock Boats and Zac Brown did a lot of those boats. Whenever I was living on tour with Zac for three years, I rented a room from Kappy because he was always gone on the boats and I was always gone on tour. We had been friends for half our lives.

He had decided to do the artist management thing after meeting Luke through Bradley Jordan, and moved to Nashville in 2015. He just came over to the house one day and said, “I want to put your A&R ears on something.” He had a little speaker in his backpack and just said, “This kid is Luke Combs from North Carolina. It’s pretty good.” He played it and I was like, “I think you might actually have something here. I really like this.” It was the first six songs from This One’s For You, the original EP.

Obviously Luke was still brand new and Kappy had never done management before, so I was like, “If you guys want me to help you out, I’m happy to put together some short term goals and some long term goals.”

At the time, I wasn’t trying to sign him to my label. I was just trying to help him because Kappy was my friend. Eventually he started meeting with labels and they weren’t calling him back. He was getting frustrated. I looked at what his numbers were doing online and he had done like a million streams of “Hurricane.” Even though that was only a few short years ago, that was a big deal. I told him, “I’m starting a record label. It’s got all the resources you need. I’ve got a little extra money. I can put this record out for you and I’m pretty sure I’ll make my money back.” So that’s what we did.

When did you start growing the River House roster?

After we did the JV with Sony, I was really part of the management team for the next couple of years because it was growing so quickly, but I still wanted to do the label because that’s what I set out to do. I didn’t set out to be a manager again, but I did help out on the management side quite a bit the first couple years.

Then we signed Jameson Rodgers. We knew that Jameson was going to be on tour with Luke for a full year. He was one of the artists who got super affected by COVID—it just hit at the absolute wrong time for him—but I just loved his voice and his swag. Then I met Georgia Webster and we signed her. 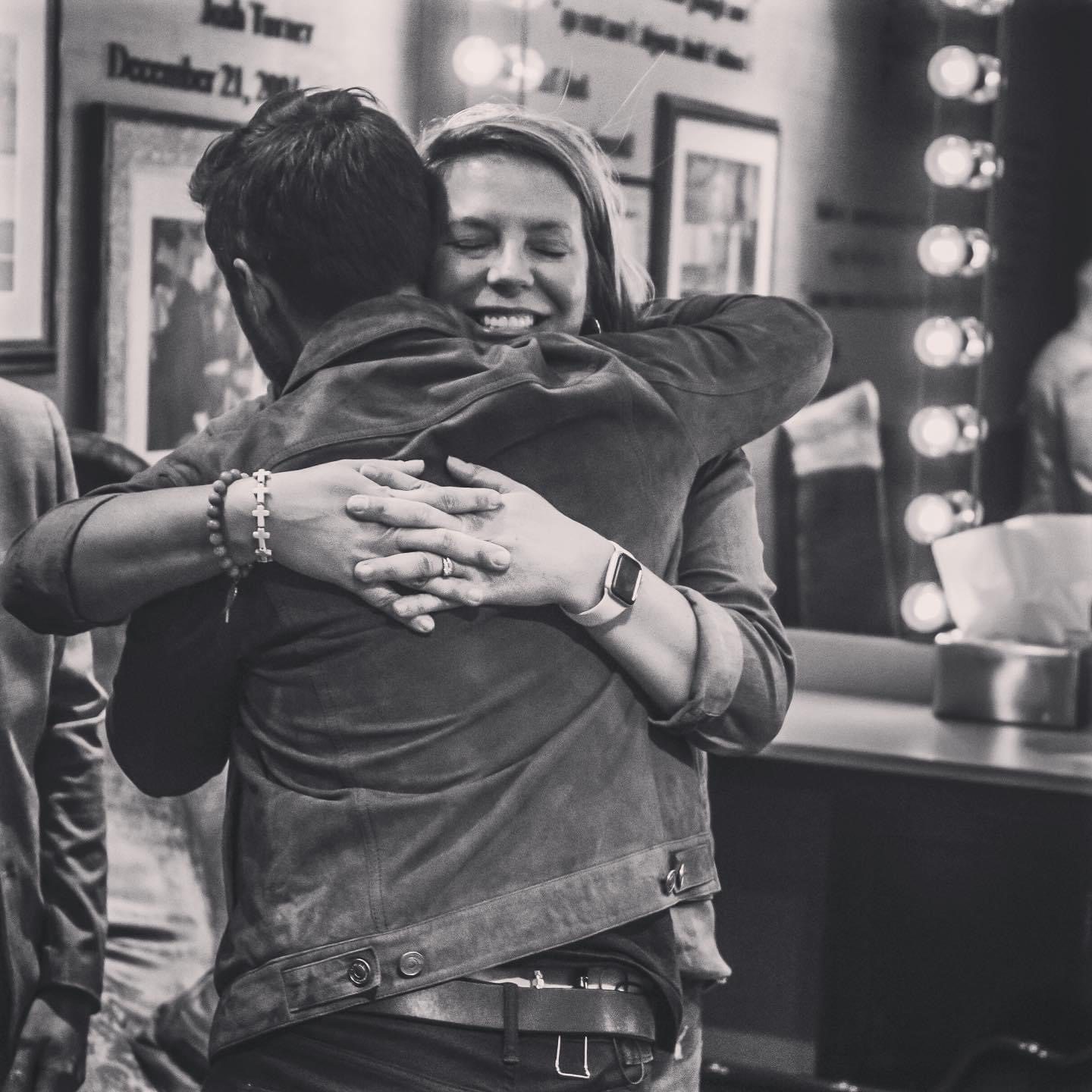 In management and in artist development in general, there’s definitely daily victories that keep you going. You have to give yourself a pat on the back because no one else is really going to. You have to really just love it and live it and then you’ll feel rewarded by it. But I definitely think I feel the most fulfilled when seeing thousands of people singing a song back to an artist that you were there from the very beginning.

Who is your biggest mentor?

Matt Ceroletic for sure. He was such a mega producer and then became the president of a label—seeing that he could do both was was huge for me. Honestly, I still send him the records that I’m a part of because I want him to be proud. Him letting me be in the studio with him and be a part of that process with him was really huge. It helped me become pretty fearless. I don’t ever want to make decisions based on fear or be scared to do something.

What are some of the best qualities of our industry?

If you find the right tribe of people, there is a real communal feeling. There’s always those people that are going to take advantage, but I truly feel like most people have the artist’s best interests at heart. Overall, people have to work their faces off and make personal sacrifices [to have success]. It’s a lot of sacrifice. The executives have to be just as dedicated as the artist.