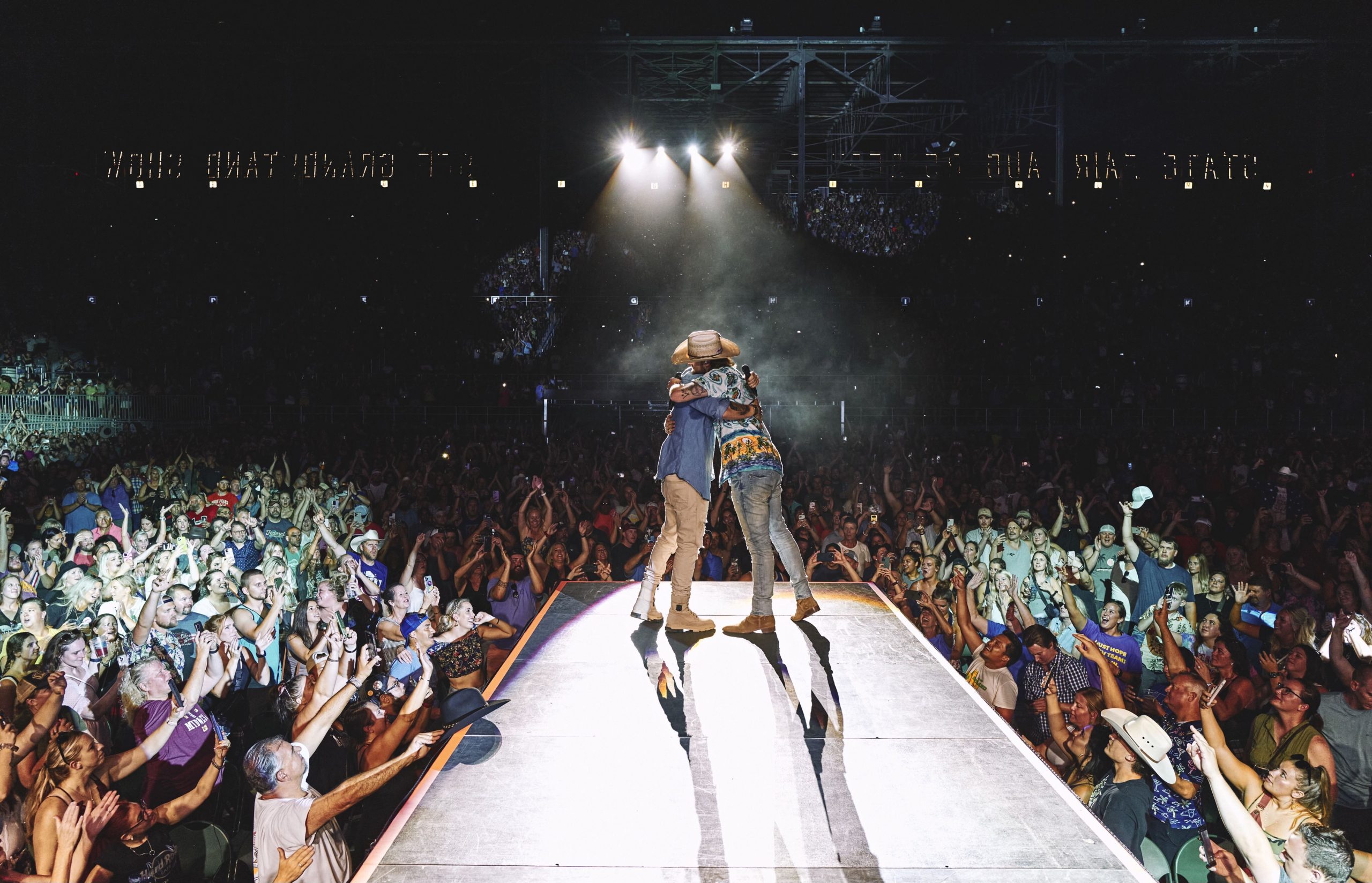 On Wednesday (Aug. 31), Florida Georgia Line‘s Tyler Hubbard and Brian Kelley played their final concert as a duo at the Minnesota State Fair.

“This is our last official concert as Florida Georgia Line,” said Hubbard from the stage, according to Country Now.

In their final set, the Diamond-selling duo performed a myriad of their hits, such as “This Is How We Roll,” “H.O.L.Y.,” “May We All,” “Dirt” and “Meant to Be,” before closing with their first-ever hit “Cruise.”

Florida Georgia Line burst onto the country music charts in 2012 with “Cruise,” a song that would become a record-breaking No. 1 country hit. “Cruise” earned Diamond certification from the RIAA, becoming the first country single to attain sales and streams equivalent to 10 million units. They went on to earn a second Diamond-certified single with “Meant to Be,” a 2017 collaboration with pop singer Bebe Rexha.

Hubbard (a Georgia native) and Kelley (from Florida) met on campus at Belmont University in Nashville, and began a friendship with their shared an interest in music. In 2011, Big Loud began handling their artist development, publishing, management and record production. Producer Joey Moi, a partner at the company, helped to develop the FGL sound, incorporating elements similar to the popular recordings he produced for rock band Nickelback.

Their achievements as a duo are currently being celebrated at the Florida Georgia Line: Mix It Up Strong exhibit at the Country Music Hall of Fame, running until Jan. 1, 2023.

In early 2021, the two announced on social media that they would be releasing their own music as individuals. Though rumors swirled that the two were breaking up, Kelley and Hubbard maintained that they weren’t, but that they were exploring their creativity as solo artists.

Soon after, Kelley partnered with Warner Music Nashville to release an EP, BK’s Wave Pack. In June of 2021, he released a 17-song project inspired by his beach-side upbringing, Sunshine State Of Mind. After aligning with Big Machine Label Group in June of 2022, Kelley is releasing more new music.

Though slower to start, Hubbard started his journey as a solo artist in late 2021. After partnering with Borman Entertainment’s Gary Borman for management, Hubbard signed with EMI Nashville and began releasing music, such as hit fast-rising single “5 Foot 9.” In August he released a 6-song EP, Dancin’ In The Country, and announced his full-length debut solo album would be released on Jan. 27, 2023.