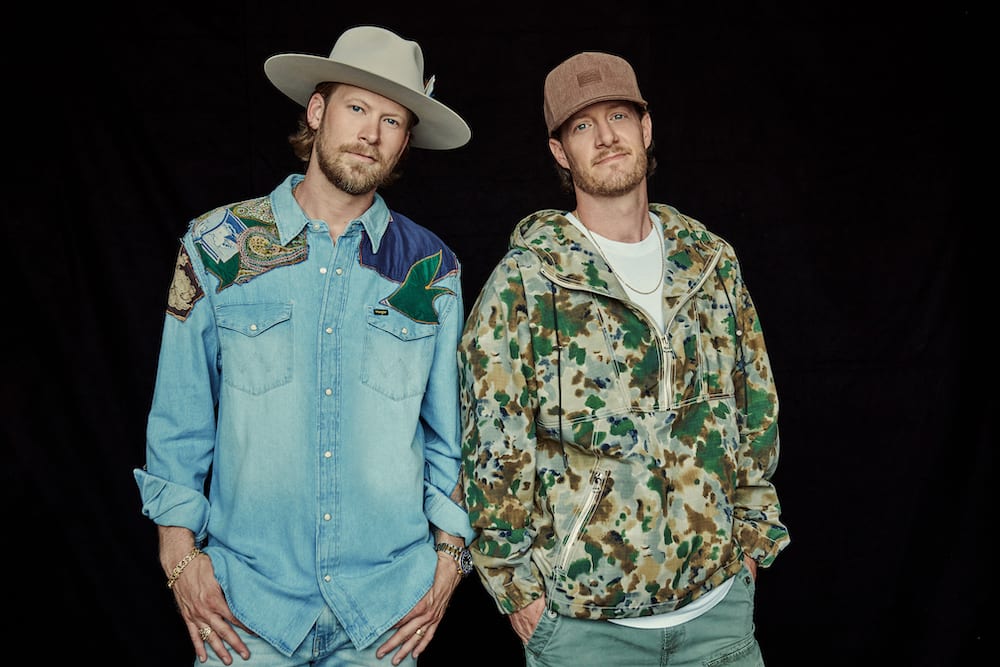 Florida Georgia Line members Tyler Hubbard and Brian Kelley announced on social media that they will be releasing their own music, as individuals, in the near future. The duo also assured fans that they are not splitting up; with their fifth studio album, Life Rolls On, due out in February and a tour to follow once it is safe to do so.

Florida Georgia Line started their hit-filled career in 2010. Their breakout single “Cruise” was certified 11x multi-Platinum, making them the first country act to achieve RIAA’s Diamond certification. They hold the longest reign on the Billboard Hot Country Songs chart of 50 consecutive weeks with another Diamond, No. 1 single, “Meant to Be” with Bebe Rexha. They’ve tallied 17 career No. 1 singles.

In an effort to be “transparent and real” with their fans, Kelley and Hubbard uploaded a nearly 10-minute video explaining that while they will still be making music and touring as FGL, they will also be working on music individually, with Kelley announcing an album he’s planning for the summer. Hubbard mentioned some collaborations to be released soon.

This may be a little long but it’s real and that’s what FGL is all about. We love our fans and want to share with you guys everything we are working on and excited about this year. Here’s to 2021 being the BEST YEAR YET. Let’s gooooo! pic.twitter.com/1tYzVGpLI6

“I did a lot of soul-searching,” said Kelley. “I took some time off from writing songs. I didn’t know what I was searching for. I got my arm back in shape and thought I was going to start pitching again, I fished as much as I could, and did pretty much anything I could do to get a lot of energy out and kill some time.

“Where I landed was really falling in love with my guitar and writing songs again, more than ever,” Kelley continued. “This has been a lifelong dream of mine, but I started writing an album once I started writing again. I had a couple songs that I was writing and I thought, ‘I think I’m supposed to sing these and have a project or an outlet for these to come out on.'”

Kelley said that he approached Hubbard in September with the idea for a solo project., to which Hubbard gave him his blessing as a collaborator.

“We’re really creating some freedom for ourselves in addition to what we do with FGL” Kelley said.

“There’s a lot going on,” Hubbard said. “We want to make sure that our truth is out there for you guys, and our genuine excitement and support of each other for the next chapter of our career, of our music, of our journey, of our touring, and everything. We’re really excited.”