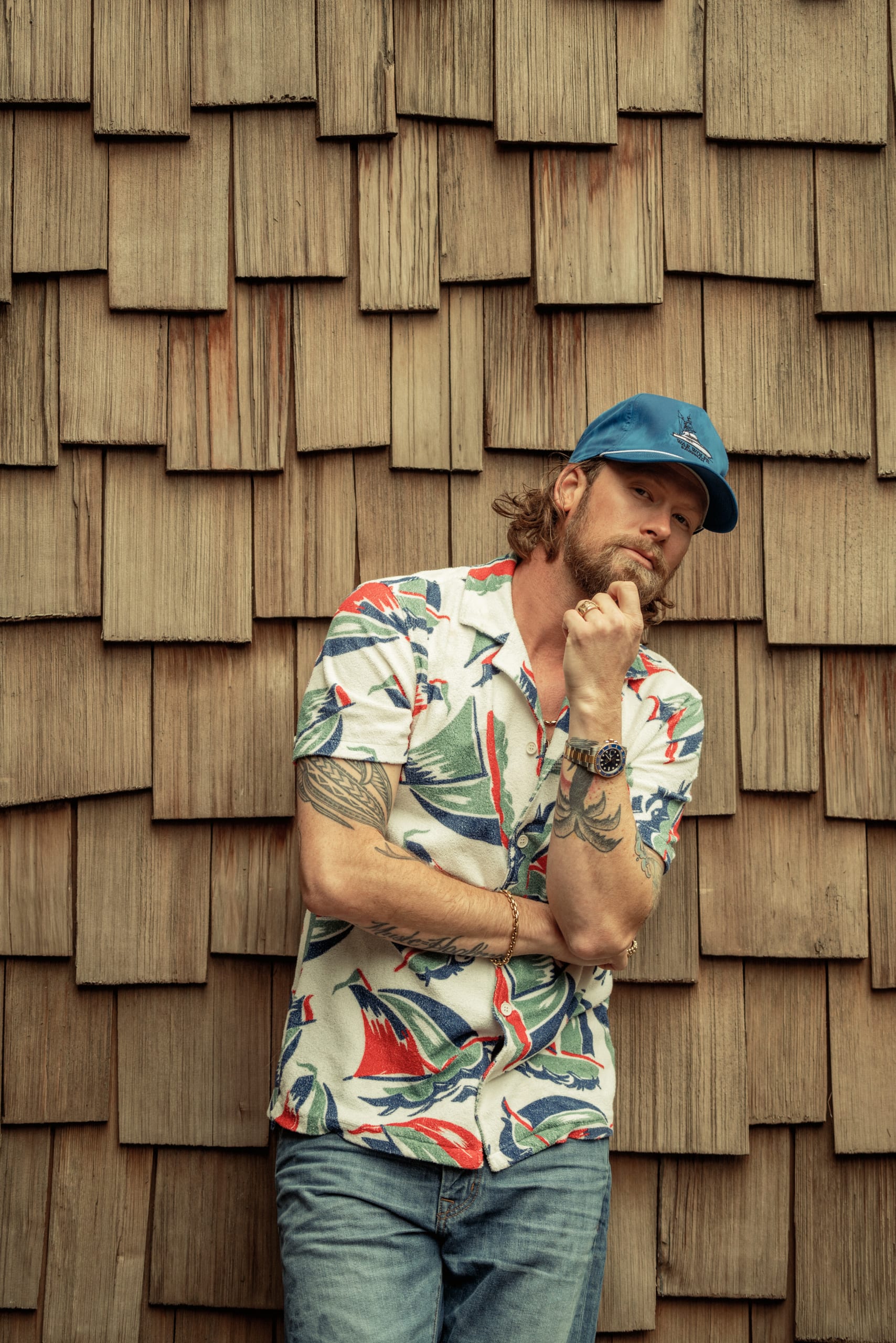 Brian Kelley, one half of the wildly successful country duo Florida Georgia Line, exudes happiness when talking about his debut solo album Sunshine State Of Mind, out today (June 25).

Kelley and FGL partner Tyler Hubbard revealed they would be releasing solo music in January of 2021. In March, Kelley announced his solo music venture, Nashville South Records, would be partnering with Warner Music Nashville to support an upcoming project.

Shortly after, Kelley released BK’s Wave Pack, a four-song collection that set the tone for his solo music that was clearly influenced by his upbringing in Florida. “Beach Cowboy” instantly became the buzzed-about track, with its surf guitar swagger and amusing lyrics that have you picturing Kelley “going John Wayne on these waves.”

Sunshine State Of Mind, with its whopping 17 tracks, finds Kelley really leaning in to his admiration for his home state, with songs about boating, fishing, and being by the water throughout.

“Besides my wife, Florida is probably my greatest muse,” says Kelley, who has called Florida home since 2016. “I love my home state. It’s a beautiful place. It’s got a lot of wonder, a lot of mystery, a lot of history. It’s very special to me.”

It was after Kelley wrote “Boat Names,” the album’s opening track, with Parker Welling and Casey Brown when he knew he was making a solo record.

“I wrote that the day before my birthday, and I don’t know where I’d be if I didn’t show up for that day and didn’t write that song. That song was the guiding light. It was the anchor and the whole direction I needed for this project that kicked it all off. Once that song was written it really gave me a confidence to push forward and chase another crazy dream rather than just be comfortable with where I’m at in life.

“That little bit of un-comfortability—you could call it fear—I felt like that was a door that God had opened that I needed to run through. It was an opportunity to fulfill a lifelong dream of having this solo outlet.”

Kelley had been saving ideas for a solo project for years. When the creative faucet opened, the music flowed. “The majority of the titles and songs on this album, except for probably two, were my ideas and my titles. I don’t say that to boast, just to say that I was on a mission and I knew where I wanted to go.”

“When it came to [recording these songs] I think I found my lead voice,” Kelley says. “It was very important to me that that it sounded like me. It’s my most authentic self, with my voice on this project. It took a lot of hard work, and I’ve learned a lot over the years. I’m super thankful that I got to work with Joey Moi. I learned a ton from him.”

“By Boat,” co-written with Jimmy Robbins and Nicolle Galyon, is another tender standout on the collection. “It’s one of my favorite songs I’ve ever written,” Kelley says. “With every song on this album, it didn’t feel like we were just trying to get so many songs for the year and cross it off our list. These are my soul songs, and they mean a lot to me. I’m very diligent and intentional with every line, melody, and vocal lick that I do. Every co-writer was living these songs out with me. We’re living them out together and they became our songs.”

But Sunshine State Of Mind isn’t just beachy love songs, though there are many. In addition to his vibey “Beach Cowboy,” Kelley has some fun with “Party On The Beach” and “Highway On The Water,” a tune about life on the water in which he makes a funny reference that it’s bad luck to bring bananas.