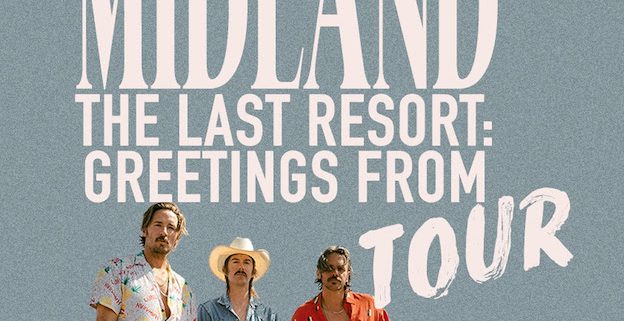 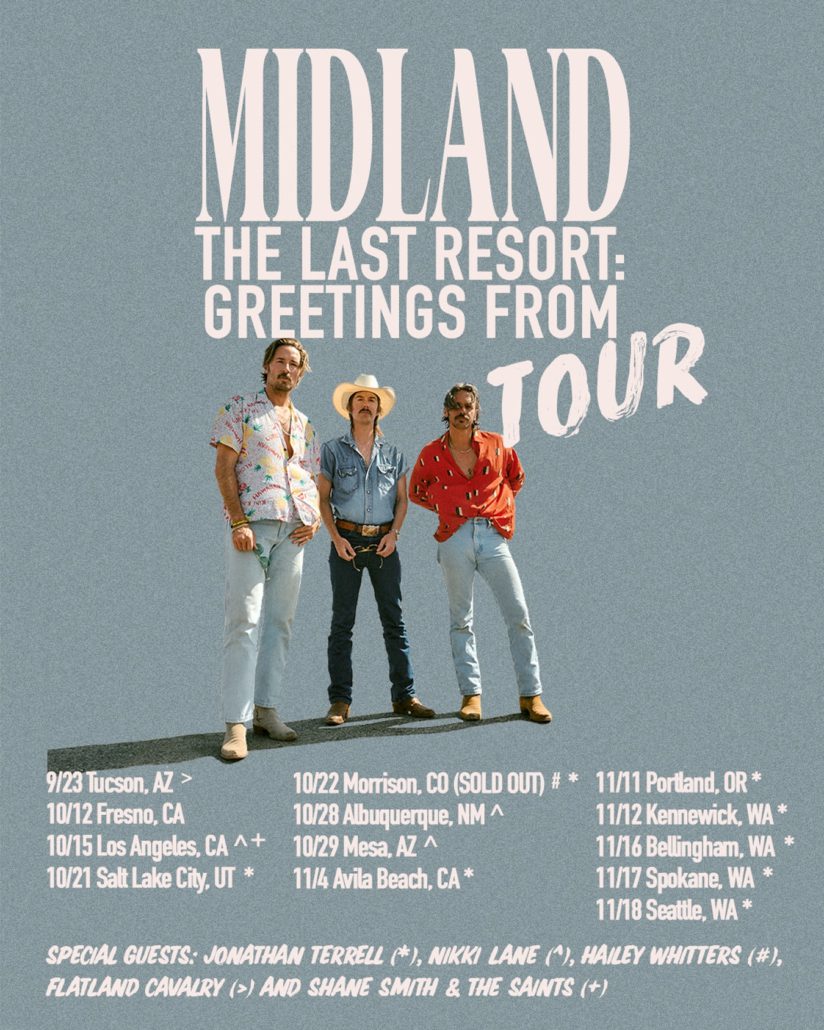 Midland has added a slew of fall dates to its headlining run, “The Last Resort: Greetings From Tour.” The critically acclaimed band will kick things off in Tucson on Sept. 23 and then make their way through the western US before wrapping the tour in Seattle on Nov. 18. Special guests include Jonathan Terrell, Nikki Lane, Hailey Whitters, Flatland Calvary and Shane Smith & The Saints.

The outing follows the release of their third studio album The Last Resort: Greetings From on Big Machine Records.

Currently the trio comprised of lead singer/guitarist Mark Wystrach, bassist/vocalist Cameron Duddy and lead guitarist/vocalist Jess Carson is getting ready to embark on the European leg of the tour.

Based in Dripping Springs, Texas, Midland has been building a following that has sold out the Houston Rodeo and Livestock Show, packed multiple nights at Billy Bob’s in Ft. Worth and re-opened North Hollywood’s legendary Palomino Club for one night only.

Tickets go on sale Friday, May 13 at www.midlandofficial.com/tour.