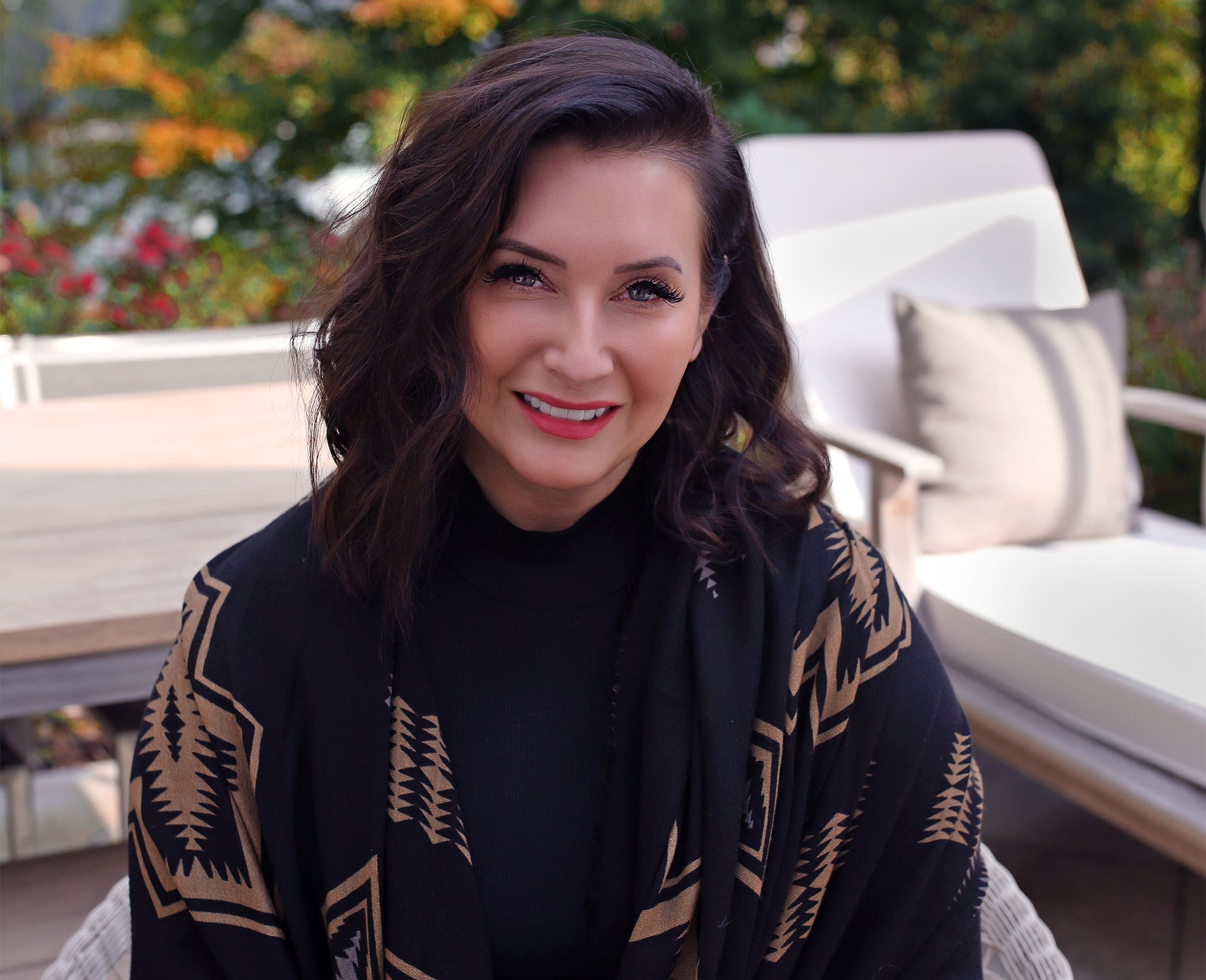 Raised just 90 miles outside of Nashville in the small town of Waverly, Tennessee, Ebie McFarland, a Vanderbilt University grad, founded award-winning PR company Essential Broadcast Media, LLC in 2007. Since then, she has helped launch the careers of critically acclaimed artists such as Ashley McBryde, Caitlyn Smith and Whiskey Myers, as well as earned the trust of discriminating artists such as George Strait, Kenny Chesney and Eric Church. She has retained longtime clients such as Ryman Hospitality, Darius Rucker and Hootie & the Blowfish, further reinforcing McFarland and her team understand and execute the growing importance of telling one’s story with passion, grit and perseverance.

In addition to being a publicist and owner of Essential Broadcast Media, McFarland is highly involved in various organizations. She is Vice President of the ACM Board of Directors, and sits on the CMA Board of Directors, the ACM Lifting Lives Board, the Vanderbilt University Project on Unity and American Democracy Advisory Board, and the Millions of Conversations Advisory Council. She has been honored as part of Nashville Business Journal‘s 40 Under 40 list (2012), MusicRow’s Rising Women on the Row (2014), the CMA SRO Publicist of the Year (2015), CMA Publicist of the Year (2017, 2019), and with the Nashville Business Journal‘s Women in Music Award (2017). 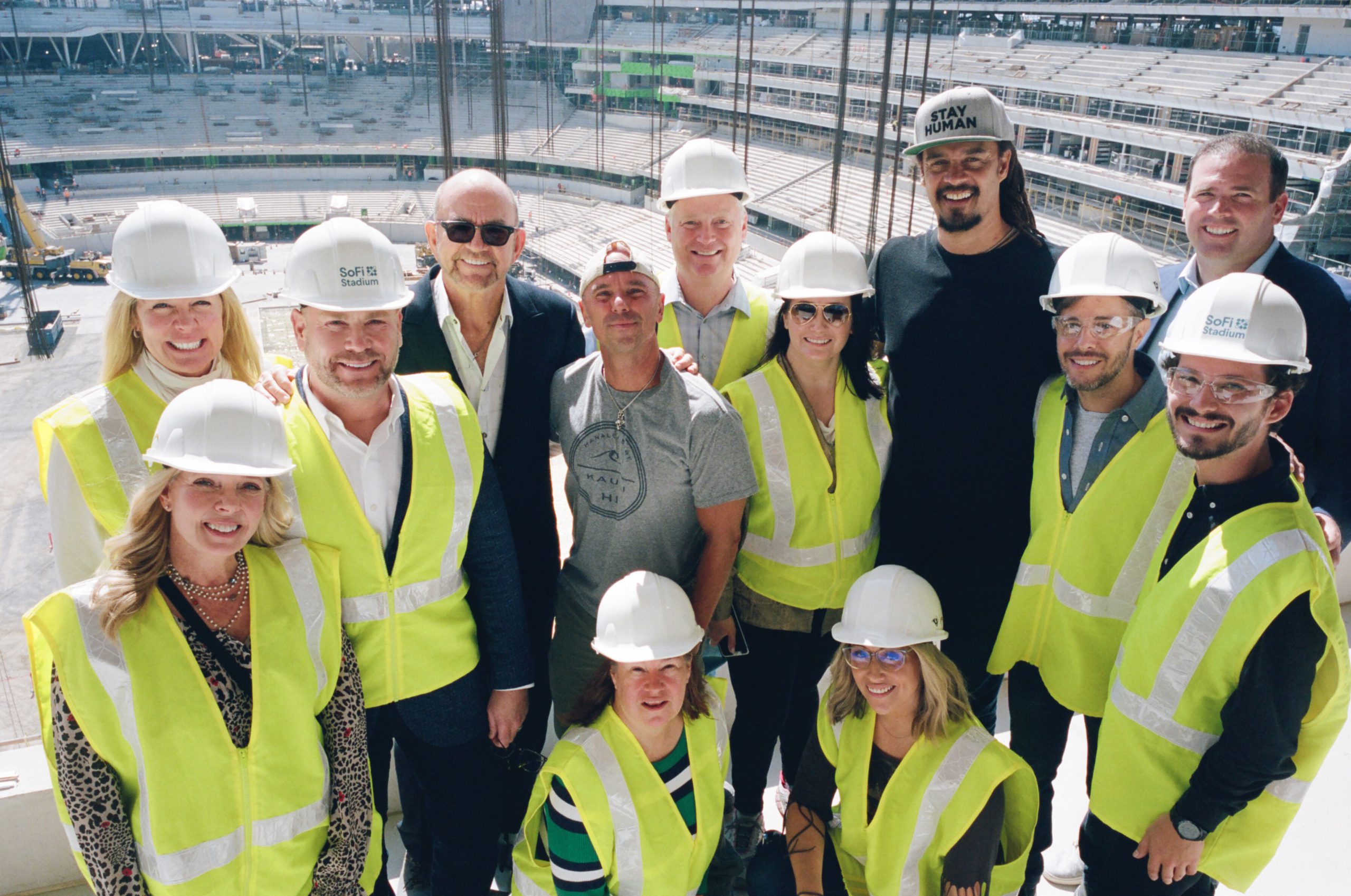 MusicRow: Where did you grow up? How did you get into music?

I grew up in Waverly, Tennessee. It’s an hour and a half west of Nashville. That’s why I ended up executive producing the Loretta Lynn “Hometown Rising” benefit concert, because that was my hometown that flooded last year. Until she retired, my mom was a psychiatric nurse practitioner. She and my dad met while camping and going to art experiences in Kentucky, years and years ago. My dad was always a painter, but grew up up on Joe Cocker, Tina Turner, and The Rolling Stones. I don’t remember this, but my first concert was Talking Heads when I was two years old. The first concert I really remember was Jon Bon Jovi.

I graduated high school in ’99 and went to Vanderbilt University. They did not have a music program at that time, so I did a bachelor of science. I have a cognitive studies major and a child development and women’s studies minor. It comes in handy working with artists because the best ones are a little crazy. Understanding and getting to the root of the origin story is probably the most exhilarating part of my job. If it is Ashley McBryde and “Girl Goin’ Nowhere,” and that moment that fueled that chip on her shoulder. If it’s anything Eric Church offers up, I always feel like there’s a “why” with him. In working with new artists, like Caitlyn Smith and Walker Hayes, it’s understanding what stories to lean into that really connect and having that conversation with them that helps drill that down.

What happened after graduation?

I started working entry level at a PR firm that’s now defunct. I was at Webster & Associates for four years. I made $8 an hour so I also worked at a tanning bed and I bartended on weekends. I remember not being paid until every other week from one of the jobs and having to put an IOU for toilet paper [so I could take some] home until I could buy toilet paper and then pay them back. (Laughs)

It was dark days in PR early on. Even around the holidays, you weren’t guaranteed to make your paycheck because so many artists took the holidays off and it wasn’t tour season. I remember the looming threat from my boss at the time was, “We’ll see if we can keep the lights on this Christmas or if we need to light more candles.” 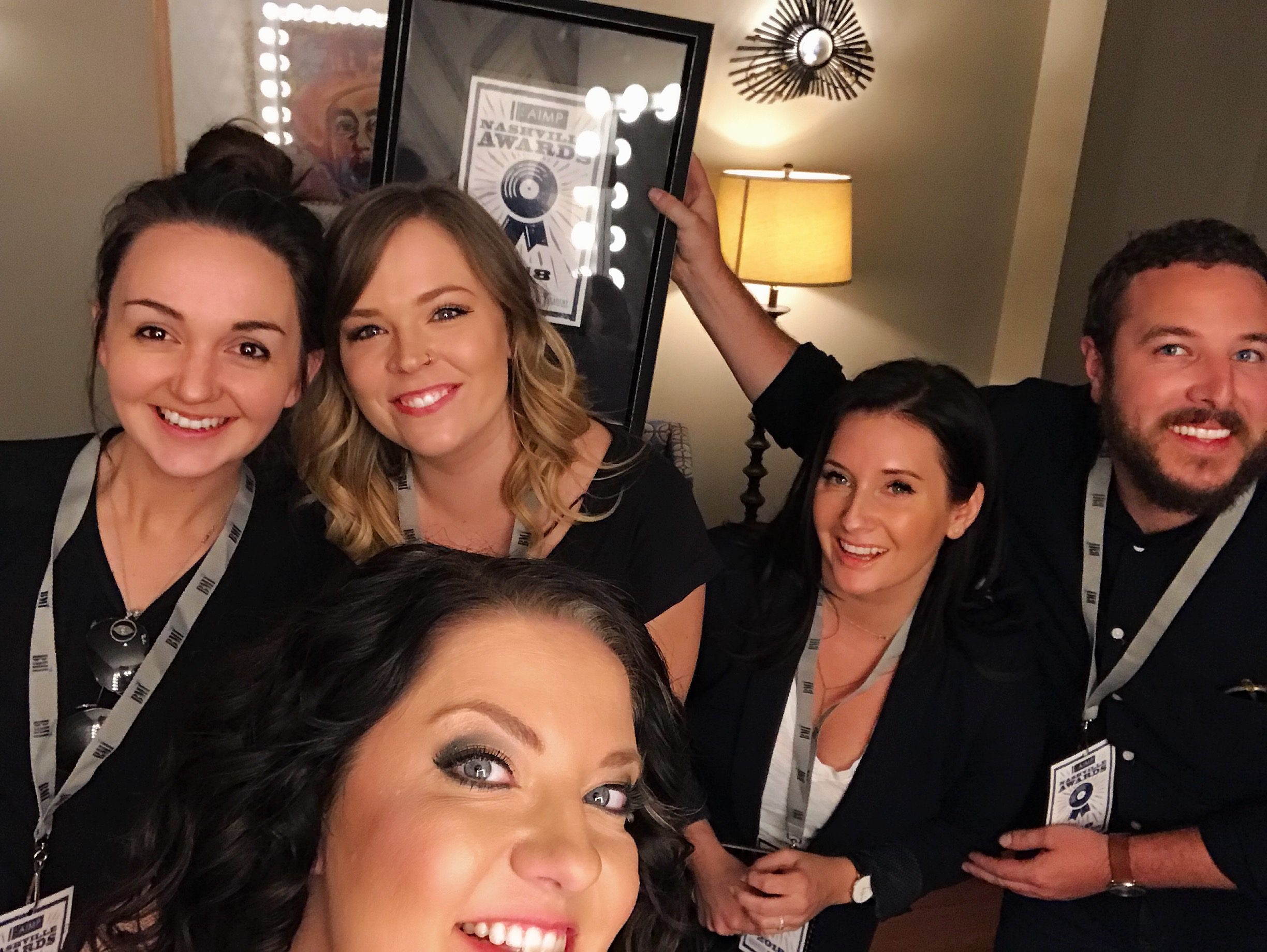 It’s truly a 10 year town. I started my company in 2007. Darius Rucker had signed with UMG and he was doing a “Hootie Homegrown Tour.” [At the time] I had all the rock acts. I had Sister Hazel, Hootie & the Blowfish, Van Zant, Lynyrd Skynyrd, Kid Rock, and Hank Jr. When I found out Darius had signed, I started thinking it might be a good time to go out and super-service one or two clients and try to do this on my own. So I started the company when I was 26 years old. I very naively thought, “I can do this.”

I’m glad I bet on myself, but at the same time, when you have mentors helping you along the way, you learn so much faster. I’m super grateful for the mentors that were and still are there for me, including Doc McGhee and Joe Galante. I’m very fortunate, looking back, on the people that took time out of their days to help me.

How did you grow your roster from there?

I had been working with Miranda [Lambert] on the touring side for a few years, so I was very honored when she called. That’s a big change anytime an established artist makes a PR change. I thought I was going over to the office to talk about the tour, and I sat down with her and Marion [Kraft] and [they asked me to do] Palomino and everything from Miranda, with Mutt Nation, the forthcoming announcements that she has, and strategizing the Las Vegas announcements. It’s been a blessing to work with so many in-charge people who know who they are and know what they stand for. They know what they want to do. 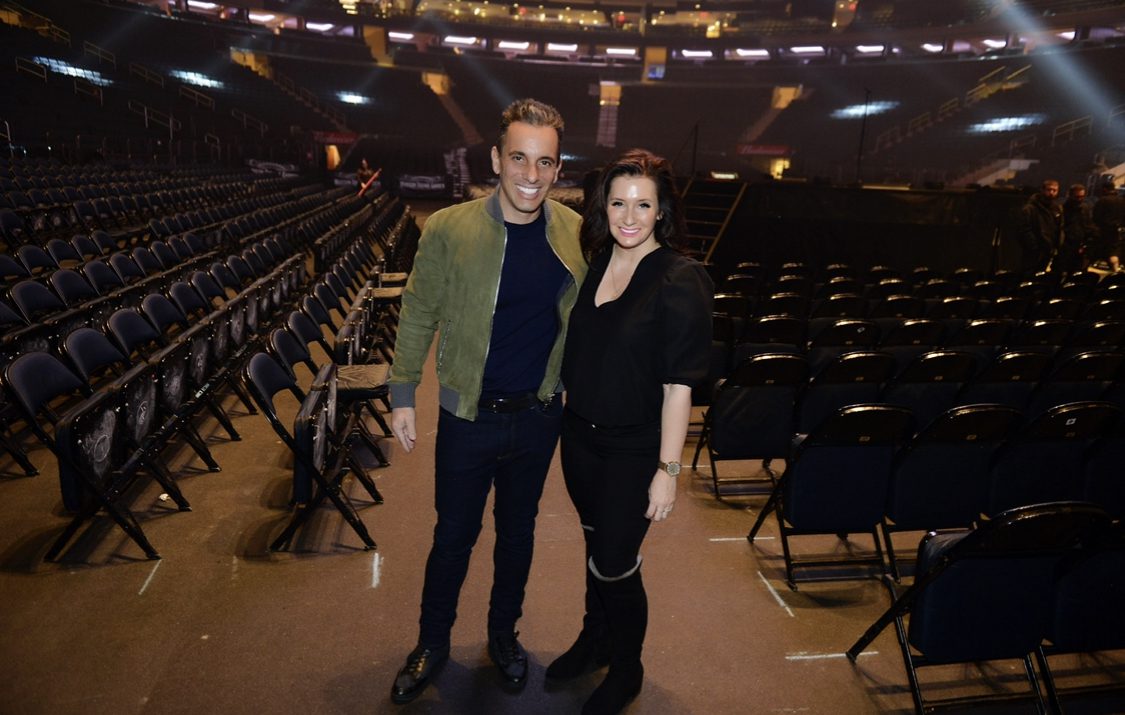 Because you were young when you started your company, did you have to fight for people to take you seriously?

Yes and no. Enthusiasm goes so far. When the artist is fired up about an idea that I come to them with, then everybody else doesn’t really have a chance to undercut me. Being a little bold in that sense, as long as you really thought it out, [paid off]. Scott McGhee used to always say, “Is it important, is it urgent and is it interesting?” If it checks those three boxes, it’s worth taking to the artist. So I always try to answer those reasons before I take something to someone.

Definitely at the live shows. When it’s all together and the fans gravitate toward a song; they have their phones up and they’re FaceTiming other people because they want to be in that moment with even more people, that’s the most fulfilling.

To truly listen more. [I listen] in meetings when artists are talking. I feel like the access we’re given has pretty unparalleled insights. So in the moment, I try to be as present as possible, absorb it all, and then come back with, “Hey, here’s some ideas because I heard you when you said this.”

Galante is always saying use your voice and speak up in meetings, in the sense of CMA Board meetings. That’s why I probably volunteer so much. I sit on [a lot of boards]. That’s like a full time job, in addition to doing the job. (Laughs) I wish more industry members and artists had the time to dedicate to that because I think that’s where you can really impact real change—systemic, generational change. 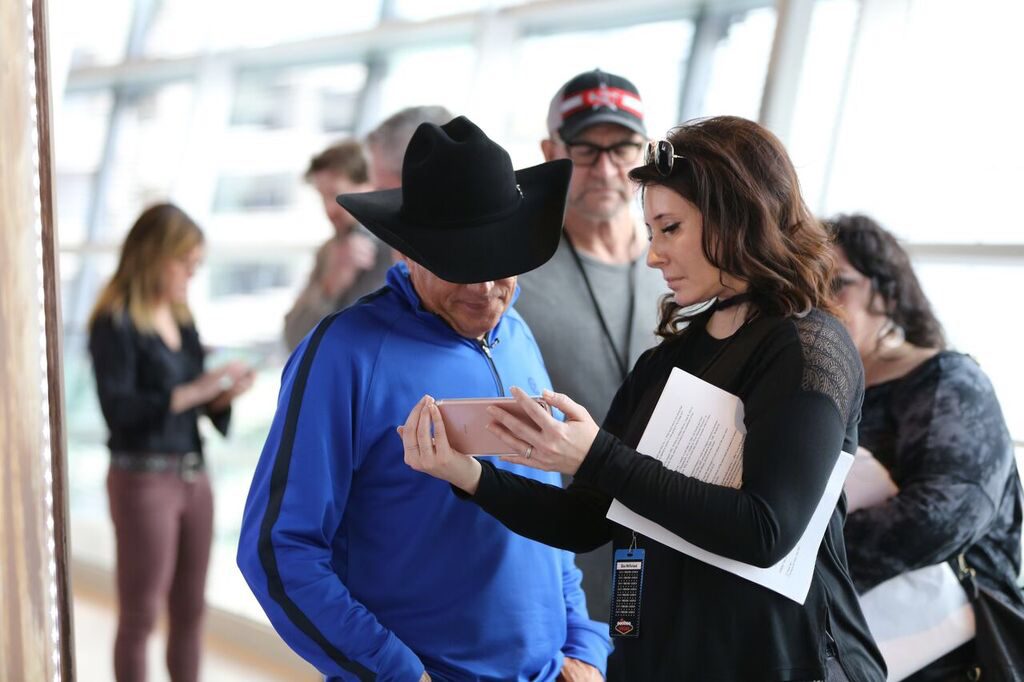 We can always be working on how we communicate. Working in communications, knowledge is power. There’s still folks that want to retain that power so they hold back on that knowledge. That doesn’t really help anyone. I get it, but at the same time, we as an industry could do a better job telling the story of what we are doing on a foundational level.

Country music is the soul of America. I’m very proud of our songwriters and the songwriting community. Anything we can do to further elevate their voices and their roles in the industry is important. Something that everyone on our roster, including the comedians, have in common is that they’re all storytellers. Every single one of them, even the Ryman. I mean, name a better stage; her story is insane. When we move too fast, we don’t do the story justice. If we could all just take a little bit more intention and time to do that, then we’ll all benefit.

What is a moment that you have had that your little kid self would think is so cool?

There was a moment on the George Strait tour where afterwards I went on George’s bus. We were recapping the weekend and he was playing some music. It wasn’t his music, he just had music on in the background. He and Martina [McBride] went into this moment of singing back and forth on the bus. For whatever reason, I jumped up and was singing with them. (Laughs) I will never forget it. I caught myself and was like “Oh, I can’t even sing!” I was just in the moment having so much fun. I remember George laughing and patting me on the shoulder. I got so carried away in the moment that I jumped in and crashed George Strait and Martina McBride singing. My younger self would’ve kicked myself off the bus. (Laughs)