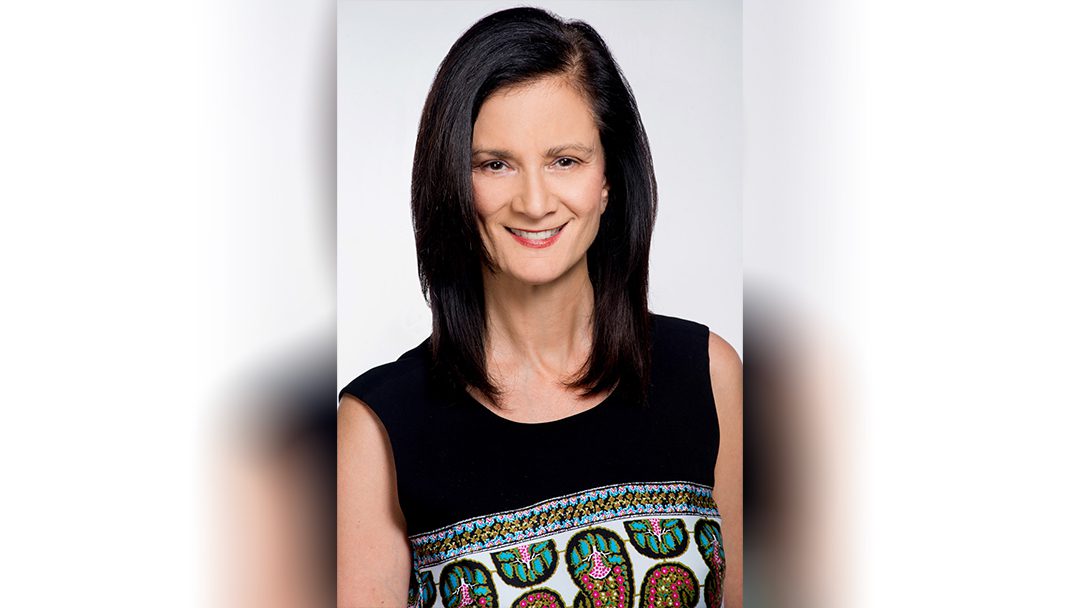 This edition of “My Music Row Story” is sponsored by Worldwide Stages.

As Sr. VP Music and Talent at CMT, Leslie Fram oversees music on all of its platforms and negotiates talent for major tentpoles specials and music specials. A champion of female artists, in 2013 she created CMT’s Next Women Of Country franchise which has grown to include a tour, and also oversees CMT’s Equal Play platform. Before joining CMT in 2011, Fram had a long and impressive career in radio. She is one of the Co-Founders of Change The Conversation and Nashville Music Equality. Fram has been honored by the T.J. Martell Foundation, Billboard Women In Music and more.

I grew up in a little town called Fairhope, Alabama. I’m the only southerner in my family. My family is from Massachusetts and moved to the south before I was born.

Were you musical as a child?

Yes. I didn’t play an instrument, but was turned on to music by my older brother who turned me on to a lot of classic rock, from Led Zeppelin to Heart. Then I started discovering my own artists that I liked. It went from one extreme to the other—I loved rock and folk. Country was not in my sphere at all, I have to admit. I would listen to radio stations late at night and really liked a lot of underground music. I was very shy, so I listened to music as a form of entertainment. I would call DJs to request songs. 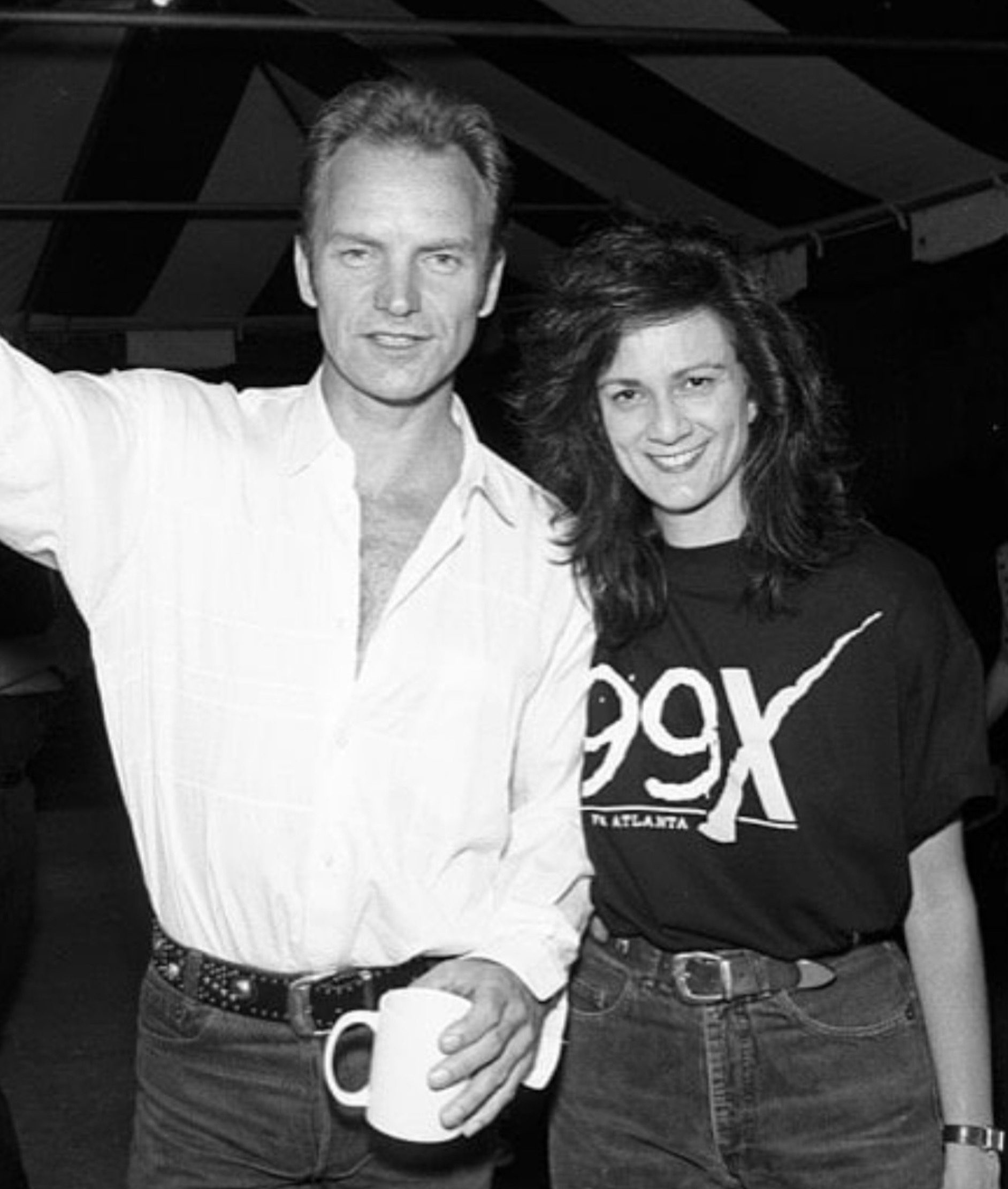 Is that why you started your career in radio?

At first, I wanted to be a journalist, but I got a job at this radio station and I was hooked. Radio was IT for me. It was definitely my first love.

In college I was working an album-oriented rock and top 40 radio station. So I was doing midnight to 6:00 a.m. and going to college from 8:00 a.m. to noon—and falling asleep in my 12 o’clock class.

When I graduated, I ended up getting a job in Atlanta at a radio station called Power 99 that turned into 99X in 1992, which was the beginning of the evolution of alternative music and the explosion of Nirvana and all of those bands. So I was really lucky to be at the height of alternative in the ’90s.

I left Atlanta and went to a radio station in New York for three years called WRXP. It was a rock-alternative hybrid. I went to be the program director in 2008, but when I got there, they said, “Hey, how would you like to do a morning show with Matt Pinfield?” He came from MTV and had a radio background. I was like, “Well, how can I turn this down?” [I didn’t realize] that my day would be getting up at 4:00 a.m. and working until 6:00 or 7:00 at night and then going out. (Laughs) But I did it for three years, living and doing radio in New York and going to all these historic venues to see shows. I was like a kid in a candy store. It was incredible. So I was the program director and on-air with him, but the company sold the station in 2011 and the new owners turned it into a news talk station. 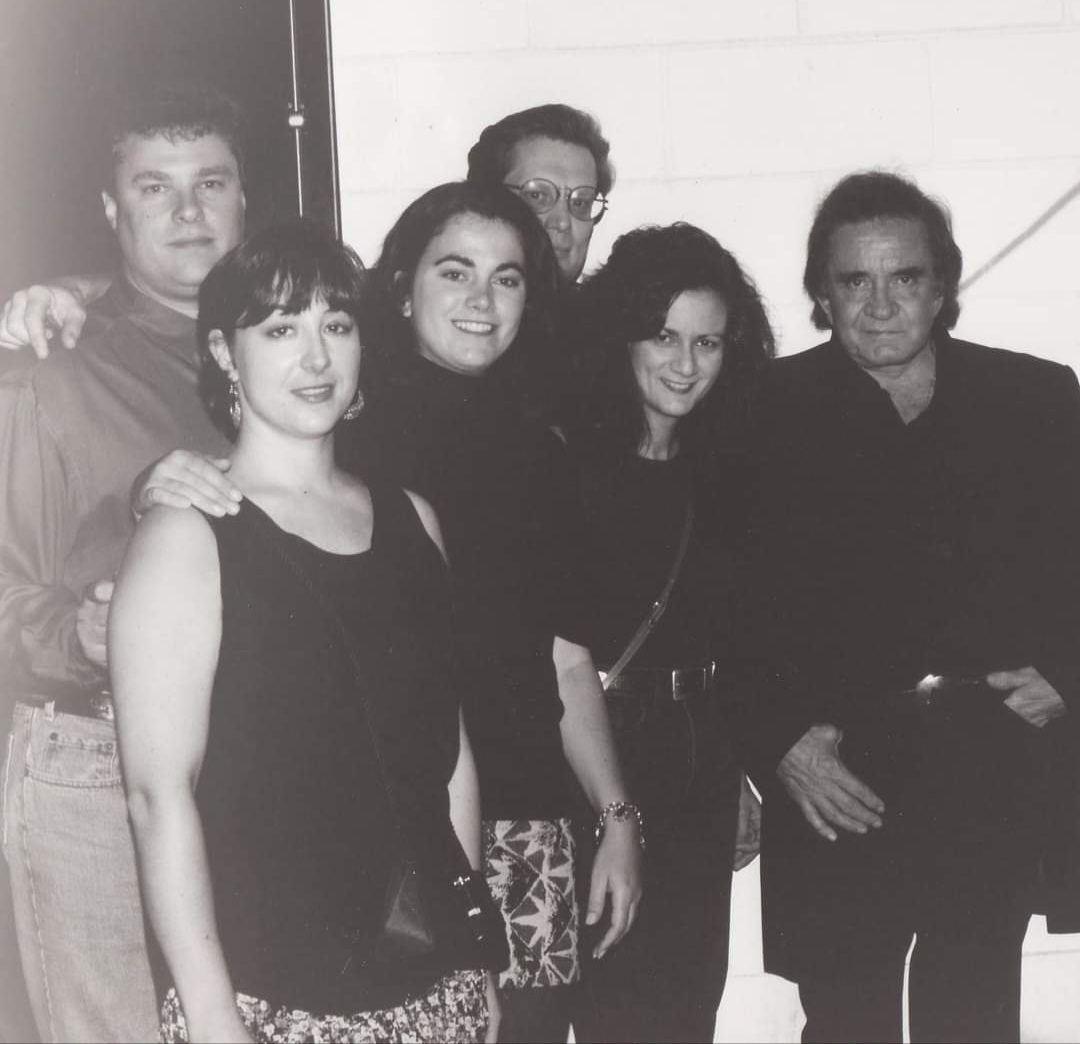 My radio mentor was Brian Philips when I worked at 99X. Brian was president of CMT, so he invited me to come to Nashville to meet everyone and see CMT. I came in for a very long weekend and at the end of the weekend, he offered me the job to come and oversee music. I said “Yes” without even thinking about it because I loved it in Nashville and obviously loved Brian.

How did you get your feet wet in country music?

For the first year, I really put my head down and people in the building were so helpful. I would go to shows just so I could learn the format and how it worked. I discovered all the artists and met a whole new set of people from managers, labels, publishers and publicists. I obviously fell in love with, first and foremost, Nashville. The community of people here are incredible.

[Before I got to Nashville,] when I was in New York and at this rock station, Skip Bishop was working for Sony. Skip and I knew each other from my rock years, and he would send me music all the time. He sent me music from this up-and-coming female artist they had signed named Miranda Lambert, and he invited me to go to her show. So I go to this show in New York, not realizing it was a CMT Tour, and I see a lot of the rock [staffers from the] management company Q-Prime. I said, “Why are you guys here?” They said, “We have the opening act, Eric Church.” So I fell in love with Miranda and Eric Church. I just couldn’t believe how much of a rockstar she was on stage. 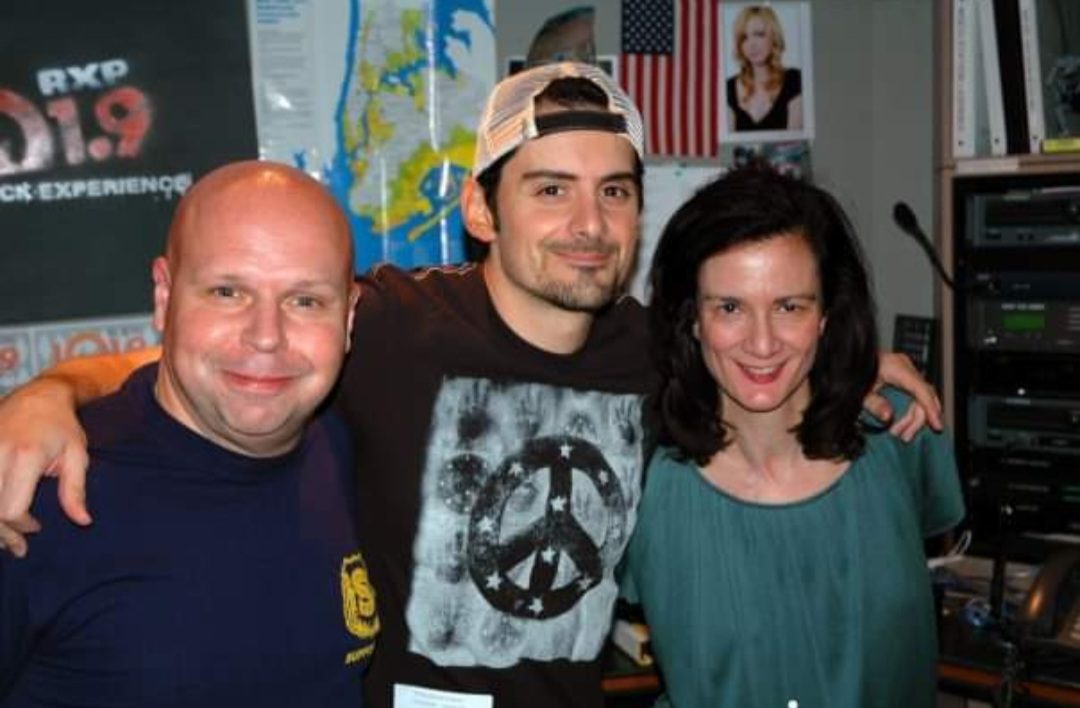 You joined CMT in 2011, and your impact since then has been enormous with new initiatives like Next Women of Country and many more. What was your vision for CMT when you started moving up the ranks?

When I got there, I was blown away by the music team. They’re all experts in their own field; they are music junkies. They go see all types of music. I was like, “Wow, I have this team that I can empower that are so incredibly talented. They are music fans first and foremost.”

The lay of the land was that women were not being well represented on contemporary country radio, and I didn’t understand why. So after doing a deep dive there, and knowing that Viacom was behind us wanting to start a female franchise, my first passion point was launching Next Women of Country in 2013. [We wanted] CMT to be a vehicle to support these artists on all of our platforms and then continue to grow it with a tour, because if you remember, you couldn’t get on a tour unless you had a song on the radio. Half of these artists had no tours and no chance to play on stage anywhere, so we started the tour. It just kept developing, so we knew that we could have an impact on new artists and artist discovery. 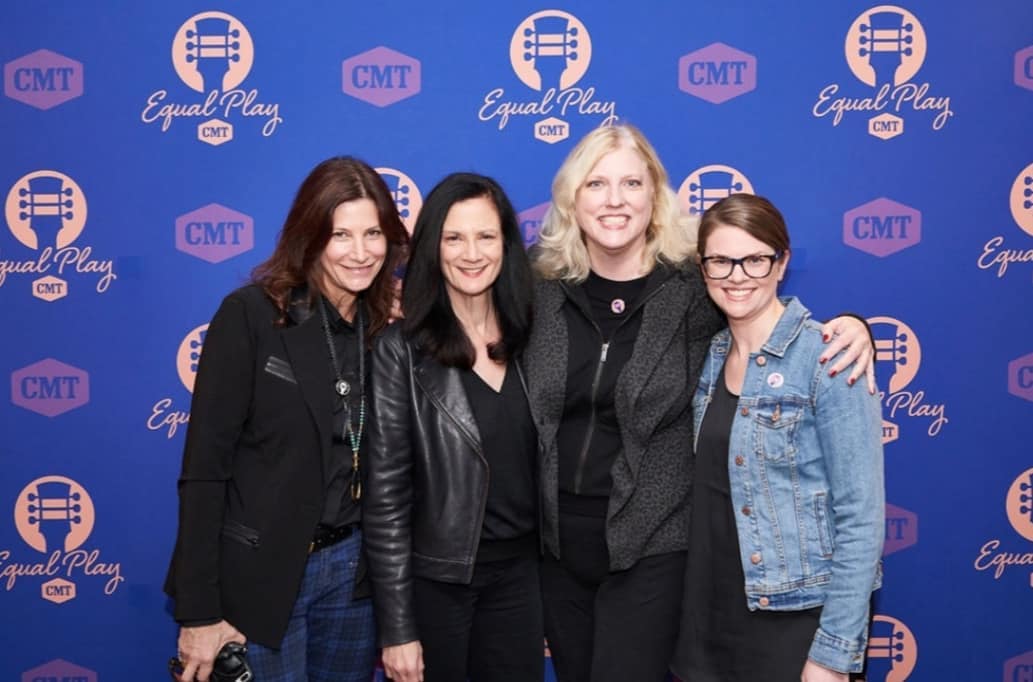 Not only are you helping to lift up female artists at CMT with Next Women of Country, but you also co-founded the initiatives Change the Conversation and Nashville Music Equality, and are a very big advocate for equality in country music when it comes to gender and race. Do you feel we are moving in the right direction?

I do. Even for us, we had to look at ourselves first and foremost. That’s why we started Equal Play. We had to ask ourselves, “What more can we do?” Knowing that we program our own music channels and we have three video channels, we could do even better. So we started Equal Play to have 50-50 parody: male, female. Then we looked at ourselves again and said, “We can’t wait for people to come to us, whether it’s a label or a publisher or artist reaching out. We actually need to do the research to find these artists that make our format move forward.” I’m really proud of what the team has done there with our Equal Play, Next Women of Country, and Listen Up programs, and being a voice for these artists.

What is something people might not know about what you do?

Speaking for myself, because I love to do it, I do a lot of mentoring and make myself available because people did that for me when I was getting into the industry. I always feel like I have that responsibility to give back, but I honestly enjoy doing it. I think a little encouragement goes a long way for someone and if you’re being a good listener and you’re encouraging someone, it’s incredible to see what happens next.

Early on when I was in radio, there was a guy named Eric Tracy. When I was a little baby DJ, he would listen to my airchecks. He was a big DJ in New Orleans and he would actually get back to me and would critique my airchecks. I speak a lot about Brian Philips because, throughout my career from radio to television, he’s always given me solid advice. When I made the move to come [to Nashville], he was the one that said, “You should look outside of radio. You should think about other opportunities.” He’s been a huge mentor to me throughout my career and still is. 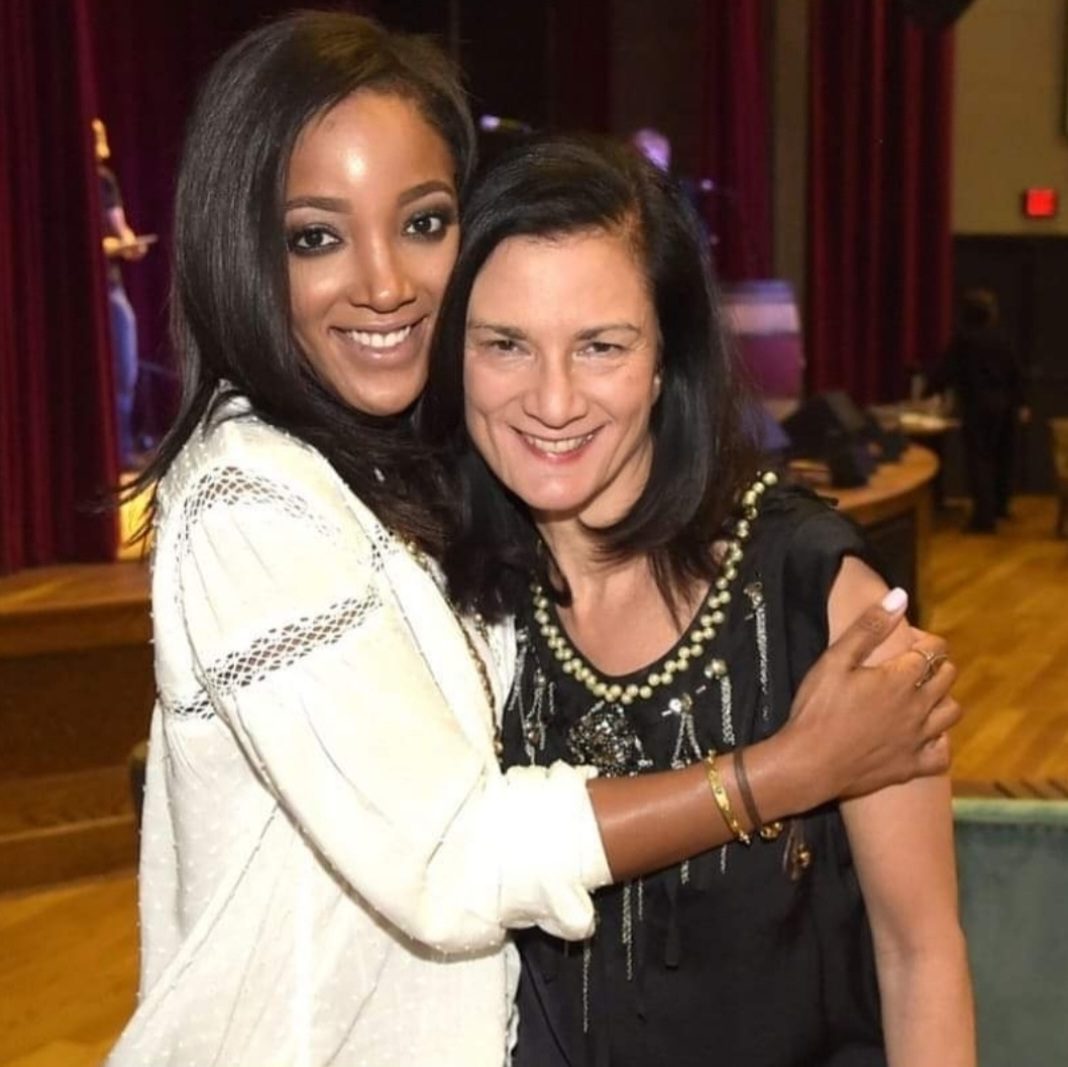 What are some of the best qualities about our industry?

The support. When I moved here, I couldn’t believe how people got back to you. They were willing to meet, they were willing to give advice. It’s just an open arms policy. I don’t think you find that in other cities. We all want to support the next generation of industry leaders.

If you had to name something that helped make you a successful person, what would it be?

Number one is just respect. You treat everyone the same. If I’m going to walk into a room, I’m going to talk to everybody. I know that there’s a hierarchy with some people, but for me, it’s just about treating everyone with respect and kindness.

What moment have you had that your little kid self would think is so cool?

When I was 19, I was working at this little radio station and we were covering this Eagles concert in Pensacola, Florida. I was going to drive back late at night and Irving Azoff said, “Why don’t you just jump on the plane with us and we’ll take you back?” I said, “Okay.” I didn’t know who was going be on the plane, I thought maybe the label [staff would be]. I get on the plane and it’s me Irving Azoff and the Eagles. I didn’t say one word the entire time, because I was sitting there going, “What do I say? What do I do?” I’ve got Don Henley to the left of me. (Laughs) Looking at it now, I’m like, “What would I do today if I was on a plane with the Eagles?” I probably wouldn’t say anything again!

I’m proud of the team that we have at CMT because we are a big family in how we all support each other. That doesn’t always happen, but I think everyone has each other’s back and everyone supports each other. For me, personally in my career, it’s just the friendships that I’ve made along the way. It’s not about getting an award. It’s not about recognition. To me, it’s just the friendships along the way that are invaluable.