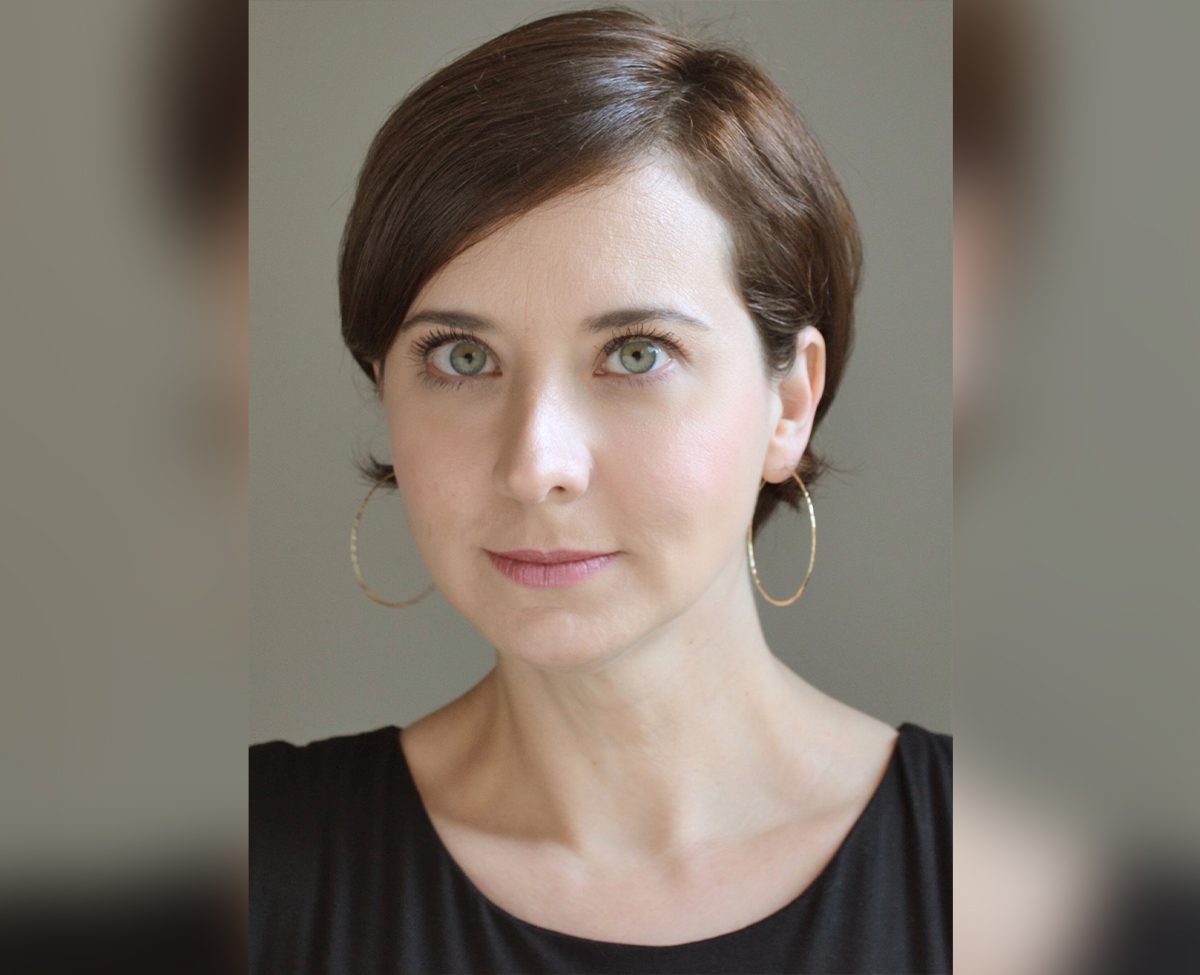 Alicia Warwick is the Senior Executive Director of the Recording Academy’s Nashville Chapter. She has been with the Recording Academy for more than ten years and currently leads day-to-day operations of the Nashville Chapter. Warwick works with the board to engage artists and industry members regarding initiatives, programming, and outreach. Prior to joining the Academy, she served as National Membership Director for Nashville Songwriters Association International.

MusicRow: Where did you grow up? What was your childhood like?

I was born in Weatherford, Oklahoma, and I grew up in Chickasha. My grandparents have a lot of farmland, and my parents are teachers and ranchers. So I had a very sweet childhood and was outside all the time.

Music was always in the household. My mom sang and played piano, and so did my grandmother. My mom tells the story that when I was six, I used to sing harmony along to songs in the car with her. I think I had the gene. I was just lucky that at a young age, I really enjoyed it and felt connected to it. 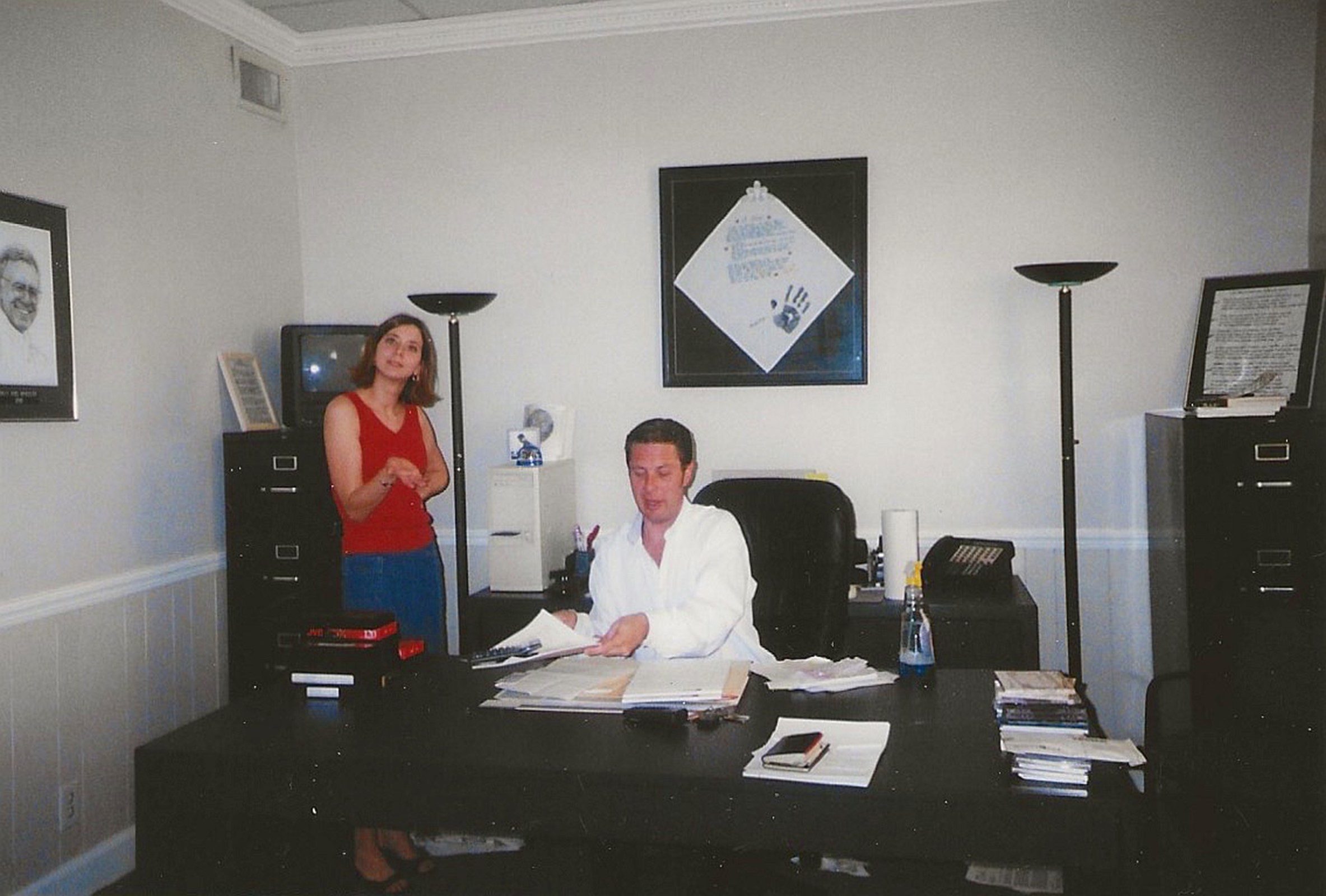 Pictured: Alicia with Bart Herbison at NSAI in 2001.

How did you pursue music as a career?

I sang in high school and I played in band. [During high school], I specifically remember having the opportunity to meet a gentleman named Joe Settlemires in Oklahoma City. A dear friend of mine in high school, Travis Linville—who is a phenomenal guitar player and singer-songwriter—introduced me to Joe. We started going to Oklahoma City and I would sing demos for Joe. That was such an eye opener because you got to see more than just what’s on the radio. You got to see behind the scenes. I realized this could be a career.

My high school music teacher pulled me aside in high school and said, “You need to sing or do something in music.” I think having some support outside of family was really a catalyst for me. I also had the opportunity to audition and be a part of the Oklahoma Summer Arts Institute in high school. All of these continuous opportunities happened because I loved music and I loved to sing and write. They opened doors that provided the next steps.

I had a vocal scholarship in college and went to Southwestern Oklahoma State University, and really loved it there. I went to school there for two years, but I wasn’t learning about the music business quite like I wanted to. I had met with the gentleman in Oklahoma City and he mentioned MTSU, so I transferred to MTSU my junior year. I realized that this is where I needed to be and the opportunities, again, happened through connections. I always tell everybody, whether it’s a student or someone that’s asking for advice, it’s the “class of” mentality. You join the industry in a “class of.” I was lucky to go to college with dear colleagues like Amanda Joyner, Daniel Miller and Luke Laird.

How did you get into the industry?

I interned at Zomba Music Publishing. At the time that was unique to me because it was multi-genre. I love country music, but I was really excited about that. The boy bands were hot then. (Laughs)

I interviewed for a position with Bart Herbison a couple weeks before I graduated. It was for the receptionist position and I didn’t get it, but I heard from him a couple weeks later. He gave me a call and said, “You’re very Type A, like me. I think you’re going to love this new position.” He hired me as a Member Services Coordinator. [In that job] I had the opportunity to work with the pro writers for an auction that I produced. I had so much freedom in creating the program and I am really thankful to Bart for that. I would call pro writers and Nashville Songwriter Hall of Fame members and ask them to submit their lyrics in some unique way [for the auction]. So Don Schlitz wrote “The Gambler” on a set of cards, Merle Kilgore wrote “Ring of Fire” [on some paper] and burned the edges, and Larry Henley wrote “Wind Beneath My Wings” on a kite. I was literally receiving a Grammy 101 from the legacy writers in Nashville, and it was such a memorable time. It was a really successful program and auction to raise money for NSAI.

I later worked my way up in the company there, through the support of Bart and all of my amazing colleagues there, and I became the National Membership Director. I oversaw membership, the workshops program and events in that role. I truly loved it because I love working with the songwriters where it all begins, the true heart of where the music starts. That was an amazing time.

How did you get involved with The Recording Academy?

I had run into a colleague at an industry holiday party. They mentioned that there was an opening at the Academy—it was actually called NARAS back then, before The Recording Academy. I applied and I was hired as a Project Manager at the Academy in 2006.

You have worked your way up in the Academy, eventually being named the Senior Executive Director of the Nashville Chapter. What all does that entail?

The role of Senior Executive Director means I get to oversee a board of around 40 industry professionals and creators in all genres and in all professions. I am also charged with keeping the Academy’s Nashville Chapter fiscally smart and making sure we’re staying on budget. I raise funds for sponsorships along with really supporting the community at large. And of course, I help bring our national efforts with the Academy to the forefront, making sure that our members are aware of the amazing support that MusiCares provides, working philanthropically with the Grammy Museum, and working alongside our significant advocacy efforts.

My role varies in so many ways, but I would say the most important thing I do as Senior Executive Director is [help make] connections. It’s a multi-genre world. We’re charged with making sure that we are embracing all creators and all genres. That is such a fun aspect of my job.

From the recent Grammy party, it seems quite clear that Nashville is very focused on diversity in its chapter. How are you guys addressing that?

The Nashville chapter absolutely supports our diversity efforts. Some of the ways in which we do that are working with our Nashville staff, our board and our committees, along with Senior Membership Manager Laura Crawford, to recruit the new member classes of the Academy. We do that through one-on-one connection, making sure that we’re allowing all of our creators to see themselves in the Academy. Whether it be by genre, generational inclusion, or racial equity, they’re all highly important to the Academy. That’s something we talk about on a daily basis. We specifically have a diversity outreach initiative committee here locally, and it has been at the top of our minds consistently on any meeting we have. It’s about how can we make all of our members feel welcome and included, because that’s what music is and that’s important to us.

Other initiatives that the Academy has worked on in regards to diversity, equity and inclusion are the creation of the Black Music Collective, and making sure that we are focusing our energy on highlighting Black creators. We also have a Women In The Mix survey that went out to women throughout the country in all genres and all areas of music to see how we can support women in music. I’m happy to say that we have increased our membership and are at 60% towards our goal in doubling our women voting members by 2025. So there’s a lot of exciting action going on.

Who have been some of your mentors throughout your career?

Connie Bradley and Pat Rolfe were absolutely mentors to me. They were so phenomenal. I remember being in the industry early on and they remembered me, they made me feel seen, and they would give me advice. Sometimes I don’t even know if they knew how much they mentored me.

I was also mentored by a lot of the professional, established writers in Nashville. A lot of members of the Songwriters Hall of Fame would come in to NSAI and they really helped pave the way for me, helped me see how the industry could work and how it really was a family.

What is some of the best advice you’ve gotten from any of them?

The best advice from Connie was to be nice to everybody no matter where you are in your career. She used to say, “You never know who your boss is going to be someday.” That really stuck with me.

What moment have you had that your little kid self would be proud of?

About three years ago, I had the opportunity to meet Linda Perry. She was working on producing an album with Dolly Parton. I wanted to meet Linda and really engage her in the Academy. I emailed her and had a chance to connect. She said to just come by the studio and say hi. So I come in and they were like, “We’re expecting you, Alicia. Please sit here.” And I said, “I just want to be a fly on the wall. Just sit me over to the side and I will be ready to meet with Linda whenever she can.” Linda came [in the room], just going to get a drink, and she said, “Alicia, just go on into the control room.”

I was still a little hesitant, but as I walked in, Dolly was sitting in the control room and greeted me like it was just another morning. (Laughs) Linda sat down at the console, turned and chatted with me for a second, and said, “Just hang with us for a while.” Macy Gray was in that day singing and Dolly was singing harmony. That moment to me [affirmed that] this is why I love music so much and why I love the Nashville community. It reminded me that everyone is so welcoming. That was a fly on the wall moment for me that I think my younger self would’ve really cherished.

That’s such a hard one. I would say that I cared and that I had a real open door policy. Whether someone’s joined for the first time or been a member for 30 years, I’m here.