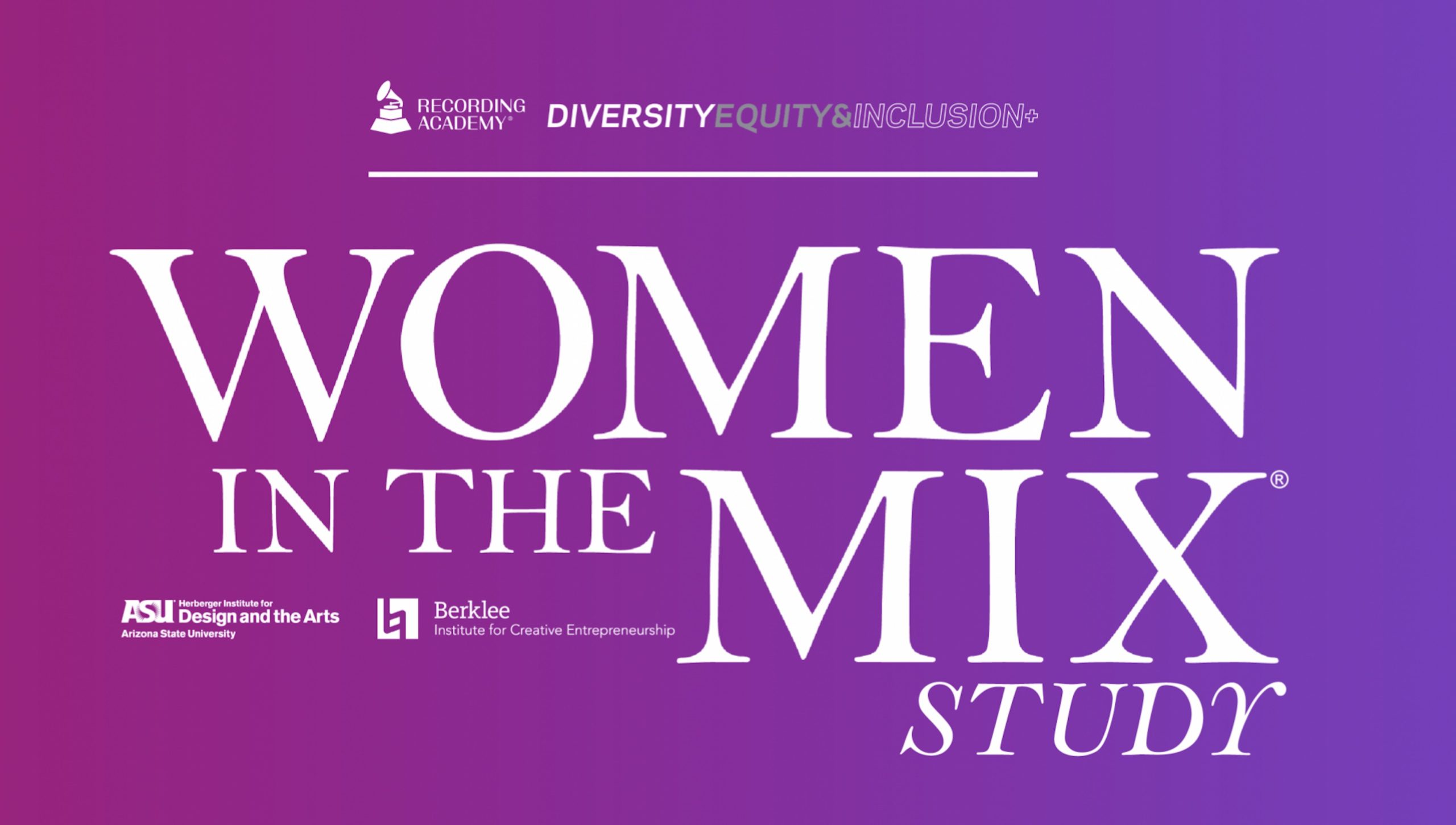 The Recording Academy, Arizona State University and Berklee College of Music Institute for Creative Entrepreneurship unveiled the results of the inaugural Women In The Mix Study.

Designed to examine and better understand the experiences and socio-economic landscape of women and gender-expansive people in the American music industry, the study explores demographic characteristics, employment experiences, career challenges, job satisfaction, family decisions, and pathways into the music industry. More than 1,600 respondents from across the U.S., representing all ages, races and ethnicities, were included in the study from those behind the scenes to front and center, and at all levels, from entry to executive.

“We have a responsibility to ensure that we are amplifying women’s voices and our lived experiences,” says Valeisha Butterfield Jones, Co-President of the Recording Academy. “The Women In The Mix study is a groundbreaking account of the realities and decisions that we as women working in music are publicly and privately making each day. By centering this study around active listening, learning and building solutions, we’ve armed the industry with valuable data about the barriers affecting women in music and how we can together take a stand. We’re thankful to the more than 1,600 respondents that participated, whose voices are helping us shape the approach to achieving equity in the industry.”

“Listening to these individuals and hearing their stories is an important part of making them and their experiences visible,” adds Erin Barra, Women In The Mix Study author and director of popular music at Arizona State University. “When trying to create meaningful change you have to speak directly to the people who will be most affected by that change and let them be a part of the conversation.”

Among the most compelling data points, 84% of respondents reported that they had faced discrimination equally across all racial identities, 77% felt they had been treated differently in the music industry because of their gender, and over 56% believed their gender had affected their employment in the industry, with music creators and performers expressing this the most at 65%.

The study has shown that they are overworked and underpaid, with 57% of respondents have two or more jobs, 24% working between 40-51 hours per week, and an additional 28% working over 50. Furthermore, 36% of respondents are making less than $40,000 per year and almost half of them feel like they should be further along in their careers.

Similarly, of the respondents that identified as music creators and performers, 48.6% said they made less than $40,000 per year, indicating that they are making less money than their peers in other professions on average. Approximately 57% of music creators felt they should be further along in their career, compared to those working in music education (48.5%), event/tour production and management/promotion (41.7%), music business (37.4%), and music media and technology (32.9%).

Overall, career satisfaction and passion for the music industry remains high, showing 78% of respondents feeling satisfied, with over 80% in career categories that seem to face the most obstacles, such as freelancers, music creators and performers.

The full report, including all findings and methodology, can be found here.

Based on the study’s findings, the Academy has committed to a donation totaling $50,000 to five organizations that support the growth of women and girls in music, including Beats By Girlz, Femme It Forward, Girls Make Beats, She Is The Music, and Women’s Audio Mission. Each advocacy group will receive a $10,000 grant to further their mission.