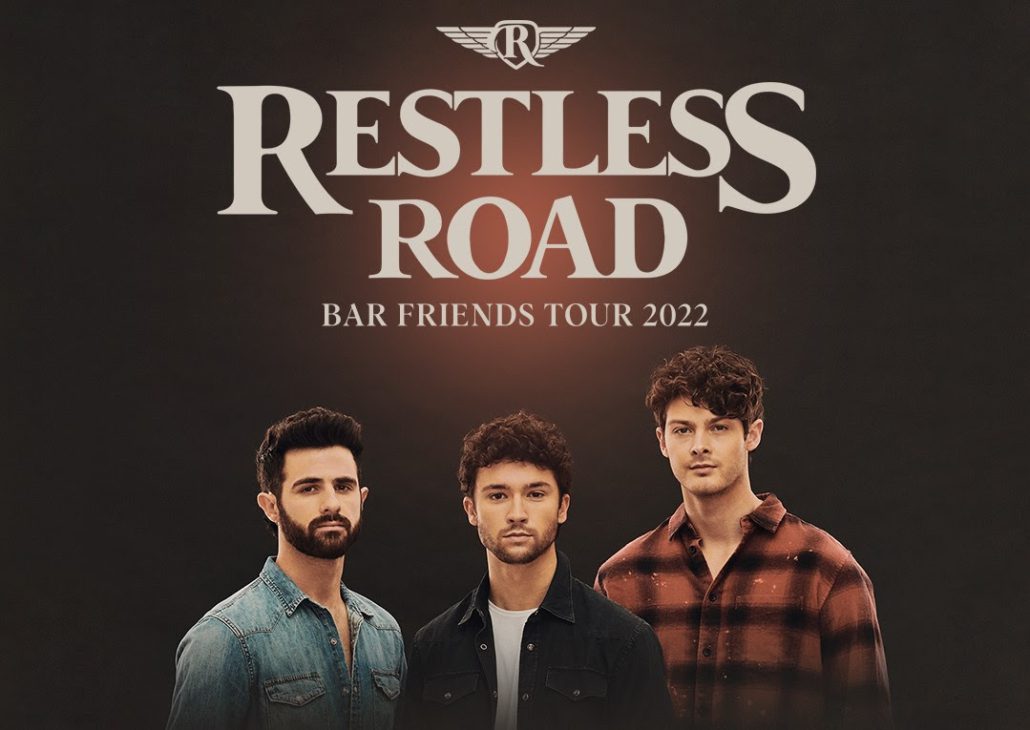 Restless Road’s outing will run through late May and make at least 17 stops, including a performance April 14 at Nashville’s Exit/In. Tickets are available for purchase at RestlessRoad.com.

Signed to 1021 Entertainment/Sony Music Nashville, Restless Road is made up of band members Zach Beeken, Colton Pack, and Garrett Nichols. With their harmonies and honest lyrics, the trio has racked up millions of streams with such fan favorites as “Bar Friends,” “Hometown Tonight,” and “Headlights.”

In February 2020, the trio unveiled their debut self-titled EP produced by Dann Huff, which included “Take Me Home,” featuring Brown.