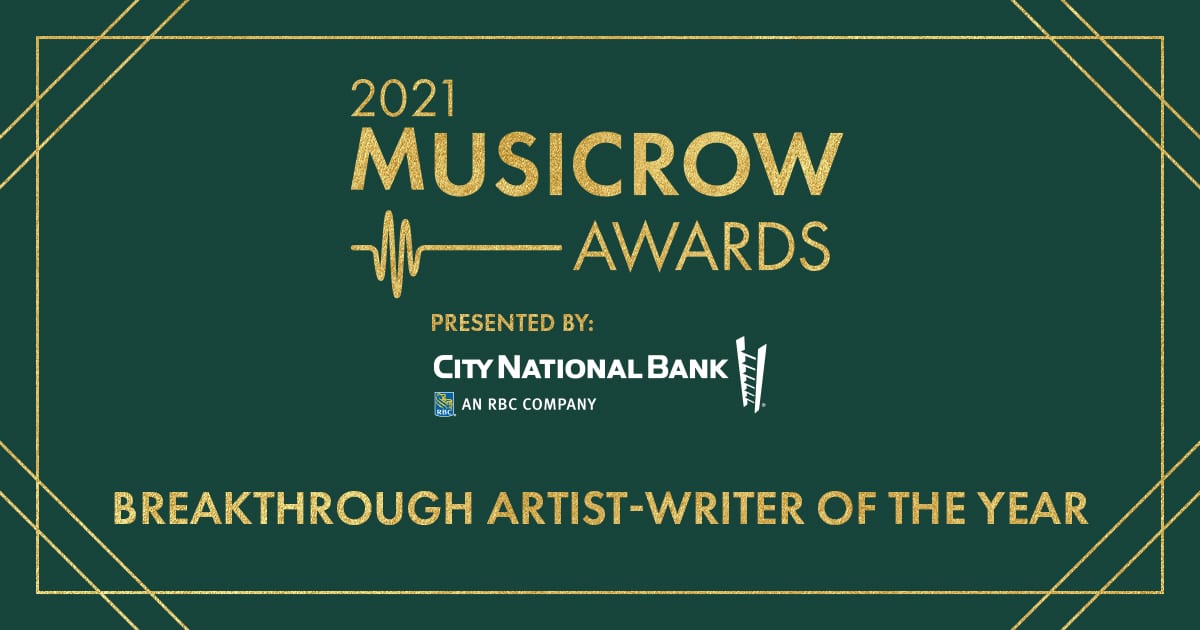 Following the announcement of this year’s nominees for the 33rd MusicRow Awards, we take a look at the MusicRow Breakthrough Artist-Writer of the Year category. The Breakthrough Artist-Writer of the Year is voted by MusicRow’s subscribed members to honor a Nashville songwriter and recording artist who for the first time wrote or co-wrote a Top 10 song for the first time during the eligibility period of June 1, 2020 to May 31, 2021. 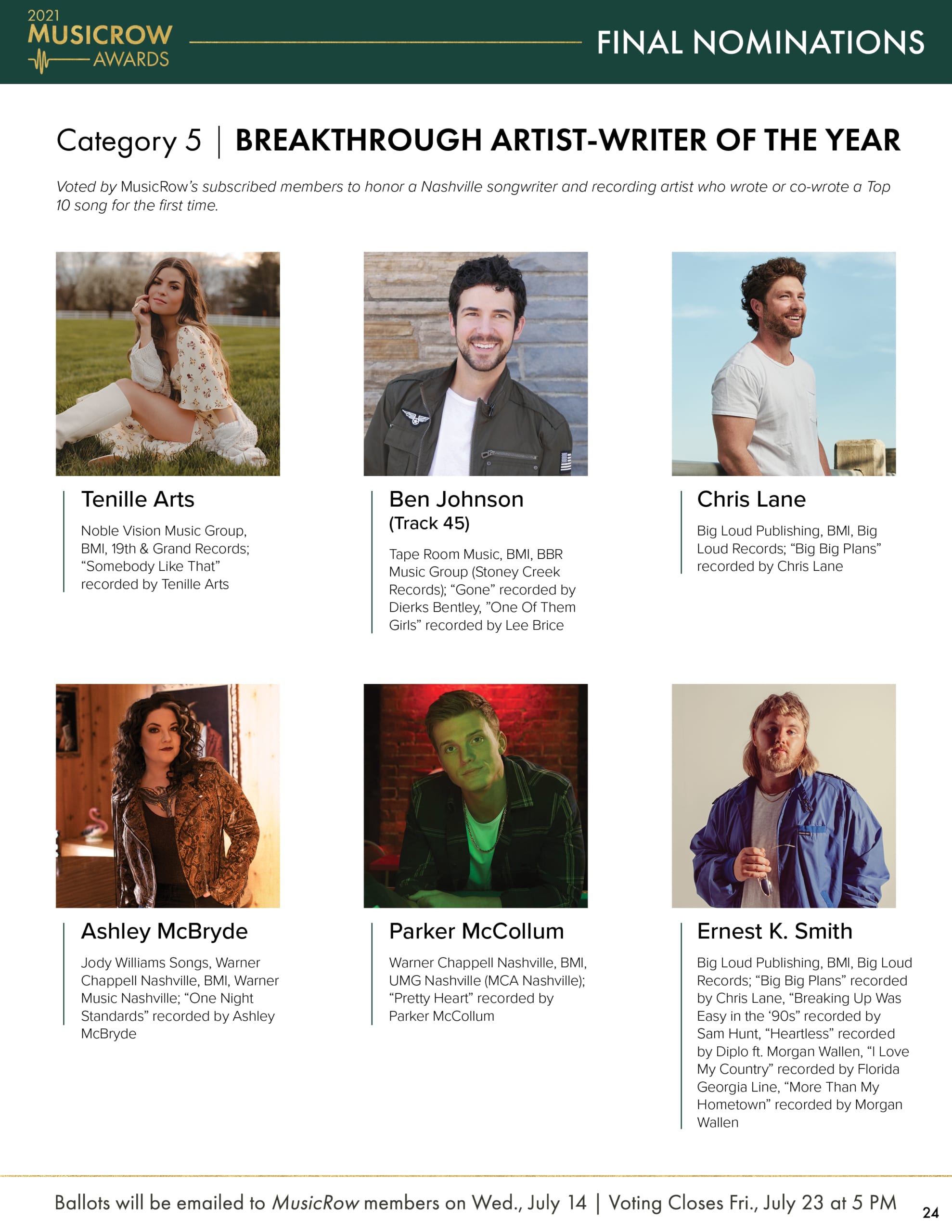 Tenille Arts had a history-making single with “Somebody Like That.” Written by Arts, Allison Veltz Cruz and Alex Kline, it is the first country song performed and produced entirely by females to reach No 1. This success earned the trio multiple MusicRow Awards nominations. Arts was selected for the CMT Next Women of Country Class of 2021, and was nominated for ACM New Female Artist of the Year. This summer she’ll be working her follow-up single “Back Then, Right Now” and hitting the road with Lady A.

Ben Johnson of trio Track45 has two qualifying songs which earned him a nomination for Breakthrough Artist-Writer: “Gone” recorded by Dierks Bentley, and “One Of Them Girls” recorded by Lee Brice. His chart action during the eligibility period also includes “All My Favorite Songs” by Weezer which was a hit on the Adult Alternative Airplay chart. Johnson’s other cuts include ”Believe” by Meek Mill and Justin Timberlake, “On Me” by Thomas Rhett and Kane Brown ft. Ava Max, “Hot Beer” by Dillon Carmichael, and “Give Heaven Some Hell,” by Hardy, which is nominated for MusicRow Awards Song of the Year. Johnson also co-produced Kylie Morgan’s debut EP.

Chris Lane scored his first No. 1 as a songwriter with “Big Big Plans.” He wrote the song with Jacob Durrett and Ernest Keith Smith, a fellow nominee for Breakthrough Artist-Writer. Lane’s previous hits as a recording artist were outside cuts including “I Don’t Know About You,” “Fix,” and “Take Back Home Girl” ft. Tori Kelly. Lane is following the success of “Big Big Plans” with new single, “Fill Them Boots,” and a tour of the same name. He also dropped the tracks “Summer Job Money,” “That’s What Mamas Are For,” and is featured on Dustin Lynch’s “Tequila On A Boat.”

Ashely McBryde is a co-writer of her hit single “One Night Standards” along with Nicolette Hayford and Shane McAnally, marking her first entry into the top 10 as a songwriter, despite her notable past success. The song was released on Sept. 23, 2019, as the lead-off single to her second studio album, Never Will, and peaked at radio a year later. McBryde is the 2019 MusicRow Breakthrough Artist of the Year. Her co-writes have been recorded by artists including Chrissy Metz, Carly Pearce, Dan Smalley and Shy Carter. McBryde returns to the road this summer, including her first headlining shows at the historic Ryman Auditorium.

Parker McCollum earned his first No. 1 at country radio with “Pretty Heart,” which received RIAA Platinum certification and was featured on his Hollywood Gold EP, the highest-selling debut country EP of 2020. McCollum’s year of many highlights includes numerous sold-out shows, and his debut performance on the Grand Ole Opry. His full-length major label debut album, Gold Chain Cowboy, is set for release July 30. McCollum wrote “Pretty Heart” with frequent collaborator Randy Montana, who is the reigning MusicRow Breakthrough Songwriter and is in the running for Male Songwriter of the Year this year.