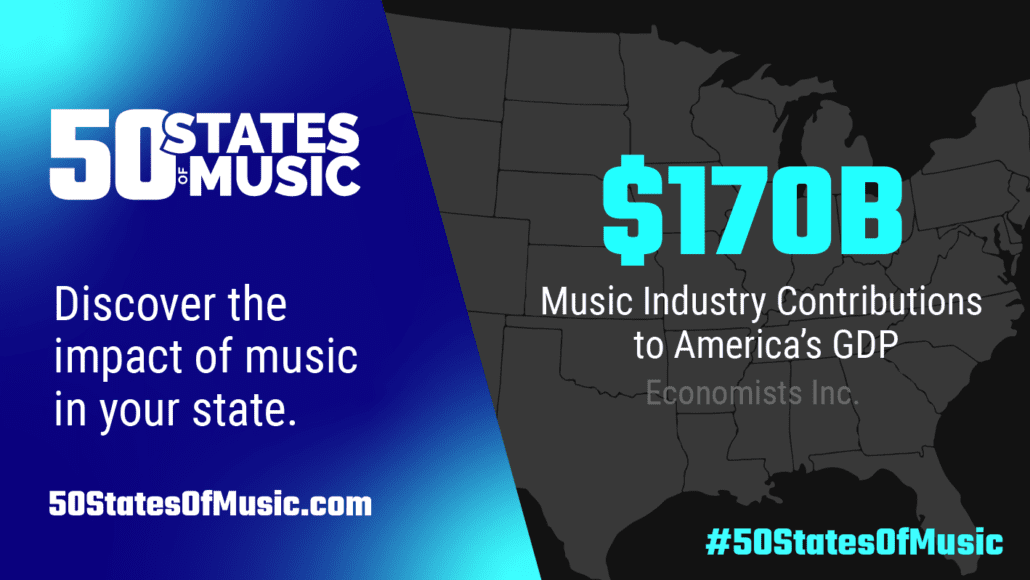 Ten music groups partnered on an interactive website which illustrates the significant financial and cultural contribution of the U.S. music industry in each state.

First launched in 2019, the newly updated version of 50 States of Music features data from Economists, Inc. which details the economic impact of the U.S. music industry state by state, totaling nearly 2.5 million jobs for American workers and contributing $170 billion in GDP annually. Across the country there are 236,269 music establishments and 1.45 million songwriters.

In a joint statement they said: “It is widely known that music contributes to our lives in meaningful ways. It comforts us in times of sorrow and punctuates moments of joy. What is less known, however, is the tremendous value music provides to towns and cities across America in the form of jobs, community, culture, and revenue. We hope that policymakers, fans and artists everywhere will continue to use this site as a resource to better understand and appreciate the full breadth of music’s impact on every community.” 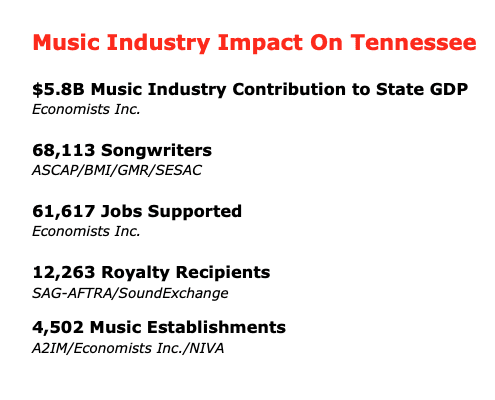