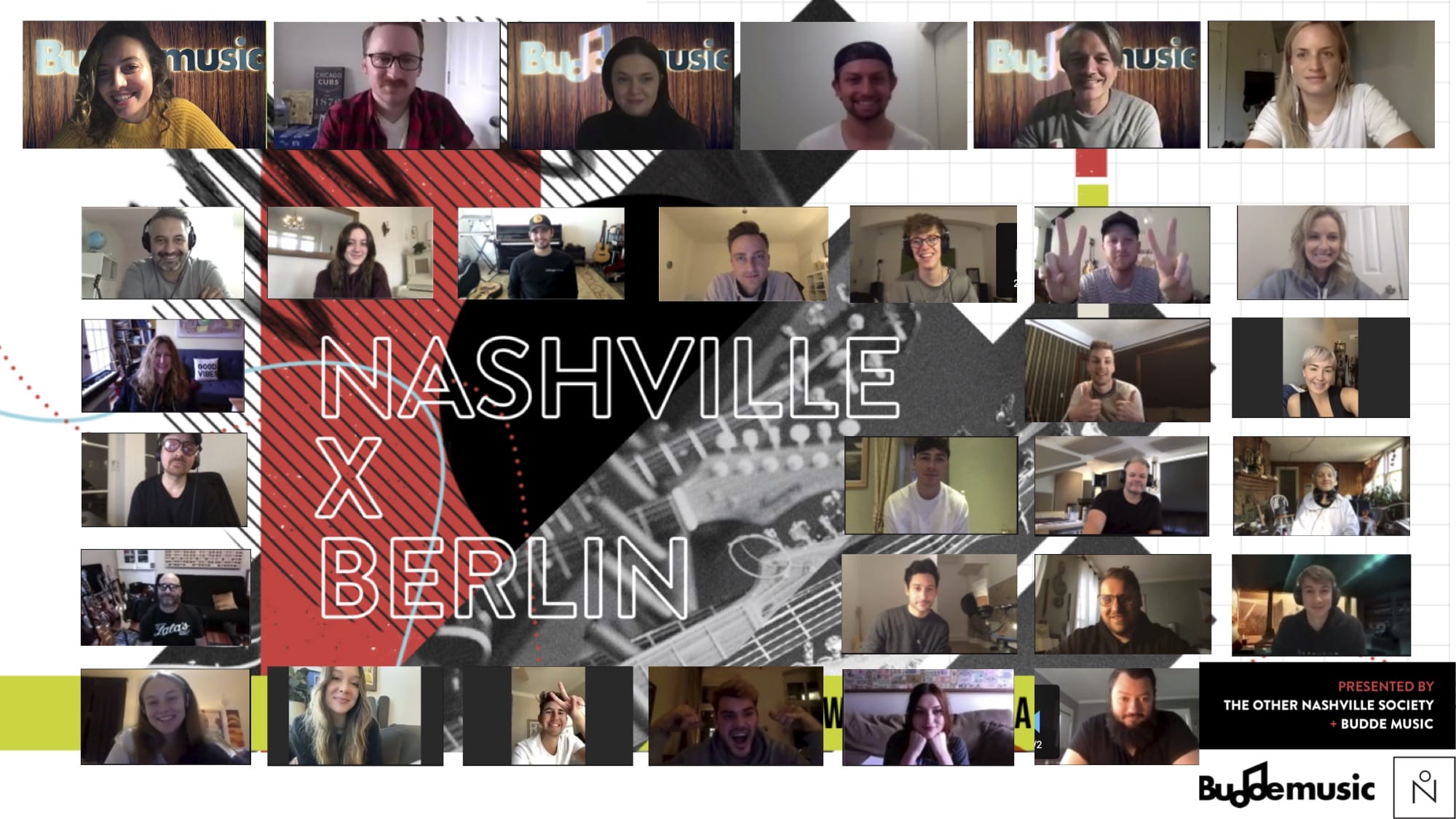 In addition, major label execs from both sides of the Atlantic, including A&R from Epic Records, Warner Records, RCA Records, Capitol Records, Polydor Records, and Island Records, briefed the camp each morning on their artists’ current song needs.

Head of A&R, Prescription Songs Nashville / TONS Co-founder, Katie Fagan, said, “Our mission at TONS is to not only give a platform to our community of creators here in the U.S., but to help spread awareness across the globe that Nashville is a melting pot of successful multi-genre writers, producers and artists. When it came to international markets we wanted to connect with, Germany was at the top of our wishlist. Our friends at the Music Business Association (Music Biz) connected us to Germany’s top music business conference, Reeperbahn Festival. Through that connection, we met Peer Steinwald at Budde in Berlin. Very quickly, we all realized we were aligned on a camp, and within days we were making plans.”

Those plans for an in-person writing camp were altered due to the pandemic, so TONS and Budde shifted to a successful virtual event.