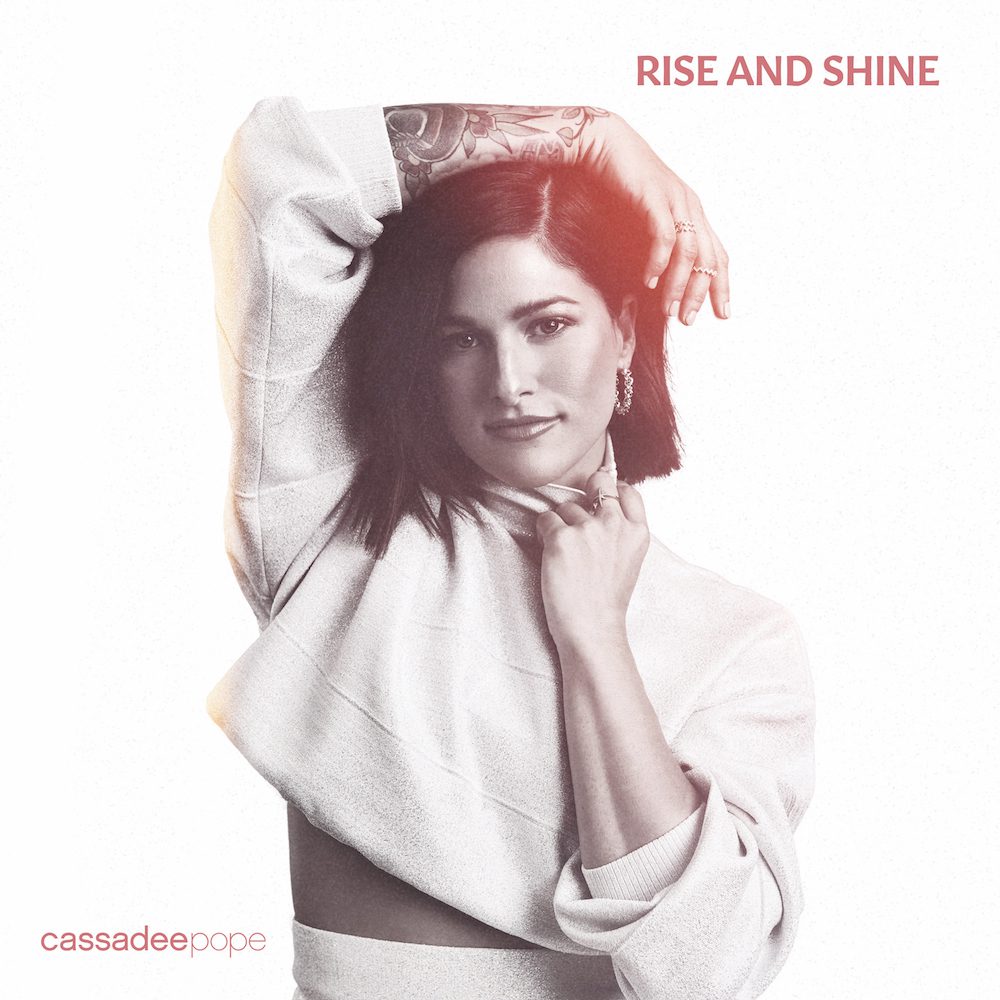 Like most artists, Cassadee Pope had different plans for 2020. She had been planning a full-length band project to follow up last year’s Stages.

Then the COVID-19 pandemic hit, temporarily shutting down recording studios, and effectively canceling tours for the foreseeable future. Pope has been making the best of having extra downtime by facing one of her fears—cooking.

“I mean, I was deathly afraid of the kitchen. I would never cook because I’d be afraid that I would mess it up, because I have in the past,” Pope says. “But during the quarantine, I hit my stride. I was relying on cookbooks and online recipes, or whatever, but now I’m just making things up and they are turning out great. I’ve baked cakes, I’ve made scones—I’m feeling pretty good about my skills now.”

That’s not the only creative endeavor she’s undertaken—over the past few years, she’d been writing music, funneling the heartbreaks and disappointments she’d experienced over the past few years—from parting ways with her former label BMLG, to a breakup with an old boyfriend, and then her journey through therapy and self-discovery—into some of her most intensely personal work to date.

Pope says she felt the creative freedom to revisit some of those songs (most of them written around 2017), culling more than two dozen tracks into the eight that appear on her recent acoustic EP, Rise and Shine, which released independently in August via her own Awake Music label.

“It’s a product of the pandemic,” she says of the acoustic album. “At the beginning, I thought, ‘What can I do safely that would still have an impact? An acoustic project felt like the obvious answer. We are in an acoustic state of the world right now, where we don’t have a ton to distract ourselves from our issues or the things we are going through. Obviously there’s so much noise happening in the world right now, but we aren’t distracting ourselves in many of the ways we normally do.”

Pope first rose to fame as a teenager, leading the rock group Hey Monday. In 2012, she took a creative detour into country music, winning season three of The Voice and following it with the Platinum-certified country hit, “Wasting All These Tears.” She went on to earn a Grammy nomination and a No. 1 hit with “Think of You,” a Platinum-certified collaboration with Chris Young.

But while those radio-friendly tracks benefited from swelling productions and Pope’s show-stopping soprano, Rise and Shine’s sparse instrumentation allows not only the power in Pope’s voice to take center stage—but also its singular cracks and edges, nuances that only heighten the intimacy and transparency felt throughout the songs’ lyrics.

Pope spent two days recording at Blackbird Studios in Nashville and for the first time, she co-produced an album, alongside Todd Lombardo.

“I wanted it to be acoustic first and foremost, and then I wanted it to also be kind of like more of an emo-country, acoustic record, rather than it be pretty traditional country sounding. So I was very focused on the vocal production aspects, just making sure that I chose the right mic, and that the vocals were mixed in a way that felt warm and cozy and not shrill and in your face.”

It’s all me, baby—blood, sweat, and the truth, Pope sings on the album’s closer, “Built This House,” the line an apt summary of the new project, as the album is steeped in details of her journey to finding self-acceptance and freedom.

She finds closure after a broken relationship on ‘Hoodie,’ and revels in the ragged edges that set her apart creatively on “Sand Paper.” She reprises Hey Monday’s signature hit “Hangover,” on the new project. Elsewhere, her current boyfriend, actor/musician Sam Palladio, lends his voice on the hopeful “California Dreaming.”

Next week, on Oct. 9, Pope will release a remixed version of the project’s title track, mixed by Dave Audé.

“I was so excited because when I heard my team say that he wanted to do a remix, I was like, ‘Oh, I don’t know if this is like a clubby song, but I guess we’ll see what he comes up with.’ Dave sent me a little bit of an example of what we wanted to do with the track, and to my delight and surprise it was just a more realized track than a club remix or anything like that. It’s got such weight to it, and a bit of an ‘80s vibe, which I love. I just thought this song, to me, feels powerful acoustic, but how can we make it feel powerful and a different realm and give it another life? And so this was kind of the solution to that. And I’m really happy with the way it turned out—it adds so much emotion to the song.”

Pope hopes the depth and breadth of the songs on Rise and Shine offer a point of relation and connection to listeners, no matter what they are going through, as it does for her.

“Some days it’s my favorite is ‘Hoodie,’ and some days my favorite is ‘Sand Paper.’ So I think that’s a good thing. I feel extremely close and precious about all of them. I think that what I’ve learned through releasing music through this time is that yes, people are probably more appreciative of it now, but I also think that won’t end, no matter how far out of this we get. I think people are always really hungry for music.”

Pope says Rise and Shine is a precursor to her upcoming full-length album, which will be more rock-oriented than her more recent albums.

“When I go and do the full band record, I really want to make sure that it’s safe and that everybody in the situation feels comfortable. So I haven’t really even looked at dates or figured out what that would even look like, how I could execute that safely. So that part is still up in the air, but I definitely have the songs and it’s definitely more pop rock leaning. It’s more of a focused project that’s come together through all of this, which I’m excited about.”