Music City is home to a myriad of musical genres, from country to soul to reggae and everything in between, and perhaps no one is more aware of this than superstar and longtime resident Keith Urban.

As his Graffiti U World Tour roared through Nashville on Aug. 24, Urban used the concert to incorporate elements of funk, alternative, rock, soul, that have pulsated increasingly throughout each of his albums, offering plenty of swagger as he offered a solid mix of songs from his latest album (of the same title), as well as hits from his nearly 20-year career.

Urban upped the production ante with rotating and angled screens of varying sizes offered a dazzling array of effects, images, and video. He offered a rendition of his hit “Comin’ Home,” which featured video of Julia Michaels emblazoned on the screens above center stage.

“And we are home, finally,” Urban told the crowd.

It’s no easy feat to take an arena filled with thousands of fans and make a performance feel intimate, and yes, homey. Yet, Urban’s easygoing personality and musical prowess made that goal seem effortless, as the concert was equal parts electrifying music and a lovefest between artist and devoted audience.

Early in the show, he brought up the house lights, so he could read some of the numerous signs fans brought to the concert. One set of fans traveled more than 700 miles to the concert. Another was celebrating a birthday. Two signs in particular, which declared love for both Urban and his wife, actress Nicole Kidman, caught Urban’s attention.

In a quintessentially Nashville moment, he brought the fans onstage, and introduced them to Kidman, along with her fellow Big Little Lies costar (and Nashville resident) Reese Witherspoon.

More hits followed such as “Parallel Line,” “Put You In A Song,” and “You Gonna Fly.” He switched to acoustic guitar for a moment of intimate angst, and ultimate freedom, on the Sarah Buxton-penned hit “Stupid Boy.”

Afterward, he introduced a new track from Graffiti U, the reggae-tinged title “My Wave,” featuring multi-talented musician Shy Carter.

“This is not a beach song,” Urban explained, “but this is how I’ve learned, and am learning, to live my life.” Show opener Kelsea Ballerini made an appearance during Urban’s set, admirably performing Miranda Lambert’s lines on “We Were Us.” But the talented Ballerini was far from the only female musical talent Urban showcased during the evening. He generously shared his stage and influence with the thousands of music lovers that attended to highlight several female artists, from newcomers to superstars.

He welcomed local Belmont University college student named Ashley to perform “Without You.”

Urban’s UMG labelmate Kassi Ashton, fresh from her arresting performance at the ACM Honors earlier this week, turned in star performance on “Drop Top,” from Graffiti U, as she more than held her own center stage, dancing and letting her confident vocals wash over the radio-ready track.

“I love finding new talent,” Urban said, “or talent that not enough people have heard about yet,” before he introduced sibling duo Larkin Poe. Sisters Rebecca and Megan Lovell offered a grinding, howling take on the spiritual classic “Wade In The Water.” The soulful rendering transitioned into a full-on guitar duel between Urban and Megan, offering a more complete showing of her musical expertise. The guitar duel was just one of the several lengthy guitar solos Urban used to showcase his ace musicianship.

Urban was just as reverent in the show’s quieter moments, such as the dramatic “Cop Car,” “Blue Ain’t Your Color” or when he ended “Somebody Like You” in a transcendent moment, no lights, just the crowd repeating the chorus over and over again, as if finding a spiritual emboldening from the words.

As Underwood danced on the main stage, Urban made his way through the crowd to a satellite stage in the back of the arena. Urban and Underwood used the song’s call-and-response chorus to make the most of the dramatic distance between the two stages.

From there, Urban offered more hits, such as “Kiss A Girl” and “You Look Good In My Shirt,” before teasing the crowd once again.

“You give me so much, I want to give you something tangible,” he said, before drawing an audience member from the crowd and gifting her with the guitar he had been playing.

“We are putting it into sixth gear now,” he said as he returned to the main stage. He wasn’t kidding. “Gone Tomorrow (Here Today),” received a progressive rock treatment, as lights, lasers and video were used to create a cage around the band.

Following a crowd-pleasing rendition of “John Cougar, John Deere, John 3:16,” Urban welcomed the Tennessee State University marching band, as confetti fell from the ceiling. As the band left the main stage, Urban ushered in a final quiet moment with only an acoustic guitar.

“This guitar might look familiar,” he said. “It belonged to Waylon Jennings. I’ve had some incredible moments on this stage, like seeing the [Nashville Predators] play and doing All For The Hall, but one of the most standout moments is when I got asked to join the Opry family.”

He then closed the show with his very first No. 1 hit from 2000, “But For The Grace of God,” and another Graffiti U track, the anthemic “Horses.”

As the crowd began to disperse, Urban lingered onstage, signing posters, taking photos with fans in the front rows, and waving to the crowd, a suitable ending for a concert that felt much more akin to a family homecoming. 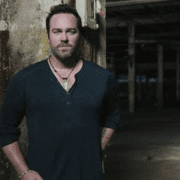