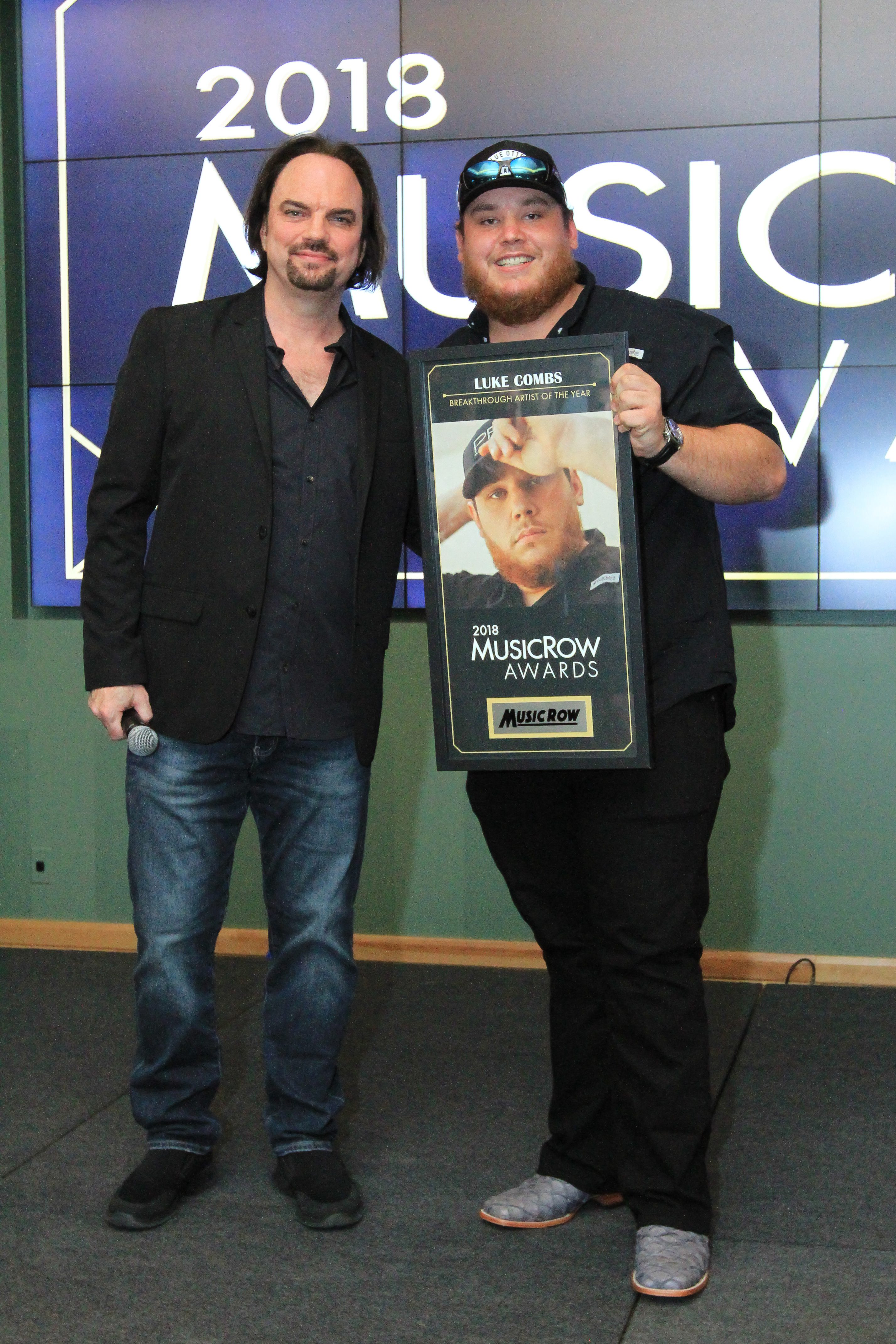 The 30th anniversary of MusicRow magazine’s awards was celebrated at BMI on Wednesday evening, June 27.

MusicRow publisher/owner Sherod Robertson presided at the event. He noted that the awards are voted on by the periodical’s subscribers and that they often presage what happens in Nashville at its big fall awards galas. 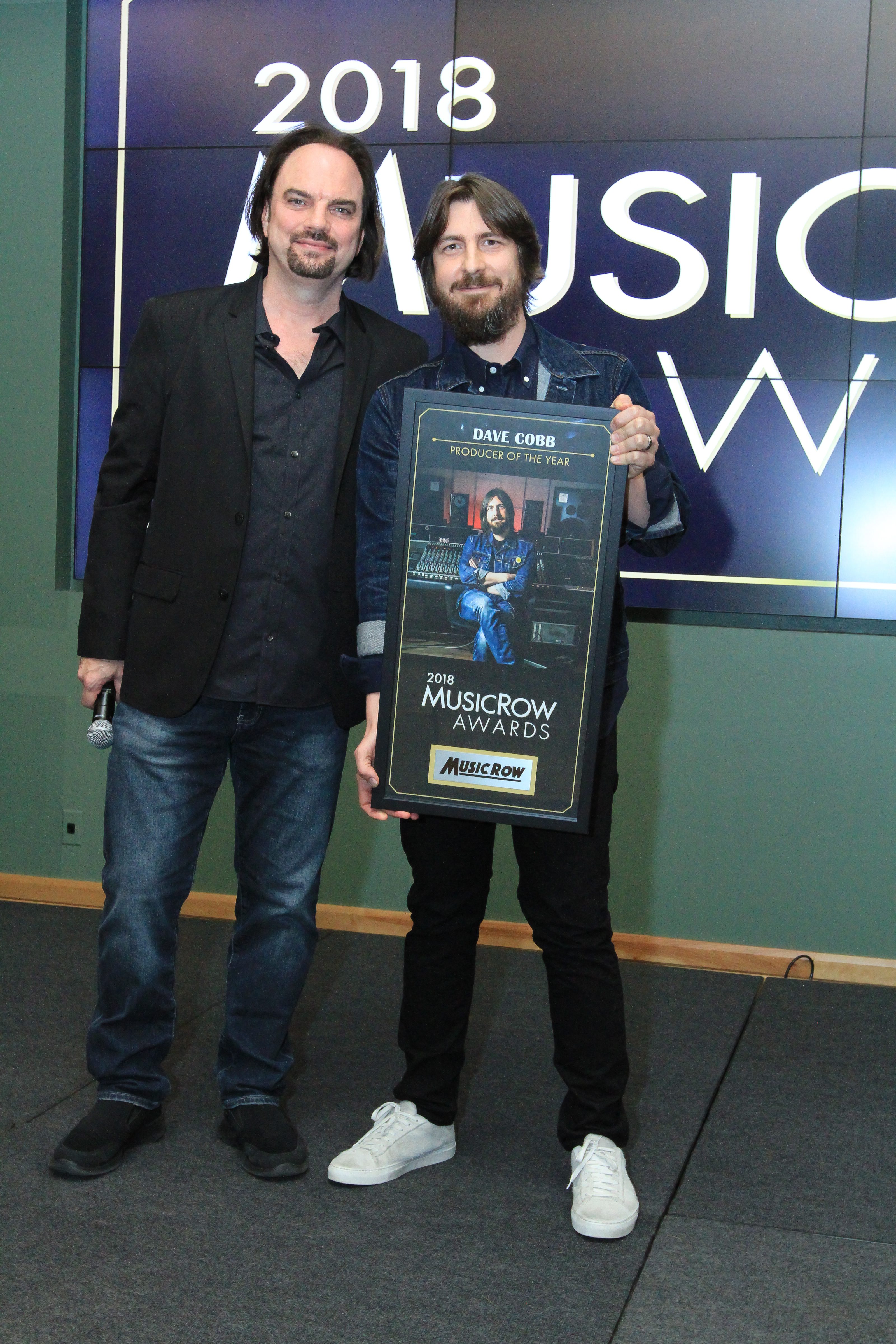 “I really feel honored to be here on Music Row,” said Cobb. “It’s an honor to be part of this Nashville music community, which is the best music community in the world.” 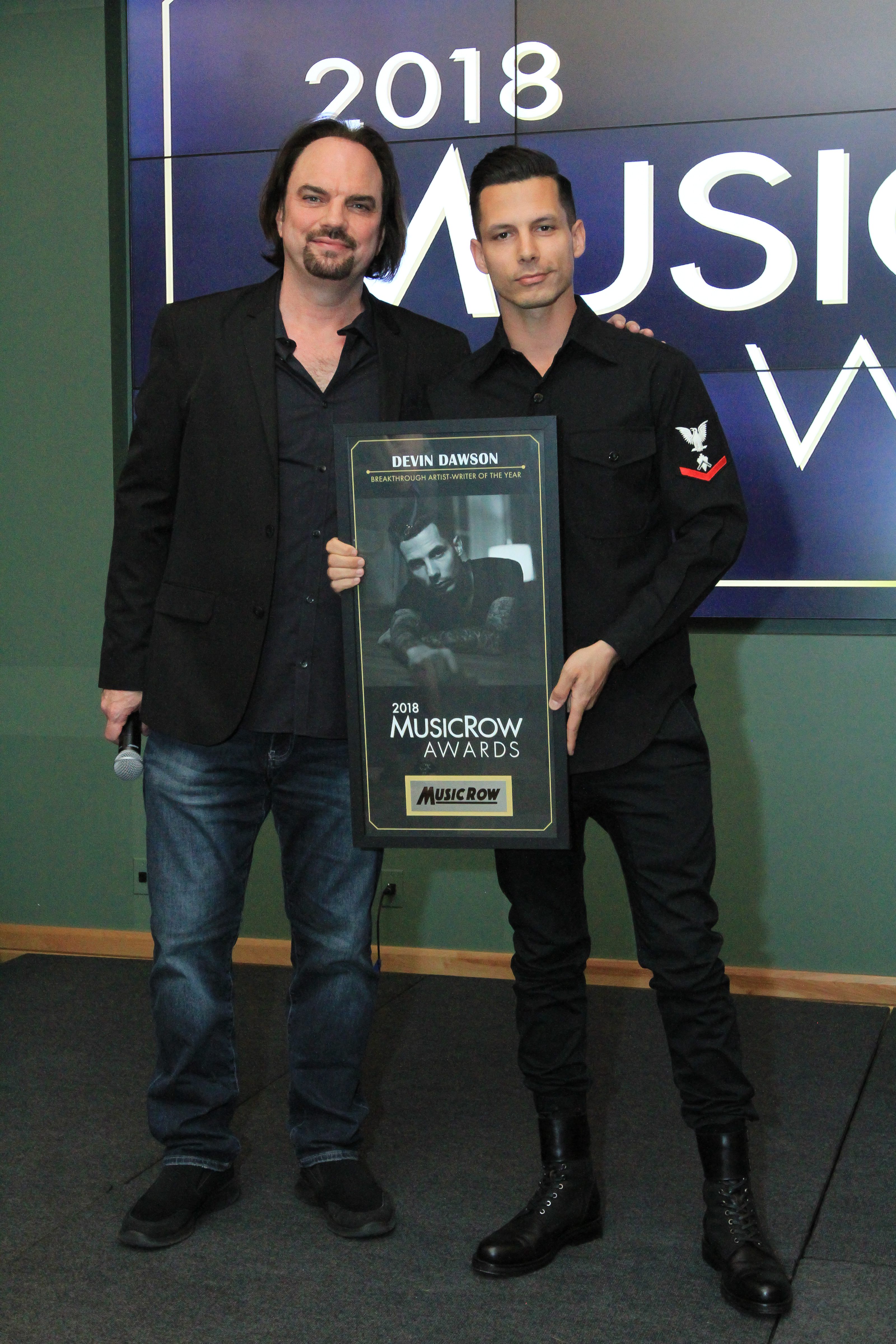 “This is bad-ass, man!” exclaimed Dawson as he took the stage. “I’ve never won anything! Anybody who knows me, knows that I LOVE songwriting. Artistry and songwriting go hand-in-hand for me. I was a Belmont student, and I remember reading in MusicRow about all the songwriters I wanted to be. So this is kind of ‘full circle’ for me.”

“I moved here not even four years ago, with a dream like everybody else,” said the new Columbia/River House hit maker. “I stood in this crowd last year, hoping I’d get a chance to come up here and get one of these things one day.” 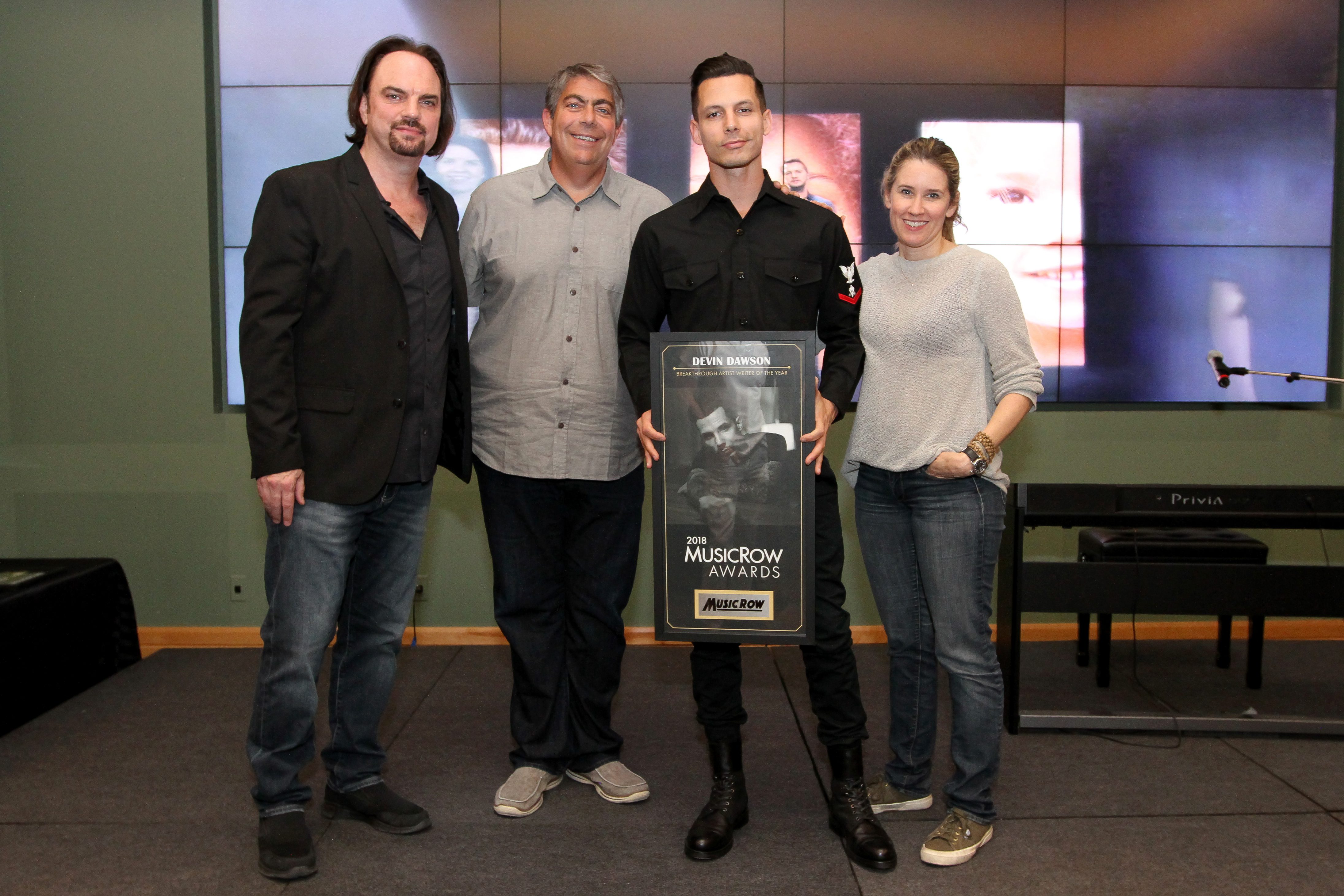 Next up was Chris Janson. He and cowriters Scooter Carusoe and Tom Douglas created “Drunk Girl.” It tied for Song of the Year honors with “Most People Are Good,” the Luke Bryan hit co-written by David Frasier, Ed Hill and Josh Kear.

Those two songs triumphed despite completion from such stellar compositions as “Cry Pretty,” “Life Changes” and “She Ain’t In It,” which were also nominated. 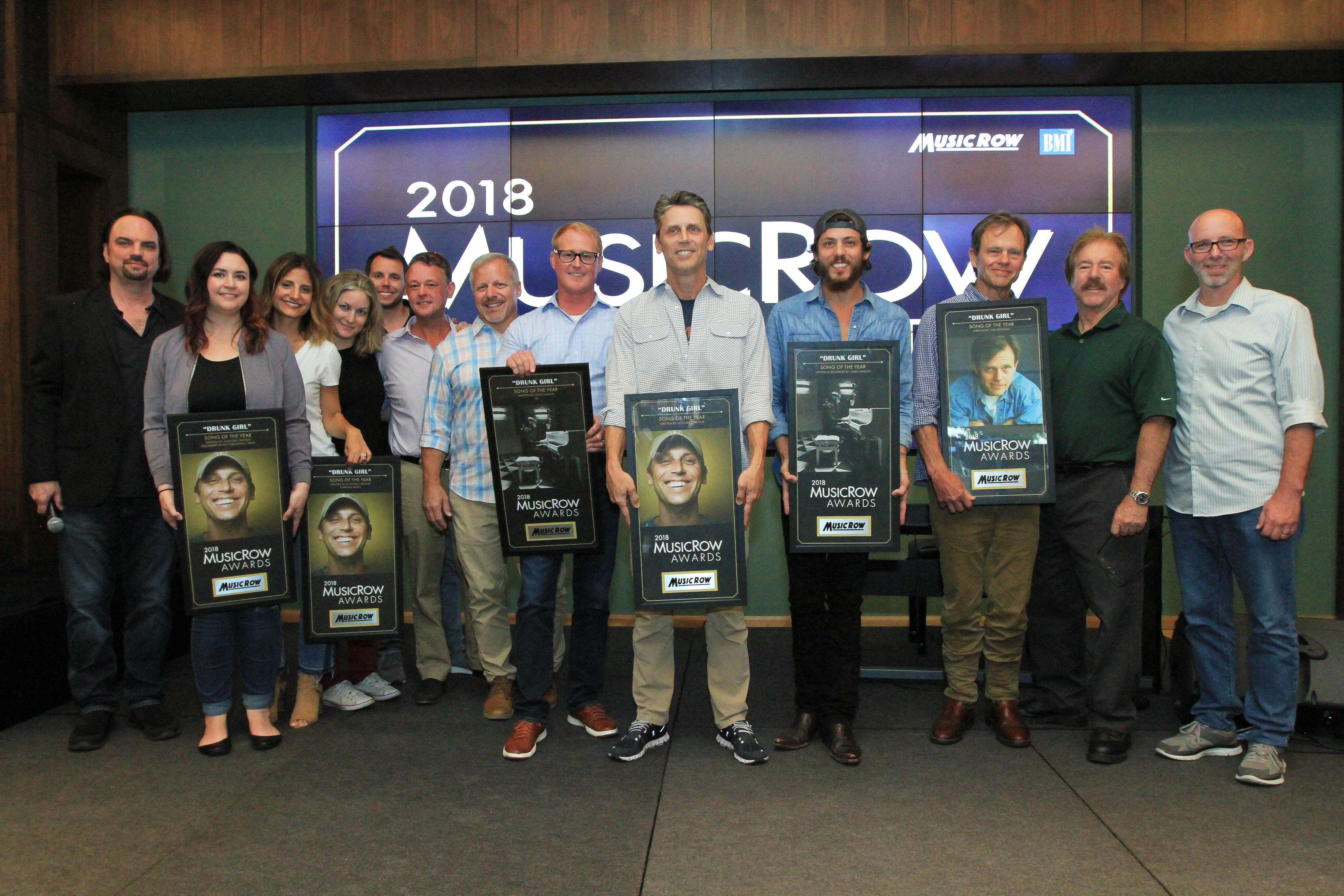 “It’s pretty unbelievable,” said Janson. “This song really means a lot to me as a husband, a father and a Christian. I did this for my wife and kids, and I’m sorry for crying,” he added as he choked up. “I pray for every parent in here.”

The song’s message of respect, consensual behavior and honor is a deep one, and especially relevant in this “Me Too” era. Janson credited his cowriters for setting an example to him.

“This song was Tom’s idea; I saw the brilliance in it,” said Carusoe. “It took three days to write it, and I think it was worth it. I want to thank Warner Bros. and Chris for having the balls to put it out.”

“We’re grateful and humbled to be part of this,” added Douglas.

As for “Most People Are Good,” Frasier said, “This is an award that I have wanted for a long time. I guess I’m just a late bloomer. This [lyric] is something I’ve believed all my life. We were able to say stuff we actually believed in. And I think most people agree with us.” 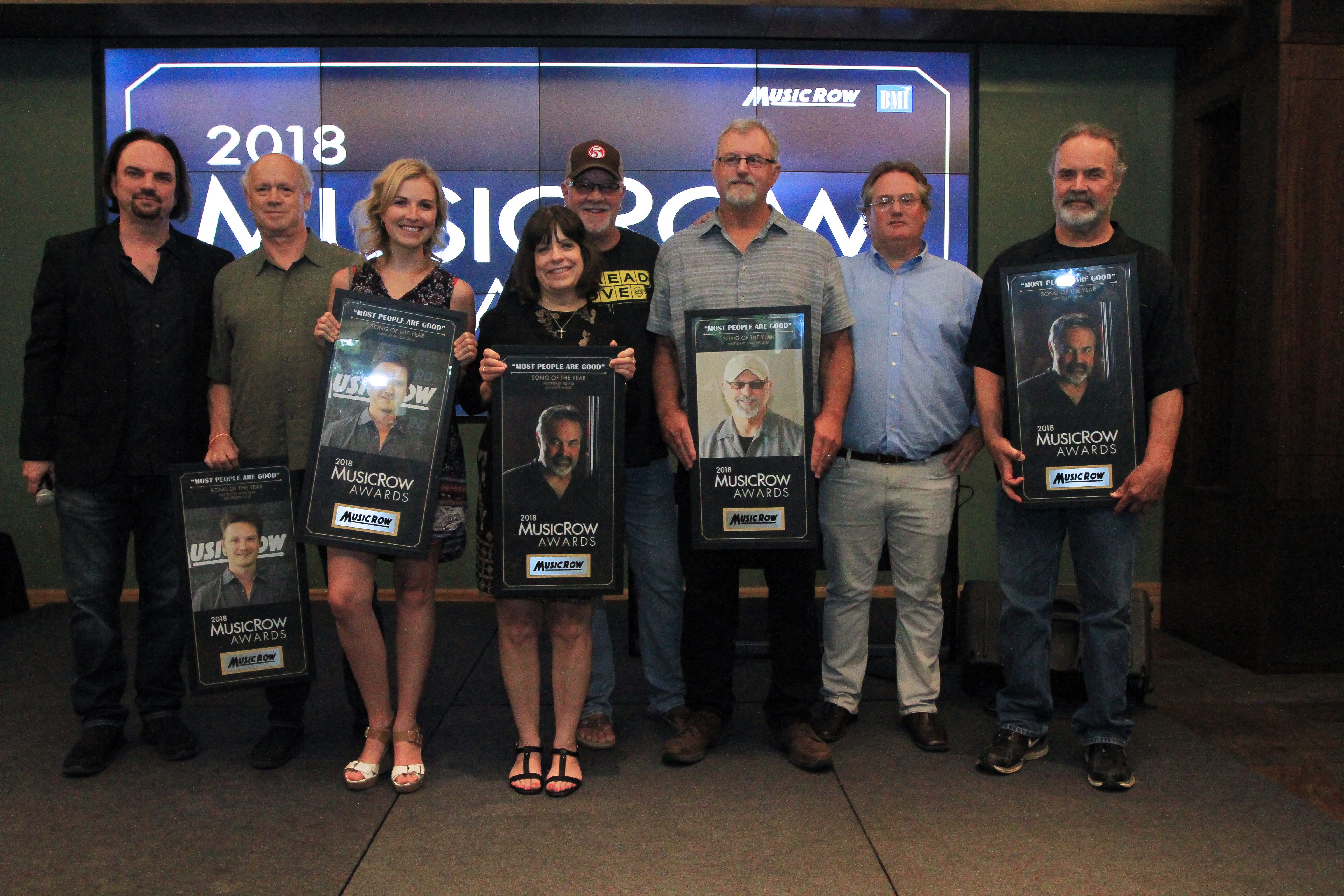 “We just did this for ourselves,” added Hill. “We weren’t thinking of other people, of artists to record it. But by the grace of God, they did it, and it stayed No. 1 for a long, long time. This is a once-in-a-lifetime song, and it just kind of fell together that day.”

Co-writer Kear was on a family vacation. Publisher Kerry O’Neil accepted on his behalf.

Robertson pointed out that there were 17 people who wrote their first top-10 country hit during this past year, which he indicated is a sure sign that the genre’s future is bright. The accomplishment qualifies them for MusicRow’s 2018 Breakthrough Songwriter Award. 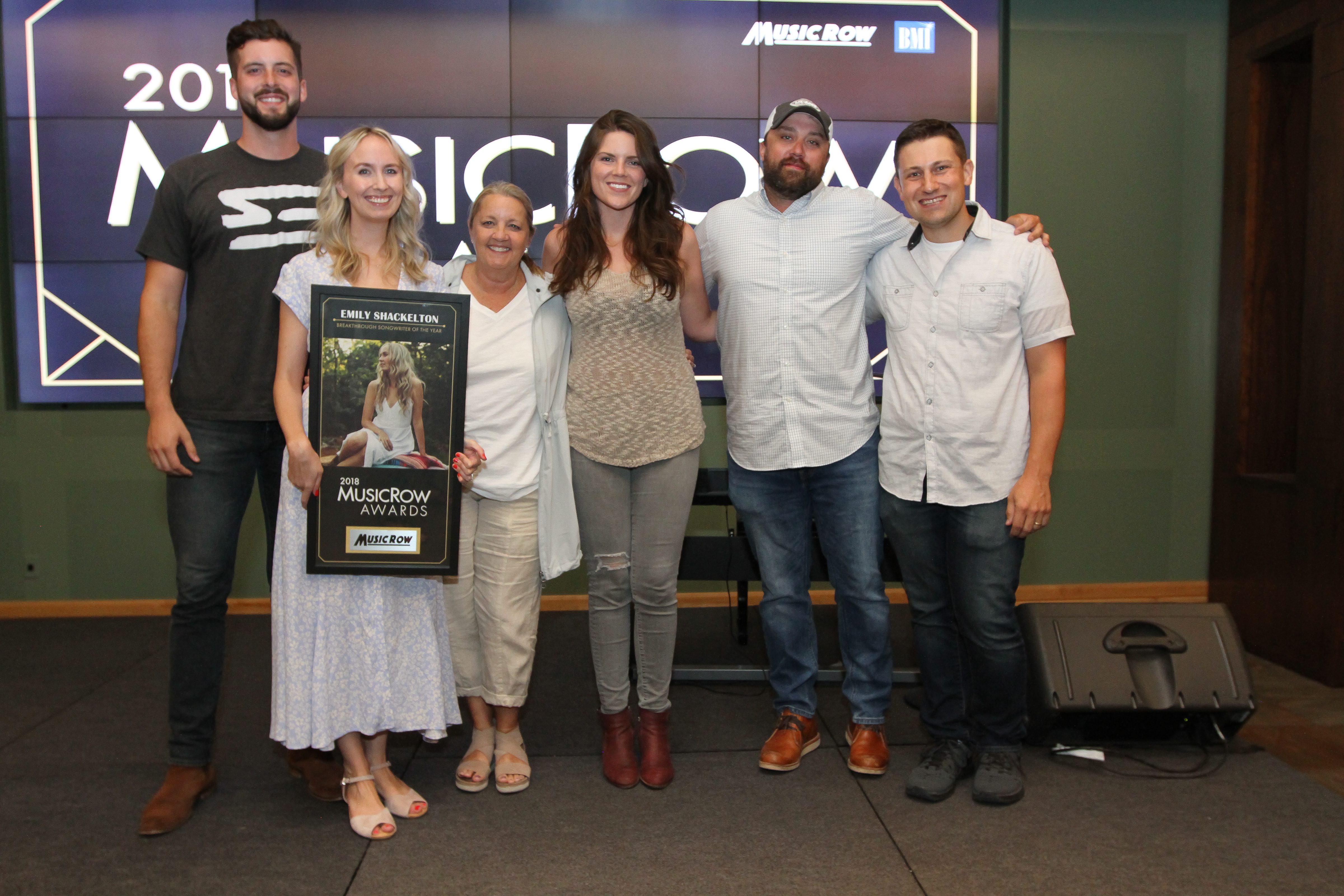 “This has been a 10-year journey for me in this town,” said winner Emily Shackleton, whose breakthrough hit was “Every Little Thing,” sung by cowriter Carly Pearce. “I love MusicRow, the publication. It’s how I cut my teeth learning about this industry.

“All I’ve ever wanted to do is write songs. Hearing my song on the radio for the first time is something I’ll never forget. I’m so grateful it was by a female artist, especially in this climate. Thank you for allowing me to have a female point of view. Thank you so much for believing in me.” 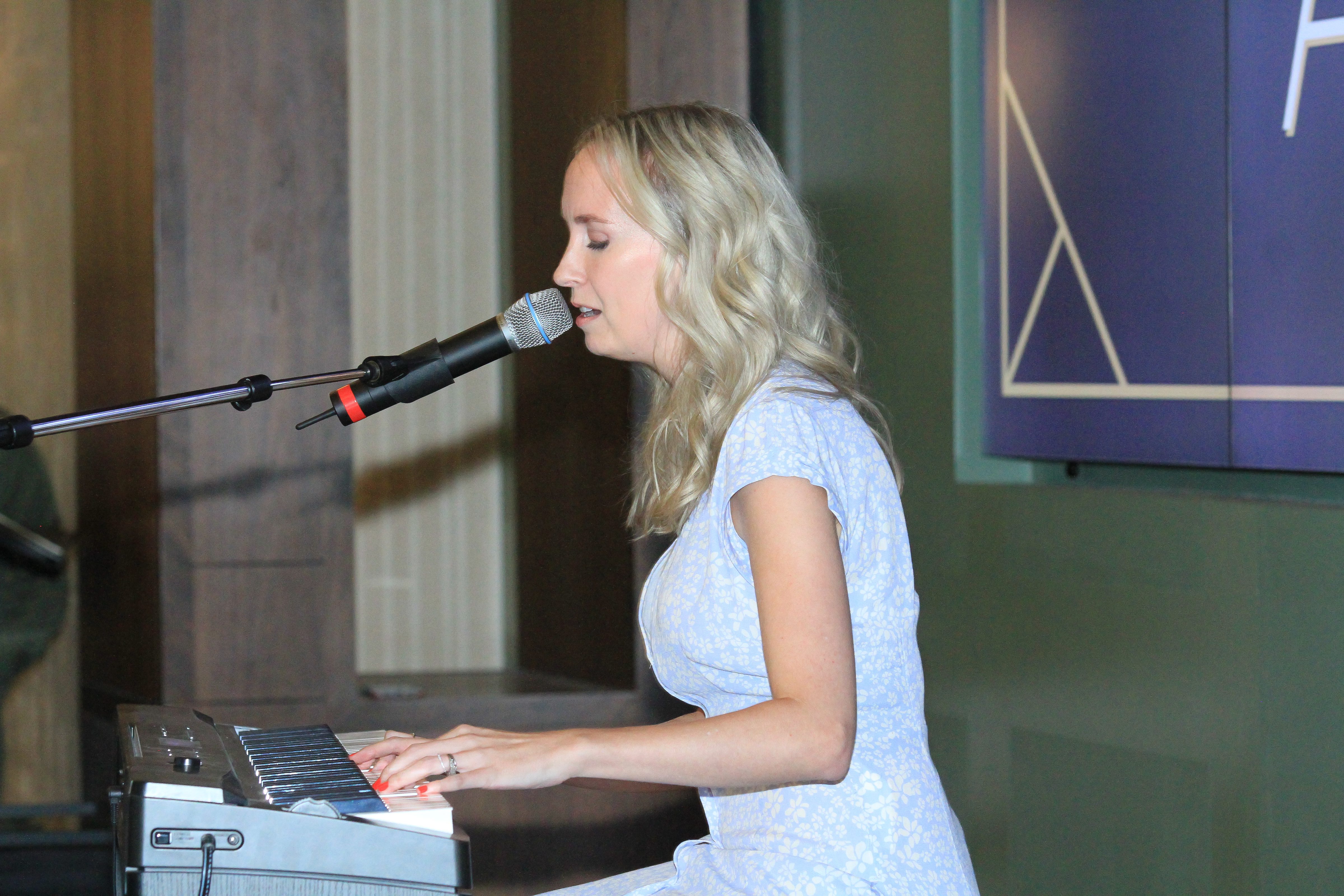 Shackleton capped the event by performing “Every Little Thing” at the piano. Her rendition was every bit as affecting as Pearce’s.

The magazine’s Song of the Year winners often graduate to the CMA winner’s circle, as well. Examples include “Humble and Kind,” “Girl Crush,” “I Drive Your Truck,” “If I Die Young,” “The House That Built Me,” “In Color,” “Whiskey Lullaby” and “Where Were You (When the World Stopped Turning).”

The annual MusicRow honors are also distinguished in that they are the only awards that salute the session musicians of Nashville. In fact, these are the accolades that launched the magazine’s annual awards giving 30 years ago.

Operations Director Eric T. Parker began Wednesday’s event by announcing these. They are based on a point system, according to how many top-10 albums the instrumentalists performed on. 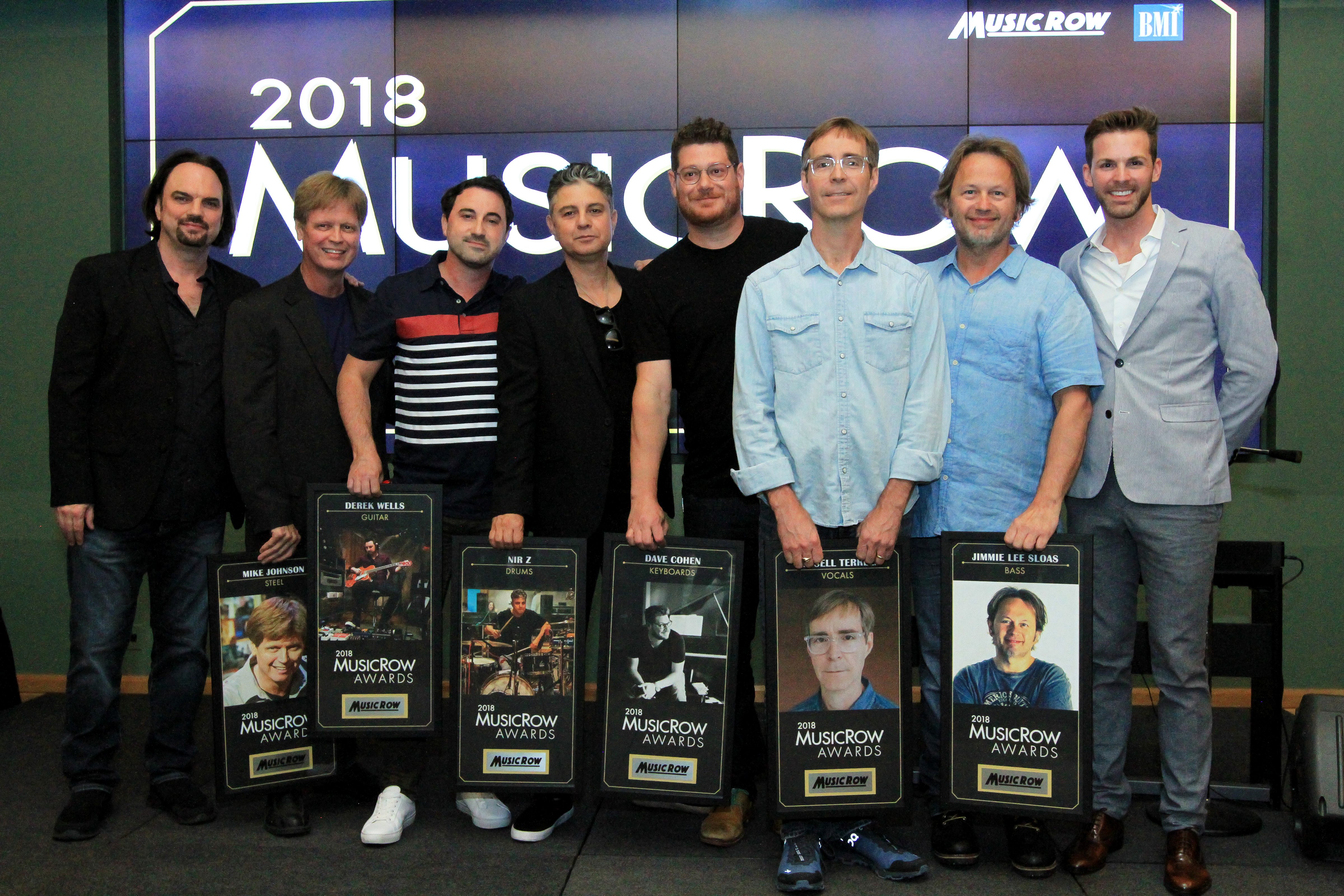 “This is the award that we all esteem, beyond what you know,” said Sloas. “We’re blown away by this privilege. Thank you so much.”

Robertson summed up the landmark anniversary by noting, “The very first MusicRow awards were held here at BMI in 1989. That was a pivotal year in country music. So here we are today to celebrate a new ‘class.’ Regardless of what happens to the buildings, Music Row will never go away.” 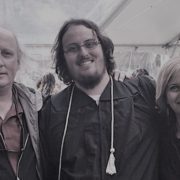 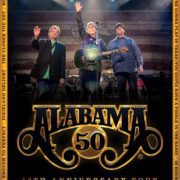 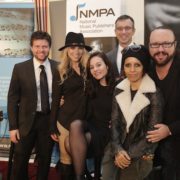