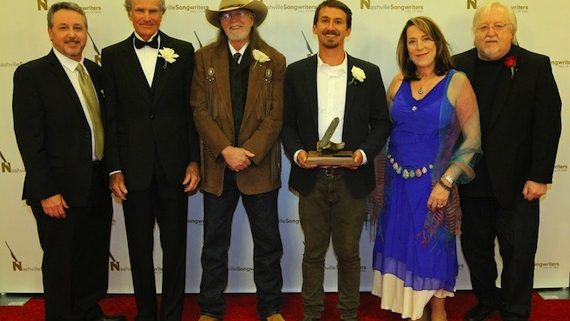 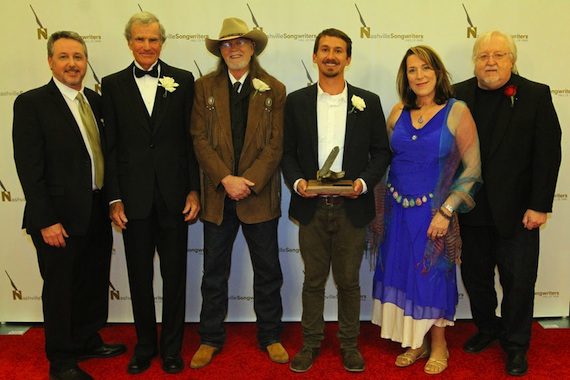 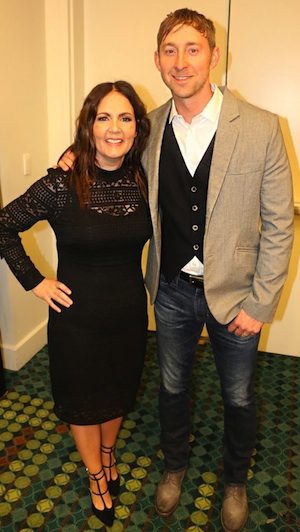 The event began with the announcement of the list of 10 Songs I Wish I’d Written, voted on by members of Nashville Songwriters Association International (NSAI).

Following welcoming remarks by Alger, the evening kicked off with inductions and performances.

Morrison was inducted by Hall of Fame songwriter Layng Martine Jr. William Michael Morgan performed a traditional-leaning “Looking For Love” and Phil Vassar sang a sterling rendition of “You Decorated My Life.” 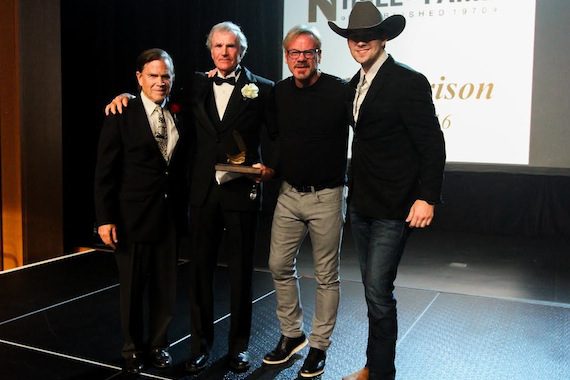 Van Zandt was inducted by producer Jim Rooney. Van Zandt, who died in 1997, was shown performing “Pancho and Lefty” via a video clip from the 1976 film Heartworn Highways. Darrell Scott delivered a strong take on “White Freightliner Blues.” Ricky Skaggs & Sharon White performed the exquisite “If I Needed You.” Van Zandt’s award was accepted by his children Katie Belle Van Zandt and Will Van Zandt.

The evening featured a special presentation to Robert K. Oermann, industry journalist and NaSHOF board historian. He was presented with the organization’s Keystone Award in appreciation for his long-term commitment to the Nashville songwriting community and the Foundation’s Hall of Fame nominating process.