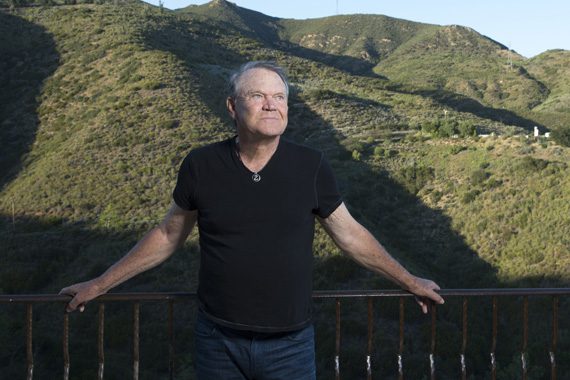 More than a dozen Nashville musicians will pay tribute to Glen Campbell at the Basement East on Wednesday (Oct. 12) at 8 p.m. 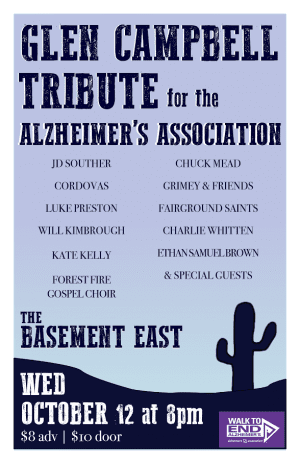 Artists will perform Glen Campbell classics such as “Southern Nights” and “Rhinestone Cowboy” in addition to music that he recorded as part of the famed studio players known as The Wrecking Crew.

The event is intended to bring awareness to the profound impact Campbell’s music and life story has had in helping convey the true difficulties that Alzheimer’s disease can inflict on those diagnosed, as well as their family and loved ones.

Tickets are $8 in advance atn $10 at the door. Proceeds will benefit the Alzheimer’s Association.