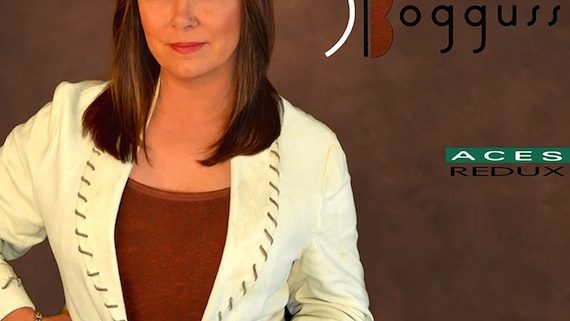 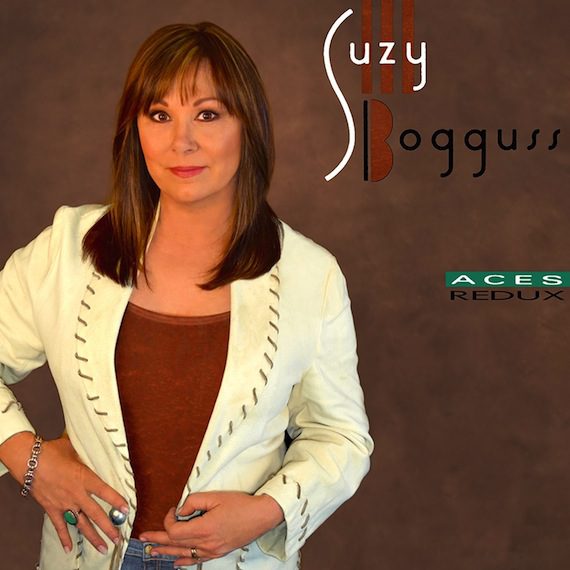 Suzy Bogguss held a winning hand in 1991 with Aces, her breakthrough platinum album that charted four major hits and led to her winning the CMA Horizon Award a year later.

Bogguss, who paid her dues by touring small clubs across the country and singing in shows at Dollywood, joined the Capitol Nashville roster in the late 1980s when she was signed by Jim Foglesong. In the 25 years since releasing Aces (her third album for the label), Bogguss noticed that longtime fans were requesting album cuts like “Part of Me” and “Music on the Wind” as much as familiar favorites like “Aces,” “Letting Go,” “Someday Soon” and “Outbound Plane.”

So, after giving it some thought, she pulled her white Western jacket out of the closet, took a photo for the album cover (against the brown wall in her son’s bedroom), and in August presented Aces Redux, a collection of the original 10 songs recorded anew with modern arrangements.

During a visit to MusicRow, Bogguss chatted about ‘90s country, her folk influences, and her enduring love for the songs on Aces.

MusicRow: What were the conversations leading up to doing this new album?

Bogguss: Well, it was several things. I think the first thing was reconnecting with so many people over the last four or five years, now that our son’s in college. I have been coming back to so many of the country fans from the ‘90s that had this album. And each one of them had their own favorite song – and different ones, not just the hits that we do in the show. So, they were requesting these songs and I’d look and the band like, “Maybe we can pull this off…” We were butchering through stuff the band didn’t really know.

Later we worked up a song I wrote [with husband Doug Crider] called “Yellow River Road” because it comes up all the time. And I went back to listen to see if I knew everything I needed to do with it and I thought, “Oh, these songs are starting to sound dated…” And I don’t really sell the Aces album on the road, and to be perfectly honest with you, it costs a lot of money to buy them from Capitol. But the fans wanted to hear these songs so we just started working some of them up, and I thought, “Why don’t we just redo the album more like we do the show now?” It’s more acoustic-oriented. It’s a band record.

Your producer Jimmy Bowen helped you find the songs you needed to break through at country radio. When you went back and listened to these songs again, did you think about time when you first found them?

I totally did. One of those weird things that happens with Nashville being a small community is that when you cut a song, you oftentimes get to know the songwriter. In this case, two good friendships came out of it, and probably more than that. “Aces” was written by Cheryl Wheeler and she and I ended up touring and doing shows together. Kim Carnes [a co-writer on “Still Hold On”] is one of my best friends and I see her every couple of weeks. Those two songs were the main ones that Bowen brought into the project, where I felt like he finally understood what I was going for.

For a long time, he made fun of me, like, “You’ve got all this folkie influence in your music.” He was trying to beat it out of me but it wasn’t going to go away! (laughs) But when he brought those two songs to me, it was like, “That’s exactly what I’m looking for.” It was a meeting of the minds, and from that point on, we had a mutual respect for each other because we were on the same page with the same vision.

I would think “Someday Soon” is one that people still ask for.

Yes, and when I first started touring, I was singing that song because I didn’t have hits. They put me on the road with Alabama and Clint Black and I had one song [“Cross My Broken Heart”] that went to No. 14. So what I did was reach back to my lounge lizard days, to the covers I would play that were really popular.

I actually had to fight to record that song. That was when Jimmy said, “Too many people have covered that song. Moe Bandy did it 10 years ago and Judy Collins had a huge hit, and you’re going to draw comparisons.” I said, let me cut it because the young people were really responding to it. That’s one thing about the songs on Aces — the songs are pretty timeless. 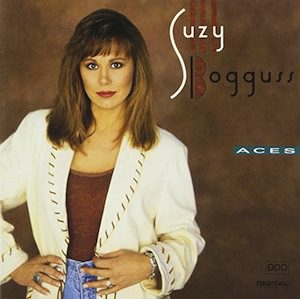 I listened to this record over and over when I was 16, and loved the lyrics and the arrangements, but now that I’m 41, these songs make a whole lot more sense.

You know, people were asking me what it’s like to be singing these songs. Some of them I sing night after night, and have for years. Lord knows I am very grateful for these songs—not just because they put me on the map, but because I love them. I have a really strong relationship with them. I sing them every night and I still see stuff in my mind. I put myself in that situation so I’m not just spitting out some stuff, because that would be a drag for me. I wouldn’t like it if I had to sing something that I wasn’t into.

I remember in the ‘90s when people would say, “This new country doesn’t sound like country,” and now it’s country gold.

That’s so funny. And when people say that to me, I think, “You don’t understand, we were the people that were ruining country. We started the whole ‘ruining country’ thing!” (laughs) And you know, it’s still really hard to write a good country song. There are still football games and there are still pickup trucks and simpler lifestyles, and the core things that we can relate to. And if you can tap into that, and a melody that makes people feel, you can still write one. But it ain’t easy!