Thomas Rhett’s “Die a Happy Man” has officially passed the million mark for digital sales. In its 19th week on the chart, the song moved 42.5K units and tops the country digital sales chart. On Monday morning (Feb. 1) it received an ACM nomination for Single of the Year. Rhett was also nominated for Top New Male Vocalist, while his album, Tangled Up, will compete for Album of the Year.

“Die a Happy Man” also outpaces his earlier release, “Crash and Burn,” which ranks at No. 45 this week and reaches total sales of 891K. “Make Me Wanna” stands at No. 87 with 2K in sales this week and overall sales of 728K. 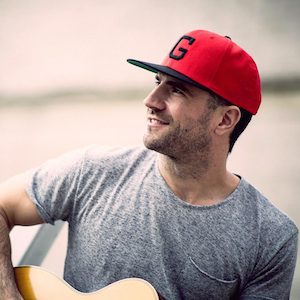 Sam Hunt’s “Break Up in a Small Town” stays at No. 2 with sales of 29K this week. His corresponding album, 2014’s Montevallo, moves past the million mark this week too. (However, due to new RIAA policies, Montevallo now qualifies as a double-platinum album.) The project received a Grammy nomination for Best Country Album and an ACM nomination for Album of the Year.

Tim McGraw’s “Humble and Kind” races from No. 46 to No. 3, following an endorsement from Oprah Winfrey, with weekly sales figures of 27K. Luke Bryan featuring Karen Fairchild’s “Home Alone Tonight” sits at No. 4 with 26K units, just ahead of Cole Swindell’s “You Should Be Here” at No. 5 with 25K.

Steven Tyler rounds out the Top 10 with “Red, White & You.” In its first week of release, it moves 16K. Other new entries include Reba McEntire’s “Just Like Them Horses” at No. 50, with 3.7K units, and Brandy Clark’s “Girl Next Door,” with 3.1K units. Chris Stapleton stays atop the country albums chart with Traveller, selling 27.5K and reaching 804K overall. Hank Williams Jr.’s It’s About Time is No. 2 with 9K. Stapleton and Williams will tour together in August.

Blake Shelton’s Reloaded: 20 #1 Hits rises to No. 3 with 9K, trailed by Hunt’s Montevallo with 7K and Brothers Osborne’s Pawn Shop with 6K. Rhett’s Tangled Up is at No. 6 with 5.5K in sales and 283K overall. The latest releases by Carrie Underwood, Eric Church, Bryan and McGraw round out the Top 10.

Adele tops the overall album chart with 25, with 116K units. Rihanna debuts at No. 1 on the overall digital tracks chart with “Work” featuring Drake, selling 120K.