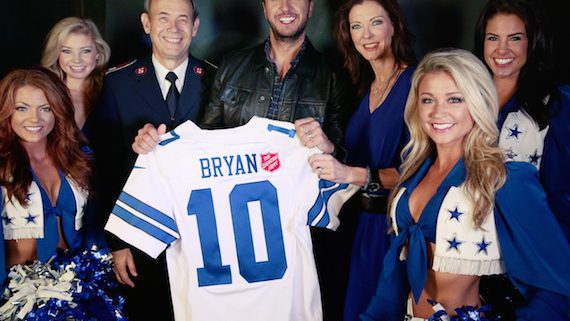 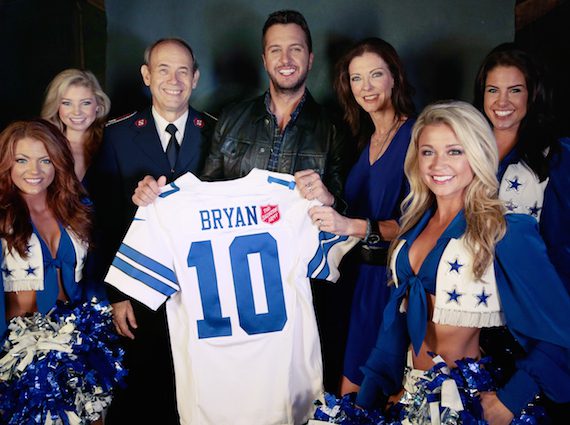 Luke Bryan will kick off The Salvation Army’s annual Red Kettle Campaign by performing live at AT&T stadium in Dallas at halftime of the Dallas Cowboys vs Carolina Panthers game on Thanksgiving Day, Nov. 26. This will be the 19th year the Dallas Cowboys have partnered with The Salvation Army to launch the iconic annual campaign, which raises millions of dollars throughout the holiday season.

“As a football fan, I’m especially excited to be performing on Thanksgiving Day,” said Bryan. “It’s also an honor to spotlight two great organizations like Dallas Cowboys and The Salvation Army and raise awareness for all the great work they do.”

“Luke Bryan is one of the biggest names in country music, but he has an incredibly humble spirit and is always searching for ways to give back and help others. For us, it was a perfect fit for what the Red Kettle kickoff represents for our partnership with The Salvation Army,” said Charlotte Jones Anderson, executive vice president and chief brand officer for the Dallas Cowboys and former national advisory chairperson for The Salvation Army. “Millions of families and children are impacted every year by the good works of The Salvation Army, and our goal is to help spread that message and educate Americans that every penny dropped in those red kettles goes toward making a difference.”

The Red Kettle Campaign runs from Thanksgiving Day through Christmas Eve and is the largest and longest-running fundraiser of its kind.