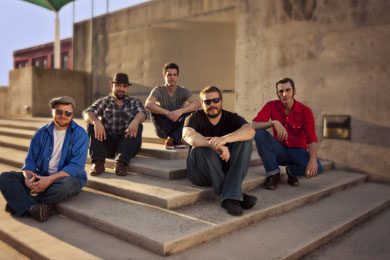 People are always asking me what I’m listening to.

Well, in recent weeks, some of the coolest new records have been coming from bluegrassy acts like Donna Ulisse, The Cox Family, Dailey & Vincent, Ron Block and The Tennessee Mafia Jug Band.

Unquestionably the best of these is Gone Like the Cotton by The Cox Family. It isn’t traditional bluegrass, since several tracks feature drums, piano, steel or electric guitar. But it the Disc of the Day, whatever you call it.

The DisCovery Award goes to The Hillbenders for their audacious reimagining of a rock-music classic.’

THE HILLBENDERS/Pinball Wizard
Writer: Pete Townsend; Producer: Louis Jay Meyers; Publisher: Fabulous/Spirit One, BMI; Compass (track)
-You read that correctly. The Hillbenders are on the bluegrass charts with The Who’s “Pinball Wizard.” Not only that, the whole album is a reinterpretation of the classic Tommy, billed now as “a Bluegrass Opry.” The vocals work surprisingly well. The banjo accompaniment takes a little getting used to.

DAILEY & VINCENT/We’re All Here To Learn
Writers: Karen Staley/Jamie S. Dailey; Producer: none listed; Publishers: Bluegrassambassador/Hobo Lizard, BMI; Pillar
-This award-winning group’s debut live CD is a Cracker Barrel exclusive. Recorded at a concert in a Virginia performing arts center, the set opens with this uplifting, inspirational and hard-driving performance. The bluegrass ensemble is backed by The George Mason University Student Orchestra. The sound is majestic.

THE TENNESSEE MAFIA JUG BAND/Lester’s Loafin’ Lounge
Writers: Mike Webb; Producer: Eric Heatherly; Publishers: none listed, BMI; TMJB (track)
-This good-time string band is a perennial favorite on Marty Stuart’s RFD-TV series. Its new CD’s title tune is about a real place that’s situated near Goodlettsville, Tenn., where good food and pickin’ parties abound. Owner “Lonesome” Lester Armistead passed away last year. This album and this song are dedicated to him. Fear not: Tennessee Mafia Jug Band member Mikey Armistead now maintains the Lounge’s traditions. If you can’t make the trip there, get this CD, and you’ll have a taste of its hearty cheer. 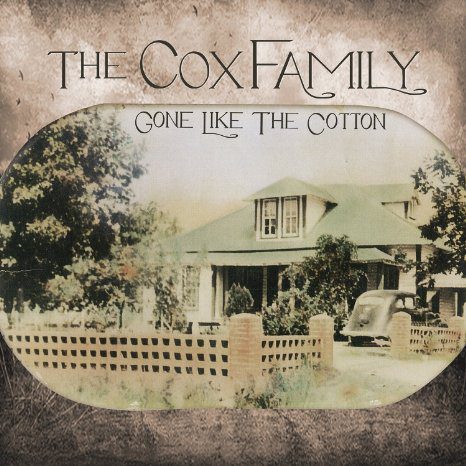 THE COX FAMILY/Gone Like The Cotton
Writers: Sidney Cox/Suzanne Cox; Producer: Alison Krauss; Publisher: ANSALLY/Marla, BMI; Rounder (track)
-Let me just state up front that I adore this group. The title tune of its new CD is a wistful waltz about loved ones who have passed away. The blood-harmony trio voices on the choruses are lump-in-throat listening ecstasy. Elsewhere on the set are cool reworkings of songs made famous by The Louvin Brothers (”Cash on the Barrelhead”), Bread (”Lost Without Your Love”) and Crystal Gayle (”I’ll Get Over You”). The album, by the way, is a completion of one that they began recording for Asylum back in 1998. Good music is truly timeless.