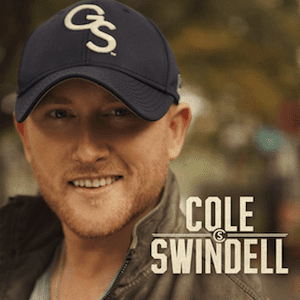 Cole Swindell’s self-titled debut album has officially been certified Gold from the RIAA. The Warner Music Nashville release has sold over 3.5 million tracks and more than 159 million streams. Swindell took the first three singles to No. 1 and his current single, “Let Me See Ya Girl” is now in the Top 5. The first three singles have all been RIAA Platinum Certified.

“All I ever wanted to do was get one of my songs heard on country radio, but to now have my fourth Top 10 single is unbelievable to me,” Swindell explained. “It’s even more unbelievable that my debut album is certified Gold. I’m so thankful for my fans and country radio for helping me achieve all these huge milestones in my career.”

Other accomplishments for Swindell in 2015 were being named the ACM New Artist Of The year and earning the CMA Triple Play award for three consecutive No. 1 songs in a 12-month period.

Swindell will close out 2015 headlining his Down Home Tour as part of the inaugural country edition of the Monster Energy Outbreak Tour, beginning at the PlayStation Theater (formerly Best Buy Theatre) in New York on Nov. 11.