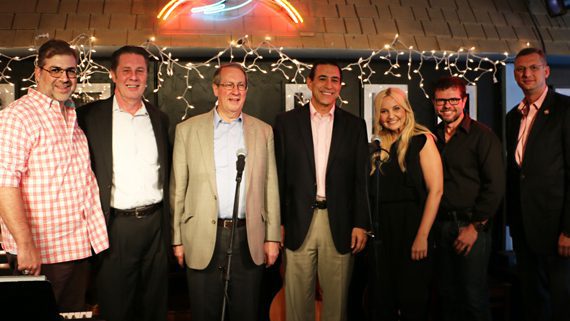 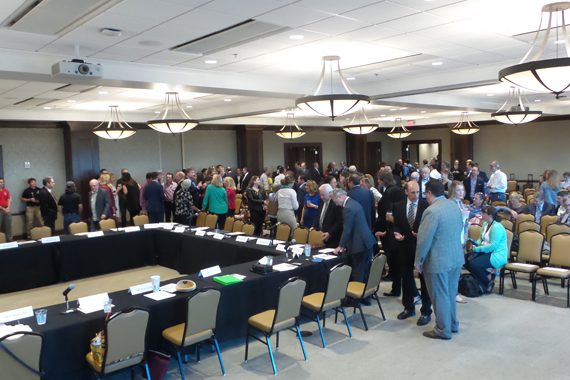 Invitees and public gather at Belmont on Sept. 22 to speak to representatives of the House Judiciary Committee.

Members of the House Judiciary Committee were in Nashville this week (Sept. 21-22) as part of a three-year review to determine if the U.S. Copyright Law is maintaining pace with the digital age. During this Music City trip they visited the Bluebird Café, a reception hosted by RIAA, WSIX’s Bobby Bones Show, and SESAC headquarters. Yesterday, they attended an information session with 21 key industry players at Belmont University.

Kevin Kadish, co-writer on Meghan Trainor‘s “All About That Bass,” shared that he earned $5,679.00 for 178 million digital streams of the title. “That’s as big a song as anyone can have in their career—No. 1 in 78 countries—but how do you feed your family?”

“It gave me hope to hear Chairman Goodlatte talk about Nashville as one of the fastest growing economies in the nation but he recognized there’s a depression in the middle of the city: the American songwriter,” said Ben Vaughn, Exec. VP, Warner/Chappell Nashville. “We have lost about 80 percent of professional songwriters creating new music. We are desperately asking for the committee to listen to needs of songwriters.”

“Our bottom line is: Are we getting paid a fair amount of money for our product?” posed songwriter Bob DiPiero. “All our songwriters have put in the ‘10,000 hours’ with hundreds of terrible songs. My income shows when I have wildly successful or unsuccessful years. There is no steady stream. One of my greatest allies has been BMI for 35 years.”

Kadish continued with praise for his PRO. “Without ASCAP, I don’t know how I would survive as a songwriter. Financially, they pay the meat of what I make. I understand people may be confused with how the PROs calculate spins etc., but I [wouldn’t] say there is not transparency with them.” 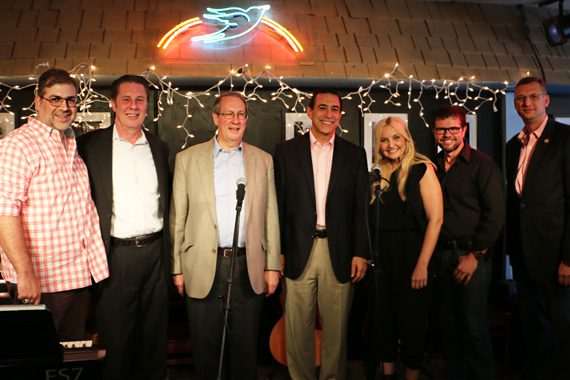 Prior to the event, NSAI Executive Director Bart Herbison shared with MusicRow: “Probably sometime next year is when Chairman Goodlatte will determine what shape the legislation would look like. Right now, we’re 20 hearings into all this: two aggressive years with the copyright office, the executive branch of government and Congress. Now the members are visiting cities like Nashville to figure out the balance and the political realities.” 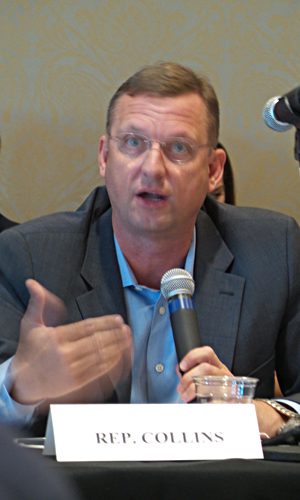 The Songwriter Equity Act, of which Rep. Collins is lead sponsor, was introduced after years of crafting. Although there are opponents in the digital world, Herbison believes its contents are politically achievable.

“If congress hears and passes the Songwriter Equity Act, that would impact future decisions from the rate courts,” continued Herbison. “Before then, the House Judiciary Committee will vote on our issues. Then it goes to the floor of the full House of Representatives, and the same process in the U.S. Senate.”

“Every time I’m in Nashville I’m reminded of the unique relationship between the songwriters and artists,” said Representative Collins. “Songwriters are an integral part of the community, which is what started me to look into the pay and streaming issues. My goal is to make sure we have a wonderfully rich musical heritage for the future.”

Pat Collins (President/CEO, SESAC): The full federalization of pre-1972 copyrights is something this town would applaud. Passing legislation for people to use works where the owner cannot be located at the moment would help encourage a more robust database. SESAC supports the creation of a database that could be used by users of music.

Beth Nielsen Chapman (indie artist/songwriter representing Content Creators Coalition and musicFIRST): If Amazon has the capacity to know what I had for breakfast and can show me something in my sidebar, there is no excuse to not have complete transparency with the labels and publishers.

Lee Thomas Miller (songwriter and Board President of NSAI): With the exception of sync fees, the American songwriter has never negotiated what the price of our copyright is worth. The problem is not just transparency. The problem is [streaming services] exist because an antiquated federal law gives [songwriters] a set maximum wage on products we create every day. Entrepreneurs are able to open up shop, practically getting the goods for free to build multi-million, billion dollar companies. We are going out of business on the backs of the digital services. Spotify and Pandora took our music cheap because we can’t say no. They offered it to our culture for free. Not only did they set the value for our music, they gutted it!

David Pomeroy (President, AFM Local 257): I want to make sure Congress doesn’t forget about studio musicians that create the magic that make records great. Everyone on the team deserves to be paid correctly.

On individual streams vs. radio spins vs. sales

Miller: My question would be: “Who decided what the stream was worth?”

Kadish: You also need to identify that streaming takes away from sales.

Where is the equity?

Vaughn: My job is to invest in the creation of new music. When I think about digital royalty statements, how can I invest in the future of songwriting. Pandora has a $3.79 billion market cap, SiriusXM $22 billion, Spotify $8.5 billion valuation.

Rep. Issa: But [streaming services are] not making any money. One of the challenges in this copyright review is that we are listening to them too, and they show us how much they’re paying out. Market cap is based on a value that they will have later. It doesn’t matter if you can’t get to profit. So we’re trying to figure out where the equity is that allows everyone to have sustainable models. If they haven’t figured out how to be profitable in delivering the service then the consumer is getting value that they ultimately shouldn’t get.

Marc Driskill (GM of Sea Gayle Music and Exec. Dir. AIMP): It is a partnership between the artists and the songwriters, but I don’t think you can have an equitable partnership if the government regulates one partner. [That means] deregulation on the songwriter side. The one place we see equity is sync, where both have the right to negotiate on rates, and its generally 50-50.

David Del Berraco (President/CEO MusicChoice): The reason willing buyer/willing seller works in the sync world is because you have a limited number of [opportunities] with a limited number songs they would like to use. When you’re dealing with thousands of streaming companies and tens of thousands of artists, willing buyer/willing seller does not work. What makes it worse is they all have MFN (most favored nation clauses). They have the power to put [streaming companies] out of business.

Blackburn: I think we all agree [the final decision] needs to be fair and transparent. Everyone enjoys the music, we just want to make certain creators stay creating and the industry stays in business.

Collins: We’re dealing with songs and lyrics that change us. I’m going to continue moving forward with the Songwriter Equity Act because we’re dealing with [future generations’] hopes, dreams and ideas.

Farenthold: Technology is flattening the entire world. At the rate Washington moves, we could be stuck with [this decision] for a long time so it is important we get it right, which is why we are spending the time and effort to come up with a hopefully simpler solution.

Issa: The cheapest place to get music in the world—I have no doubt—is here in America. The only question is the balance right and is the ecosystem sustainable? I’m committed to finding that balance that gives us a healthy ecosystem. You don’t agree on everything but hopefully you agree that everyone has to have a sustainable business model.

Chairman Goodlatte: The evolution of our copyright law is not evolving the way it should. We need to change our copyright laws to reflect real value. My concern is government is not really good at figuring out what that is. The bottom line is we are representatives, we will have to represent an amalgam of views that make our copyright laws more transparent and efficient in a way that consumers will appreciate and pay for. It is very important all aspects of the music industry come together as best you can to find common ground because the more consensus you build yourselves, the easier it will be for us to produce something forward-looking that is useful for the next generation to cause the creators of music to thrive. 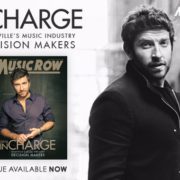 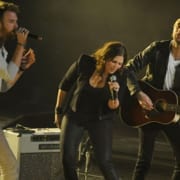 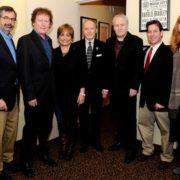 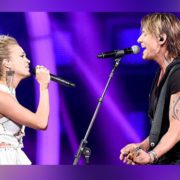