Emmylou Harris will be honored by the Grand Ole Opry on her 20th anniversary as an Opry member Sat., Jan. 21, 2012 at the historic Ryman Auditorium. Harris was inducted into the Opry on Jan. 25, 1992.

Harris’ 20-year milestone will be celebrated with performances by the honoree, fellow 20-year Opry veteran Vince Gill, Rodney Crowell, with whom Harris is currently working on a duets album and Grammy winner Shawn Colvin (in her Opry debut).

“Emmylou is treasured not just by all of us at the Grand Ole Opry, but also by fans around the world,” said Pete Fisher, Opry VP/GM. “She’s shared so many great musical moments with us over the past 20 years, singing with and introducing us to some of her favorite musical collaborators. We’re excited to celebrate her Opry anniversary at the Ryman, a stage on which she’s displayed such incredible artistry through the years.”

With her early singing partner Gram Parsons, Harris was at the forefront of the ’70s country rock movement. Over her career, she has enjoyed seven No. 1 and 27 Top 10 hits. Among her most memorable releases: “If I Could Only Win Your Love,” “Together Again,” “Sweet Dreams,” “Making Believe,” “To Daddy,” and “Heartbreak Hill.” In 1999 Billboard Magazine recognized her distinguished career achievements with its highest honor – the Century Award. Harris was inducted into the Country Music Hall of Fame in 2008 and has won 12 Grammy Awards.

Tickets can be purchased at www.opry.com. 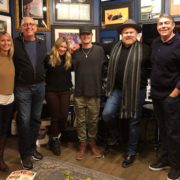