I believe these are called the dog days of summer.

Sure enough, you’ll find some “dogs” among these new sounds. But there are some real purebred pups strutting around in this column, too. Listen to Rick Monroe, Shanna Henderson and Rusty Golden, for instance. Our DisCovery Award goes to an excellent vocalist named Mike Ryan. He has an album that’s a gem from start to finish.

Unquestionably today’s Best In Show is the classy duet record by Willie Nelson & Merle Haggard. It is the Disc of the Day.

LESLIE COURS MATHER/Hell Hath No Fury
Writer: Kelly Lang; Producer: Denny Diante
—She handles this horn-punctuated, feminist, retro-styled blues tune with aplomb. It’s a warning to a guy who hurts a woman that he’s doomed, and how. Nice work.

DEREK ANTHONY/If I Don’t
Producer: Steve Mandile; Bluant Music Group
—He sings well, but the song is pretty wordy and seems to take an awfully long time to get to its hook. 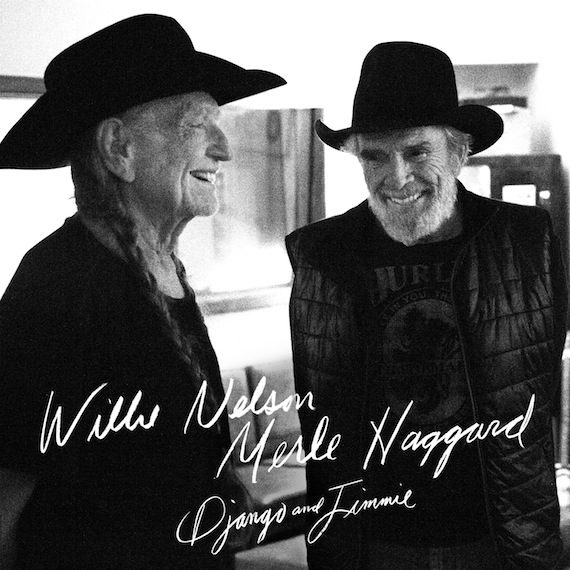 ANITA STAPLETON & GENE WATSON/Just Someone I Used to Know
Writer: Jack Clement; Producer: Dirk Johnson; Publisher: Glad/Pappy Daily/Universal; DirkWorks
—This is such a brilliant country song. Its new revival won’t erase the memory of the 1969 Porter & Dolly original (or the fine Jeannie Seely/Jack Greene version), but these voices blend quite well, and the production is perfect. Newcomer Anita handles the melody, while the fabulous Gene shadows her in flawless harmony.

MIKE RYAN/Bad Reputation
Writer: Ryan/Anderson/DuBois; Producer: Brent Anderson & Ben Phillips
—This strong singing Lone Star State boy rocks and wails on this energetic outing, the title tune of his current CD. The accompaniment is tighter and slicker than we are used to hearing on Texas productions. Special kudos to the lead electric guitarist. RUSTY GOLDEN/Sober
Writer: Jeffrey Steele; Producer: Scott Baggett;RGM
—I have always liked this guy’s work, from way back when he was a kid in the Nashville pop/rock groups The Boys Band, GoldenSpeer and The Goldens. The son of new Country Hall of Fame member William Lee Golden of the Oaks has since had a tumultuous life as a gospel and country songwriter, a session musician, a record producer, a survivor of heart bypass surgery and a druggie. His first solo album is a collection of songs about recovery. The title tune by Nashville Songwriters Hall of Famer Jeffrey Steele will touch your heart with its inspirational fervor. Whether you’ve ever been through recovery or not, this album will do you a world of good.

RICK MONROE/Just the Same
Writer: Jason Brunswick/Josh Dunne/Rick Monroe; Producer: Steve Freeman; MRG
—I dig this fellow. His recent EP spawned the excellent “Great Minds Drink Alike” and “Fire’s Out.” Now expanded into a full-length CD titled It’s a Love Thing, it includes this new, atmospheric. romantic crooner. I like the way he goes from a whisper to a baritone swoon. A relentless touring artist, this solid citizen, talented vocalist and fine songwriter deserves some kind of major-label endorsement.

LINDI ORTEGA/Tell It Like It Is
Writer: Lindi Ortega; Producer: Colin Linden; Last Gang
—I remain a fan. Lindi’s new collection is called Faded Gloryville. It features this throbbing, echo-chamber performance that shines a spotlight on her penetrating soprano as well as her songwriting chops. Americana programmers also take note.