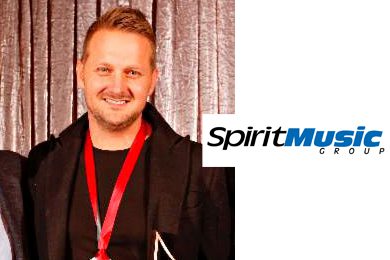 Spirit Music Group has acquired a portion of the publishing catalog of top Nashville Christian songwriter and producer, Jason Ingram.

Announced today (June 19) by David Renzer, Chairman, Spirit Music Group, the deal includes a catalog of songs Ingram wrote under the Showdown/Sony joint venture. Ingram’s copyrights include Bebo Norman’s “I Will Lift My Eyes,” Salvador’s “Shine,” Chris Tomlin’s “White Flag” and “I Will Follow,” Hillsong’s “Forever Reign,” and Building 429’s “Where I Belong,” to name a few.

Renzer commented, “We are pleased to add these songs to the Spirit Music Group family. With this latest acquisition, we further extend our reach into the thriving Nashville market.”

Spirit Music Group is headquartered in New York with offices in London, Los Angeles, Nashville and the Netherlands. Spirit is a portfolio company of Pegasus Capital Advisors, the New York-based private equity fund manager that has been providing creative capital and strategic solutions to growth companies since 1996.