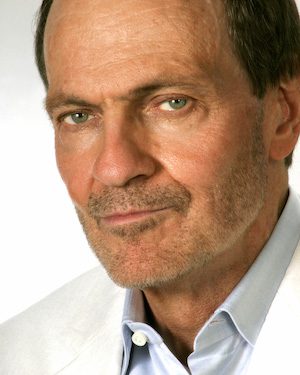 Acclaimed songwriter Bobby Braddock known for writing such hits as “He Stopped Loving Her Today,” “D-I-V-O-R-C-E,” “Golden Ring,” “Time Marches On,” “I Wanna Talk About Me,” and “People Are Crazy,” among many others, will release his memoir this fall entitled, Bobby Braddock: A Life On Nashville’s Music Row.

The famed tunesmith has written some of American music’s most notable hits for Nashville’s biggest artists including George Jones, Tammy Wynette, Toby Keith, and Blake Shelton. And now, known for his sharp wit and insight into human nature, Braddock tells the story of his life as a songwriter and musician on Nashville’s historic Music Row. Published by Vanderbilt University Press/Country Music Foundation Press, the book provides readers with an inside look at the beating heart of country music through the eyes and experiences of the renowned songwriter.

“This is a memoir,” Braddock says. “But I feel that rather than a book about me, me, me, it’s a look at Nashville and country music through my eyes.”

Set to release in October 2015, Braddock has received advance praise from such notables as Dolly Parton, Blake Shelton, Bob Schieffer, and others.

“Bobby is a songwriters’ songwriter who has a great gift for portraying what is real and genuine—a true poet. I’ve always loved him, and I get a kick out of his take on things. I am sure you will feel the same reading about his life on Music Row. Enjoy!”
—Dolly Parton

“No one I’ve ever met has made such an impact on my life as Bobby Braddock. . . . I’ve always wished that everyone could hear these stories. How could so much be packed into one person’s life? Think it’s not possible? Spend a day with Bobby.”
—Blake Shelton

“Bobby Braddock is the greatest of all the country music songwriters, and he’s written a rip-roaring history of Nashville and the characters who have made it what it is. He spins the stories of the greats and not-so-greats, the dreamers and the schemers, the bit players and the stars. I laughed out loud and maybe shed a tear or two. It’s a great read for both country fans and those who wouldn’t know country from Cole Porter. I loved it!”
—Bob Schieffer, CBS News

“This memoir combines penetrating self-revelation and very readable storytelling from an almost painfully smart, always generous writer who’s able to look back at the charms and foibles of his younger, rougher self with perspective and endearing humor. There’s only one Bobby Braddock, and he’s in these pages.”
—Barry Mazor, author of Ralph Peer and the Making of Popular Roots Music and Meeting Jimmie Rodgers

“The best book ever written about writing songs on Music Row. Bobby Braddock is arguably the greatest country songwriter of all time. This [book] should be his biggest hit yet.”
—Alice Randall, author of New York Times best seller The Wind Done Gone

“The Country Music Hall of Fame songwriter’s remarkably direct, engaging, outrageously funny, and insightful memoir of his long career on the main stage of Nashville’s storied music business. A gifted songwriter’s intensely personal inside story on the fast track in Nashville, where almost a century of music has generated a wealth of legends, myths, and heartbreakingly true stories. Bobby Braddock has been there for fully half of it—making him its most articulate and unabashed eyewitness to date.”
—John Egerton, award-winning Southern author