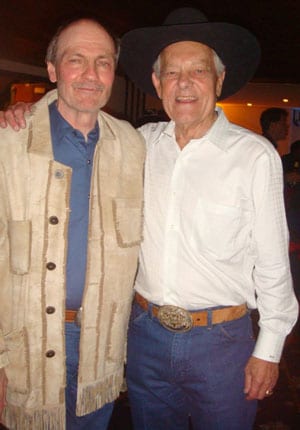 Appropriately Schieffer, a native Texan and avid country music fan chose country music as a theme for the event, which featured a reception, dinner and roast, with entertainment from Braddock’s catalog including “He Stopped Loving Her Today”. The band Honkey Tonk Confidential accompanied Braddock as well as Scheffer, who also stepped in to perform songs of his own.