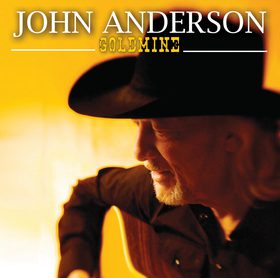 John Anderson will release his new album, Goldmine, on May 26 via his own record label, Bayou Boys Music. The project will include 13 original songs, including 12 tracks written or co-written by Anderson.

“With Goldmine, I thought, first off, I’m going to take my songs into the studio and make a record like I think it ought to be made, without all those other influences,” Anderson says. “I’m more pleased with the sound of this record than I have been in a long time.”

The first single, “I Work a Lot Better” will be shipped to radio on May 11.

Anderson is a member of the Nashville Songwriteres Hall Of Fame and is currently on tour.