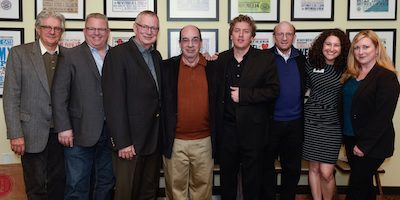 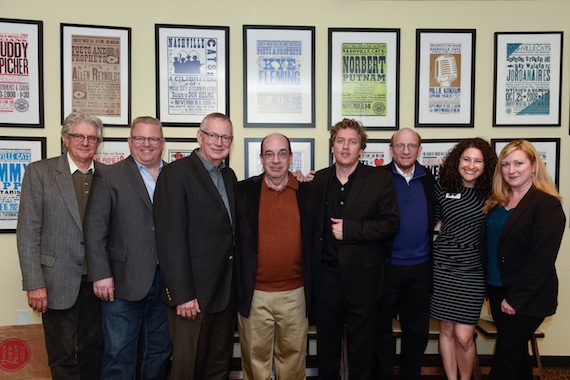 Guests attending the “Concert and Conversation: Ralph Peer and the Making of Country Music” on Saturday at the Country Music Hall of Fame and Museum were treated to a cardinal lesson in music history as author Barry Mazor and second-generation music executive Ralph Peer II sat for a Q&A session with Museum historian Dr. John Rumble. Illuminating the conversation with music ranging from the Carter Family’s “The Storms Are on the Ocean” to George Jones’ early hit “White Lightning“ were Shawn Camp, Mike Bub, Laura Cash, and Larry Atamanuik.
Mazor and Peer outlined the groundbreaking work of Ralph Peer. Working for OKeh Records and later, the Victor Talking Machine Company / RCA Records, Peer crisscrossed the South to research healthy music scenes not served by the mostly-white and mostly upperclass styles that prevailed prior to 1920. He often had mobile recording equipment shipped into strategic cities such as Atlanta, where in 1923 he recorded Fiddlin’ John Carson, the first country artist released on a commercial disc. In Bristol, Tenn., Peer discovered the Carter Family and Jimmie Rodgers, artists whose emotionally moving performances and updated song material set standards for all who followed them. These seminal events only begin to tell the story of Peer’s contributions to the music industry, not only in the United States, but worldwide. As a music publisher, Peer was active in the formation of BMI and played a key role in popularizing many styles, including blues, honky-tonk, bluegrass, rockabilly, and rock & roll.
Peer kept searching out new music and making it broadly available until his death in 1960.