The sides presented during these hearings will aid in crafting changes to copyright law, changes that will affect, among other things, emerging business models, how much digital services will pay for music licenses, and whether songwriters and publishers will be paid higher royalty rates.

“With colleagues on both sides of the aisle, I am developing legislation to address the various problems in existing law in one unified bill — a music omnibus, also known as a ‘MusicBus’ — bringing fairness and efficiency to our music licensing system, and ensuring that no particular business enjoys a special advantage against new and innovative technologies,” Ranking Member of the House Judiciary Subcommittee on Courts, Intellectual Property and the Internet Jerrold Nadler (NY) said. “We can create a better system for radio competitors, for artists and songwriters, and for fans, all of whom depend on a vital healthy market for music and music services.”
Among those appearing to testify were Lee Thomas Miller, Songwriter and President of the Nashville Songwriters Association International; Neil Portnow, President and Chief Executive Officer of The Recording Academy; David Israelite, President and Chief Executive Officer of the National Music Publishers Association; Lee Knife, Executive Director of the Digital Media Association; Michael O’Neill, Chief Executive Officer of BMI; Jim Griffin, Managing Director of OneHouse LLC; and Will Hoyt, Executive Director of the TV Music License Committee.
“The current system is unjust and must be changed. Rules established in 1909, largely to prevent one player piano roll company from becoming a monopoly, require me to grant a compulsory license paying 9.1 cents for the sale of a song, which I split with my co-writers and our music publishers, regardless of what the marketplace might say my song is worth,” NSAI’s Lee Thomas Miller stated. “That’s not much of a pay raise from the original two cents paid in 1909. Royalties from my song performed on an Internet radio station are set under consent decrees from World War II. The judges who determine those rates are forbidden from considering what the marketplace says my song is worth. Consequently, I only receive thousandths of a penny for those performances.” The full transcript of Miller’s testimony is available here.
DiMA Executive Director Knife commented, “In the area of competition, the need to protect licensees from anti-competitive behavior may be greater now than in any time in history, due to the recent consolidation in the recording and music publishing industries. Some, particularly in the context of the licensing of musical works, have taken issue with this notion, and even asked that certain requirements imposed under the Department of Justice’s consent decrees be modified. Before taking this considerable step, we would strongly urge policymakers to review the history of the ASCAP and BMI consent decrees—which is attached to this testimony—and also recent federal court cases which have made note of continuing anti-competitive behavior carried out by various parties acting on behalf of the music publishing industry.” His full comments are available here.
Portnow said, “There are many serious discussions about music royalty rates today: which are too low, which are too high, and what is fair. Yet AM/FM terrestrial radio broadcasters continue to deny musicians any right whatsoever to performance royalties for the use of their music, which radio giants use to make billions in annual advertising revenue. Terrestrial radio is the only industry in America that’s built on using another’s intellectual property without permission or compensation. Broadcasters in every other developed country in the world compensate performers. The result is that the U.S., which should be the standard bearer for intellectual property rights, is among such countries as China, North Korea and Iran, which do not recognize these fundamental rights. The National Association of Broadcasters has spent a lot of money lobbying to maintain their free ride. During each session of Congress, they spread myths that never stand up to any reasonable assessment of the facts.”
NAB Joint Chair Charles Warfield, SiriusXM VP/CFO David Frear, and Pandora General Counsel Delida Costin will represent radio during the upcoming second House Judiciary Committee hearing on June 24. 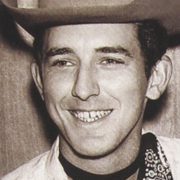 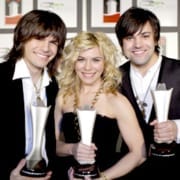 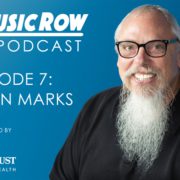